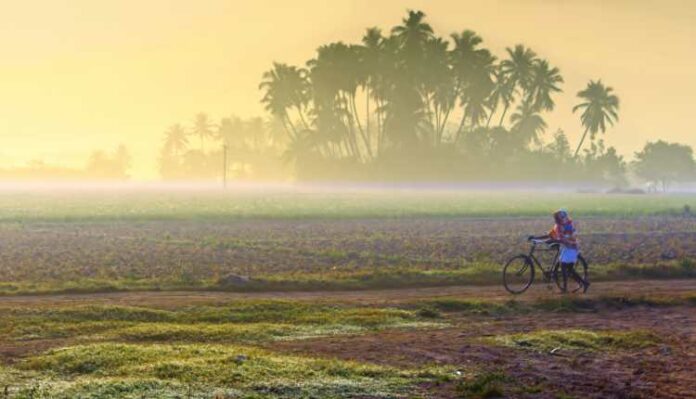 The world is moving towards an era of digitalization; one section of society remains unaware of this glamour and fame. The poor or people below the poverty line or the marginalized section of the society are yet to get these basic amenities. These basic amenities are very much essential for living a decent and healthy life. These basic amenities are important for improving the economic and qualitative growth of the life of an individual. The basic amenities include safe water, school, food, healthcare facilities, fuel, electricity, housing, sanitation, and other recreational facilities. These amenities stand to be non-negotiable and are very important for the inclusive growth of the economy. The negligence on the part of individuals to ensure the availability of these basic amenities can put the future of many young children in danger. The government has been spending hundreds and crores on the education sector to improve the qualitative aspect of it, but these efforts have not been able to contribute to the life of marginalized and poor sections of the society. There are few states in the country that are still to get a basic education. The investment in the development of those in need has been negligible in nature and has increased the gap between the poor and rich. Many studies and researches conducted worldwide show that the lack of these basic amenities is affecting the work culture and the normal life of individuals, which results in deteriorating health of the workers and their future.

The situation in the village is worsening because it is affecting the health of women, children, and elderly people that is affecting the whole family on a large scale.  The poor health or the individuals’ deteriorating health have directly affected the employment rate because poor health doesn’t allow them to work at their best and earn a living for their survival. It is high time that people residing in the country take the initiative for themselves because if they wait for the government, it would be too late by the time their turn comes.

The ways in which the basic amenities can be improved in the country are as follows:

1. CREATING COMMUNITIES WITHIN THEMSELVES – The creation of communities in the village is a very sustainable approach towards the development of rural areas. The poor and the marginalized section of the society should engage in creating community assets, for instance, public toilets, water bodies, community space for various recreational events.

2. IMPLEMENTING GOVERNMENT SCHEMES – There are various government schemes that focus on the poor and needy of the country. For example, Pradhan Mantri Jan Dhan Yojna was an initiative to open bank accounts for the poor people to avoid the intermediaries, Sukanya Samriddhi Yojna that was launched under the scheme of Beti Bachao, Beti Padhao to help the women in the society to achieve the milestone of getting an education, and Pradhan Mantri Jeevan Jyoti Bima Yojna. All of these schemes were to improve the qualitative aspect of life for the poor and needy.

3. SPEND ON BASIC AMENITIES – There have been a lot of instances where people tend to spend more on culture, tradition, and customs but on basic amenities. The people in rural areas should be encouraged to spend their earnings on improving the standards of living and basic amenities.

4. USING WATER AS AN ELECTRICITY MEDIUM – The movement of water can be used to generate electricity. The common type of hydroelectric power generates electricity by using a river or a dam to store water in a reservoir. Water is then released from there, and then water flows from the turbine spinning it, which starts the generator and generates electricity. This technology has got a lot of popularity after the initial outcome of the whole process.

5. EDUCATING EVERY CHILD – Education is the most powerful weapon that an individual can use to shape his/her future. An individual can use education as a tool that can help them to become independent and live their life on own terms and conditions. The poor and marginalized section of the society is largely dependent on the support system that is provided by the government of the country, and even the slightest delay in the support that is provided by the government makes their conditions even worse.

The condition of these people in rural areas of many countries is in the worst conditions. The Adivasis, tribals, Dalits, and many other communities in the country are yet to be aware of their rights that they can claim. They are not the well-recognized groups because of which the focus of the government lies somewhere in the cities and already developed states. Corporate philanthropy, which is responsible for making available these basic amenities to individuals, has not done much favouring the citizens, specifically for the marginalized and the poor section of the society. The corporate social responsibility that ensures companies participate in the welfare of the individuals who are getting affected by their actions also remains in vain.

The Panchayati institutions must focus more on the planning and implementation of the programs and schemes that have been introduced by the government of the country. There are several schemes, for instance, MGNREGS, LPG cooking gas for poor women, water for these sections of the society, Swachh Bharat sanitation program, toilet, Mukhya Mantri Adibandha Yojana of State Government, Pradhan Mantri Awas Yojana, and many others, which ensures a better living for these marginalized sections of the society.

The 14th finance commission had created a scope where the government was advised to spend more on the public facilities, but the implementation of all those suggestions and schemes are yet to be seen.