Swachh Bharat Report: You Will Be Surprised To See the Swachh India Stats 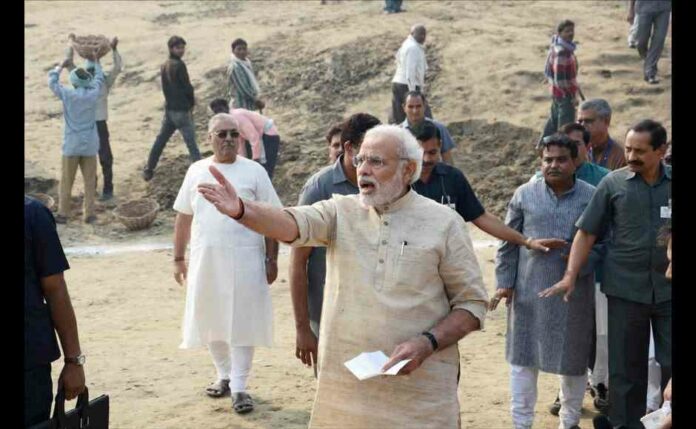 Swachh Bharat Abhiyan (Clean India Mission) as many might know was launched by Prime Minister Narendra Modi with the aim to make India clean. Especially on streets, roads, infrastructure, small towns and rural areas. It hopes to achieve success by 2019 on Mahatma Gandhi’s 150th birth anniversary.

It was launched on 2nd October 2014 and was launched with welcoming arms. Prime Minister Narendra Modi said while launching it, “We are living in the twenty first century. Did it ever pained us that our mothers and sisters have to defecate in the open? I, therefore, have to launch a ‘Clean India’ (Swachh Bharat) campaign from second October. This year. And carry it forward in four years. I want to make a beginning today itself and that is — all schools in the country should have toilets with separate toilets for girls.” He said so on Independence Day, year 2014.

That was three years ago. One fourth of which were already over. Makes one wonder just how much things have actually changed. Was there anything which actually got accomplished? Did we achieve something, however much it may be? There is not much evidence to back up critics or supporters. The surveys (given below) remained vague in their details. The government also remained vague on how it planned on executing such a huge plan.

Sure, the website it full of statistics on toilet construction, but these details might be biased. Since, let us face it. Most of these details have been input from people whose salary depend on the management of toilet and not by unbiased, second parties. These details are also negligent of evidences which say otherwise. The government created these latrines, they promoted creation of these latrines but in the process, they ignored the vital act of promoting the actual use of latrines! According to independent researchers, there have been lots of people who do not wish to use toilets which the government is creating or have sanctioned for various reasons.

A well’s frog sort of situation which the government should have seen coming from miles. These people choose to defecate outside despite having a toilet in their houses or anywhere else. The reason could be the reluctance to excrete (and hence ‘collect’) poop or urine in the vicinity of their houses. A similar stigma is menstruation where women or girls (females) are prohibited from entering temples during their monthly period of bleeding. Anyway, the rural India is under a false belief of how the toilet with gets emptied. They need to be informed about the working or the mechanics of the toilet. The main problem is not lack of toilet but lack of people wanting to use toilet. These surveys do not take into account the actual use of surveys or how many people still choose to take a dump outside, hidden behind the bushes and shrubs.

The state wise approval of toilets in rural household go as follows:

It is wise to note that in Goa and Pondicherry, no toilets or zero toilets were approved. Swachh Sarvekshan or Annual Cleanliness Survey by Ministry of Urban Development and Quality Council of India was made to answer the said question: how much of it has actually helped or has worked?

By definition it is a sanitation survey which checks the progress and impact of Swachh Bharat Mission on various cities, towns and villages in India. The parameters governing this include:

It was last conducted on 4th January 2017 and 7th February 2017. The cities which came in top ten include:

While the dirtiest cities include:

NARSS, that is The National Annual Rural Sanitation Survey, was conducted between November 2017 and March 2018. It was conducted to establish baseline according to DLI (Disbursement Linked Indicators) for World Bank project support. Of course, for the Swachh Bharact Abhiyan. IPE Global Limited along with Hindustan Thompson Associates Private Limited, represented by Kantar Public got selected to undertake National Annual Rural Sanitation Survey. According to the official government website, the bidding process was competitive and extremely close.

So, NARSS surveyed about 92040 households in approximately 6136 villages in various states and Union Territories. Even Schools, anganwari and public toilets were examined in these villages. All of it was supervised under the wise eyes of Expert Working Group (EWG)’s Chairman, Professor Amitabh Kundu and co-chairman Dr. N.C. Saxena. Expert Working Group consisted of UNICEF, WORLD BANK, WATER AID, BMGF, NSSO, NITI Aayog and International Experts like Dr. Bindeshwar Pathak.

According to NARSS, 77% households were discovered to have access to toilets. Of them, 93.4% people actually used those toilets. 95.6% villages were actually confirmed to be Open Defecation Free. And 70% had minimal litter and stagnant water.

The survey protocol was approved by an Expert Working Group, the World Bank and the Ministry of Drinking Water and Sanitation. In each 6136 village, the toilet creation and usage were surveyed. To top to it all, village surroundings was also taken into account. Like presence of litter, stagnant water and fecal matter.

All the data was collected using Computer Assisted Personal Interviewing Technique (CAPI) and was stored in a secured cloud-based server.

Another way to write the above detail would be: Identification of eligible household by listing exercise followed by team visit and addressing consent and assent. The respondent interviewed using Computer Assisted Personal Interview (CAPI) and finally, the data is uploaded.

The disbursement linked indicators include:

NARSS will annually measure the above given World Bank Disbursement Linked Indicators. An Open Defecation Free Village is conformed to be one if it has no visible feces in the environment of the village and if every household and public and community institution (school, anganwari etc.) are found to be using safe technology to dispose of excrement. Basically, a village needs to maintain proper hygiene.

Presence of visible fecal matter in the village environment. According to the website, average access to toilets in these villages (55) were over 95%. Case in point, people need to be taught that toilets are not their enemies.

If recapitulated, the amount of toilet required for an Open Defecation Free India is being 11 crore, 8 crores more toilets are still left to be built. The rural sanitation coverage for India has gone up to 74.22 percent. An optimistic number when compared to the previous 38.70 percent. The increase is 36 percent. The rural district administrations have been conducting campaigns, awareness programs and involving community programs to spread awareness about the importance of toilet and using it. An advertisement saying, ‘clean a village and earn 2 lakhs’ was seen online.

The district administration managed to construct toilet in the orthodox and geographically difficult terrain of Rajasthan and Haryana. It is seen as a luxury since recently, Dungarpur of Rajasthan and Orchha of Madhya Pradesh was in the news for low water supply. Water pipelines were installed in villages suffering from lack of water supply and hence, brought about a huge change in the sanitation department. An inspiring tale would be about how women in Dungarpur of Rajasthan, built over 75,000 toilets in just 100 days. Another would be of how a 50-year-old woman from Coimbatore took it on herself to spread the message of a clean India all over the country.

An official from the Ministry of Drinking Water and Sanitation Department said, “Now that the 56 percent of the districts have been declared open defecation free, we are on our way to achieve the October 2nd deadline. The mission is now far more organized than it once was. Everything is systematic. Regular meetings are organized in every district around India. Reports are sent and given on the progress made by these districts. All states have made clean India their priority. They are making sure that the path to a cleaner India progresses faster than before. All of us a sure and confident in ours ability to achieve the set target though the time now left is less.”

With optimism comes cynicism. Few dared to question how the rest of the 300 rural and urban India can become open defecation free. Yes, the Swachh Bharat Abhiyan has done a good job in being able to construct such number of toilets and at the same time, monitor the verified open defecation free villages. But the question remains: what about the rest? The Centre should be wary of hurrying just to meet the target. A hurried job can compromise on a good job. The toilets might turn out to unusable. Thus, it will defeat the purpose and finance gone into creating the mission and implementing it. The focus should be on the mission as compared to the target. It should be beneficial in the long run.

While things are improving for the rural Indian, Urban Indian seems to be struggling. Recently, Mumbai became a verified open defecation free city with more than 6,000 toilets to its name. Then there is Hyderabad which became verified open defecation free city with 8,000 toilets. There were approximately 1,330 cities which were verified as an open defecation city. 1,330 out of 4,041. A welcome change when compared to previous stats, but nothing brilliant. In urban India to meet the target, about 60 lakhs still needs to be built by 2019, October 2nd.

After all this, it is wise to know and remember that all these declarations might be biased. There is no standard verification process. The process varies state to state so will the result. All of the survey follows the creation of toilets, not their actual use of disuse. An example would be about how the World Bank did not grant the first loan installment because India failed to fulfill the condition of conducting and declaring the independent survey result. The World Bank ranks the current implementation as moderately unsatisfactory.

Fortunately, Swachh Bharat Abhiyan has moved its attention from constructing toilets to the actual use of it (to some extent at least). The government seems to have the mentality of ‘create and people will flock to it’. This does not seem to be the case as Dean Spears explained in his book, ‘Where India Goes: Abandoned Toilets, Stunted Development and the Costs of Caste’. Caste refers to how as soon as the pits get filled, the lower caste people will be ordered or have to empty them.