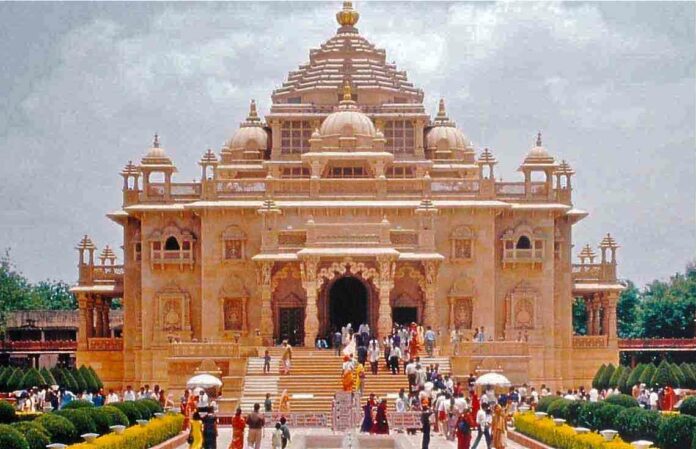 India is a country loaded with spiritual and religious souls. The soul of pure people, the soul of generous people, the soul of feminist. The people are totally inclined to God and always favor anything that makes them nearer to the same. Here people belonging to multiple religion practice their rituals and culture. This profound love and faithfulness towards their religion is the reason that no of temples, mosques, gurudwara, churches are always filled with their presence. These places are a source with with they acquire extreme solace and provide devotion to their deity. Some of the most popular and devotional places are mentioned below :- 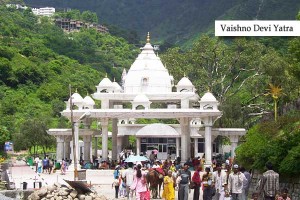 Vaishno Devi Temple the  well known Temple is one of the most popular among Religious Destinations. The Temple is located in Katra(jammu and kashmir). The origin of the Temple is yet to be known but predictions claims it to be One million year old. The Temple is considered to be the holiest and pure of all the other Temples. The Temple is basically dedicated to Goddess Shakti thus representing the power of a woman. More than 8 million devotees every year give their attendance to Mata Rani. The route, however now improved, is planted on the mountains but the tiredness of body and the soreness of legs does not prove to be an obstacle in devotees way. The scenic and exquisite beauty of the place will make you fall in love with it. Some vehicles are well arranged like horses, pithu, auto rickshaw, chopper etc taking good care for those who are less strong especially old age people and those who do not mind spending an extra amount for their comfort. 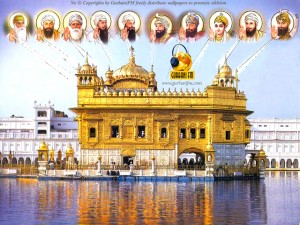 The Golden Temple is situated in Amritsar and was constructed in 1604. It is considered to be the central religious place for Sikhs symbolising brotherhood and equality towards every Religion and Individual. The place offers a peaceful and pure environment to the visitors. The Temple has four entrances and a large lake consisting “Amrit”(holy water)spread across the shrine.Over 100,000 people on daily basis visit the holy shrine for worshipping.Another major popular custom of the Temple is the “Langar” that is served here as “Prashad” to everyone irrespective of caste, colour, creed and gender. 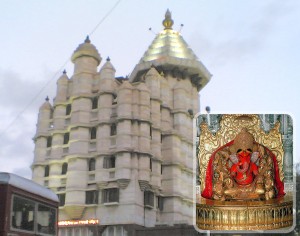 Shree Siddhivinayak Temple is located Mumbai, Maharashtra. Shree Siddhivinayak Temple is dedicated to Lord Ganesh who is considered to be the supreme deity to be worshipped first and foremost. This two century old Temple fulfils the desires and wishes of worshippers and also destroy their obstacles. The idol has four hands, which contains a lotus in upper right, a small axe in upper left, holy beads in the lower right and a bowl full of Modaks and accompanying it are the incarnations of Riddhi and Siddhi that signifies fulfilment and prosperity. 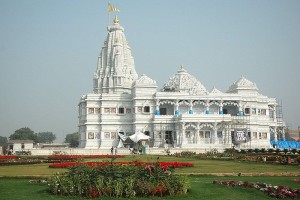 Vrindavan is located in the district of Mathura. The place is considered to be the most sacred pilgrimage place in India due to the beliefs that Lord Krishna stays here in actual. Another reason for it’s popularity is the cintamani gems and many jewel palaces and temples present here. Some of the hallowed places in the Land Of Krishna are Banke Bihari Temple, Prem Mandir, The Sacred Lake Kusum Sarovar, ISKCON Temple, Keshi Ghat and Nidhivan among several others. 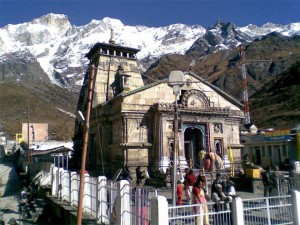 The magnificent temple of Kedarnath is situated high in the Himalayas at a height of 3581 mt. above sea-level. Kedarnath is situated in Uttarakhand and is one the twelve jyotilinga’s of Lord Shiva. The Temple was created in 8th century A.D. Kedarnath is one of the most prominent sacred pilgrimages, particularly for the Hindus.The mesmerizing and splendid sceneries in the form of the snow-fed mountains, rhododendron forests, and salubrious environment make the place truly exquisite. 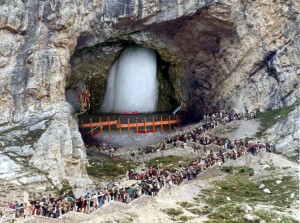 Amarnath Cave is located in Jammu and  Kashmir and is dedicated to Lord Shiva.  The cave is covered with snowy mountains. The cave is considered one of the holiest and sacred place by Hindus. Hundreds and Thousands of devotees visit the holy shrine challenging the huge mountains just to catch a glimpse of the  ice stalagmite  formed inside the cave. 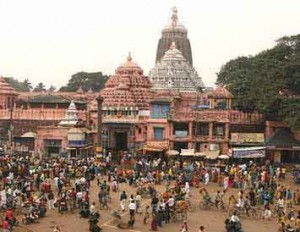 Puri is one of the four holy dhamas of India and is located on the coast of the Bay Of Bengal.The name Jagannath literally means the Lord of the Universe.This temple has the largest kitchen in the world feeding thousands of devotees regularly. The main Deities in the temple are Lord Jagannath, His brother Lord Baladeva, and his sister Subhadra. There are 4 gates for entering the place:- 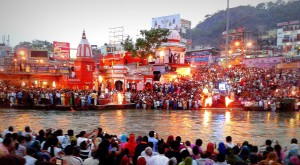 Haridwar is located in Uttarakhand. Surrounded by River Ganga the place provides a piece of mind to the people. The Ganga River itself consisit of Holy water in which people take a dip to purify themselves. The beauty of the place is enhanced during evening with diyas and flowers floating lights up Ganga. Haridwar is also a centre for learning different arts & culture and its ayurvedic and herbal medicines. 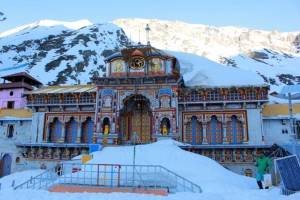 One of the most religious towns in India Badrinath is located in Uttarakhand. Badrinath is believed to be the home of Lord Vishnu and Badrinathji. It is stated that they stayed here for meditation purpose. Thus the place offers to you a world of peace and harmony without the involvement of the outside world and also takes you closer to the supreme Power.

Shirdi is located in Maharastra and is full with  devotees on all seasons belonging to different caste and regions. Shirdi Sai Temple was built over Samadhi of Sai Baba. The Temple was established in 1922. Sai Baba lived in a mosque and after his death his body was cremated in a temple.  Sail Baba followed “Shraddha” and “Saburi”  meaning “Faith” and “Compassion” throughout his life and guided his follwers to walk on his path.