Busting Myths: Why Even Men Need Fe(men)ism in Today’s Age and Day 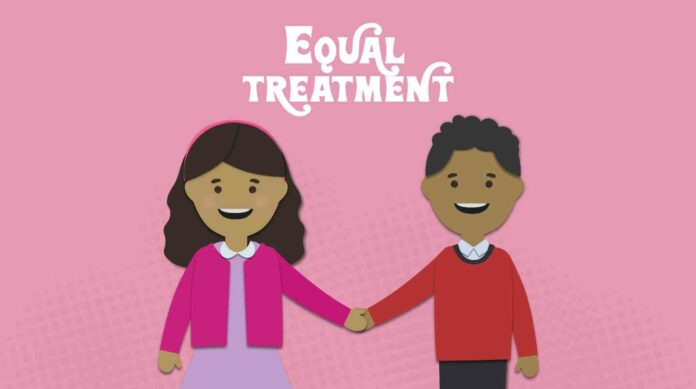 Online, there are plenty of unsatisfied men who moan and groan about feminism being stupid. Comments like, “you can do whatever you want, but do not cry when no one wants you,” flood comment section of various websites. There are plenty of weird groups emerging out of nowhere like incels (involuntarily celibate), Men Go Their Own Way (MGTOW) and much criticized yet also applauded Men’s Right’s Activist (MRA who are criticized for being anti-feminist or anti-woman but not pro-men). One can argue that the overwhelming amount of injustice put on men is due to feminism, but one can easily counter argue by saying, “no. It is patriarchy.”

Feminism stands for equality among men and women. Not empowerment of one gender over another. Like men need woman, woman need men, too. Not just for sexual gratification, but things beyond it.

Where patriarchy reduced women to walking sexual objects, it did not remain soft towards men.

Mard ko dard nahi hota (a popular dialogue said by Amitabh Bachaan which translates to: Real Men do not feel pain).
Pink is for girls. If a man wears it, he is gay.
Men do not cry.

Masculinity is a toxic concept. It asks a man to hold their emotions. Do you want to cry? You cannot. You are torn after a break up? Are you for real? You enjoy watching sappy movies like The Notebook? Gah! Gay. Feminism raised the question against all these beliefs. Jokes about male to male sexual harassment in prison (soap drop and shorts) are frequently laughed at. Ignoring the negative connotations connected to it.

Pink was once a color for boys. Even if it was not, men look pretty good in it.

Men can cry. Men should cry. They should cry out rather than die on the inside.

Here’s the blunt truth: Men might not want it. Men are raped, too. By woman as well as men.

The whole concept of ‘man up’ is stupid, toxic and dangerous. It stunts their emotional maturity which is very, very, very important. According to a survey conducted by an NGO, more men commit suicide as compared to women. Something to think about.

Feminism recognizes it. It understands that women cannot attain equality until and unless men attain it as well. It also understands how women are not made of sugar, spice and everything nice. And that’s not every man is made of nitrogenous wastes.

If a man does not wish to fight a battle, he is not a coward. He should not be shamed. It has been his choice just like wearing skirts is a female’s choice and not a slut’s.

If a man chooses to wear pink. He is not gay. Just because he takes care of himself, does not make him gay. It just means he cares for himself. He is not pretentious. He has been just aware.

Men can wear makeup and rock it.

Those who made the constitution decided to give female’s the right to alimony and half the property. Even if she herself is earning better than or equal to the man. Many men complain about it. How ultimately, most of the time, the child custody ends up in the hand of the mother (although it is a case sensitive matter). They tag feminism to the be the cause of it. Not pointing fingers but the constitution assembly was mostly made of men who thought females’ incapable of putting on tampon and going to work. We need to understand that sometimes males can be both father and mother. Sure, they might not be able to breast feed, but in this day and age is that really something which is a limitation?

This gives rise to another thing: teach men. It is for the advantage of men only. Teaching men how to respect others induces in them a sense of reliability and responsibility. Respect is a thing which is highly looked upon.

Now that females are being slightly more open about the daily occurrences, men are starting to realize the trials and tribulations. A mutual sense of respect has begun to emerge. Thus, rendering work space, comparatively, a better environment. None of the two are alien species.

With the Lioness out of the court, countries have begun to develop at a far better speed. Remove oil from Saudi Arabia and watch the mighty fall. Remove guns from America and watch it rise. A house in current expensive, time could meet ends if both man and woman would work. This would also help remove the extra pressure bending a man’s back.

Feminism tells men to cry if they want to.

Wear pink if you wish to. Pink is neither girly nor gay. It is a color just like blue, yellow and orange.

Drunk dial your ex and later moan about it. There is no reason to act strong when you want to cry.

Back away from fight. It is not cowardly to want peace. Being a coward is not directly proportional to being stupid.

Talk about things which have you in shackles.

Fundamentally, not all feminists are red heads demanding annihilation of men.