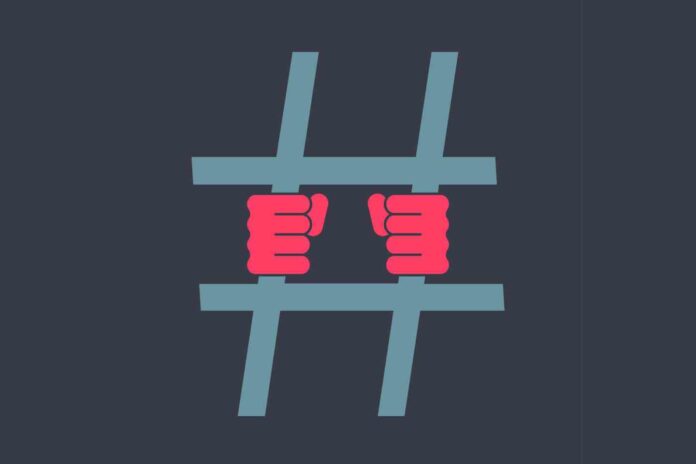 Can you  live two weeks without social media? Social media can help you stay in touch with the people across the World, view their photos and see their activities. You can communicate in many ways using social media, you can send messages, post comments or chat in real time using the Instant chatting features when other people are online at the same time as you.

You can also post “Status Updates”, which is a remarkable part of social networking, which allows you to let all the people in your social circle know what is your current activities or the thoughts are.

Reading status updates are an easy way to keep yourself up to date with what the people in your social network have been up to. You can also add comments to status updates to let your friends know what you think about their activities. You can send messages using social media, these are just like emails, but are built into the social media websites, so you can easily add links, photos or videos to your messages.

There are no limits or boundaries between countries and the people across the world. There is a famous song in India, —

and now I want to add one more word in it —

There are no barriers and restrictions and you don’t need to have a passport and visa to to meet the peoples in the other countries in the virtual world.

Even I have many friends in my social media list and many of them are from different countries like Denmark, USA, London and Nepal. Here on social media, we can talk daily without seeking permission from the government or any documentation such as passport, visa or permit. I want to give an example of my student who is from Nepal and his father is doing job here in India and when he comes in every summer vacation and I teach him computers. Now he is in Nepal, but whenever he finds difficulty in any question he asks through Facebook. Not only this, even his father can talk him with the help of social media and that’s without paying a lot of telephone bill.

Social networks like Facebook, Twitter and Google Plus and the entertainment-cum-social site YouTube have rapidly become a part of many people’s day to day lives, especially for those younger generations who have grown up with so much of technology at their fingertips.

I often hear from most of the people that they have no time for using social-media as according to them it is all about time investment and waste of time. But, actually I think that, it’s often a more efficient use of time that offers better processes to manage our work and though the challenges can be huge, but a social presence is becoming a necessity for everyone whether they are politicians, business personalities, actors or the common people.

I hesitated when I begin using Twitter and Facebook, but I quickly able to manage and I was amazed to see that how it helped me to process and crystallize the ideas. Most importantly, it challenged me to stay in current affairs and engaged in ongoing public conversation that surrounded our work. I very quickly learnt a lot about many organizations in which we worked and the people supported and are still supporting. By profession I am a teacher and these platform help me to stay connected with my students while gaining knowledge and information about the new things.

Since I joined social media I become exposed to far more than I would have never found on my own. By following the right people, I receive updates from journalists, teachers, consultants and lot more folks. In a way when it has been used well, I have found it to be a great way, particularly in large organizations, to connect different areas of the organization and to increase the understanding of our work internally. This has improved the capacity of an organization to collaborate, communicate and drive the challenges collectively that was never possible before and that’s without any additional burden of expenses.

Genuinely, I have really enjoyed the company of the people over social media because of the positive feedback, support and thoughtful dialogue. With social media I have experienced that without social media you cannot have a strong bond of relationship with your supporter. I regularly update my blog and Facebook page which is almost my routine work and sometime I believe that I cannot live without it.

Over social media I have raised question to the people and I was amazed to see the response:

Different Types of Social Media that Regularly We Use


Social Media integrates technology, social interaction, and content creation collaboratively to connect information available online. Through social media, people or groups can create, organize, edit, comment on, combine, and share content, in the process helping agencies to achieve their mission goals in a better way. Here are the most commonly-used types of social media.

Blogs (e.g., WordPress):
Blogs are online journals where the author can write (blog) about any interest he wants. The blogger can also use the blog to share content picked up from other social media sites (YouTube, Issuu) by taking the advantage of the simple HTML embed codes that are offered by almost every known public websites.

Microblogs (e.g., Twitter) :
Microblogging is a broadcast medium in the form of blogging. A microblog differs from a traditional blog in that its content is typically smaller in both actual and aggregate file size. Microblogs “allow users to exchange small elements of content such as short sentences, individual images, or video links”. These small messages are sometimes called micropost.

Twitter is the largest microblogging and thought broadcasting website in the World since last past few years.

Wikis (e.g., Wikipedia):
A wiki refers to content created online as a result of multiple users working on the same content, but at different times and from different places.

Wiki means — anyone can create or edit for free and it doesn’t require any permission unless you are using restricted contents.

Video (YouTube):
YouTube is one of the largest library for digital records like movies, videos, documentaries, TV serials, games videos etc. Here on YouTube the videos are being uploaded by the users, organization or an individual which is accessible to the public until the uploader has restricted it through some special options.

The YouTube allow user to restrict the accessibility of the videos on various grounds which includes age-restriction to the country.

Though YouTube is not the only site which is letting you watch videos and movies for free; there are several other websites such as Dailymotion.com which is less popular as compared to the YouTube.

Podcasts:
A podcast is a type of digital media consist of an episodic series of audio, radio, video, PDF, or ePub-files subscribed to and downloaded through web syndication or streamed online to a computer or a mobile device. The word is a neologism derived from “broadcast” and “pod” after the success of the iPod, as audio podcasts are often listen to on portable media players. Another derivation of the word Podcast is believed to consist of Personal On Demand Broadcast.

The Creator : This is the person who creates and generate the content online. This type of user publishes blog posts or web pages, upload videos, images and audio. The content generated by this user is accessible publicly.

The Critic: This type of person responses to the content creator by giving feedback back on the posts in the form of comment, ratings and reviews of the products and the services.

The critic can be good as well as bad. The good critic appreciates the content creator where the bad critic gives negative feedback.

The Collector: The person who organizes content for themselves or others using RSS feeds, social bookmarking (ex: Digg) and photo or page tagging.

The Spectator- This type is probably the most common – The person who reads blogs, view user-generated videos (ex: YouTube), reads online forums, listens to podcasts and frequently searches for user reviews and the ratings.

The Inactive: The person who come online , but in no way participates in any form of social media. Doesn’t post anything or read anything such as user-generated content.

This type of users is becoming very rarer as almost all the sites integrating social media elements into their website which has compelled the inactive users to participate in one or another way.

What are positive and negative impact of social media?

In this category we want the most innovative uses of the social media and what impact they’ve had or experienced. This category is for the best uses of social media in the public sector. The best example are the projects that are using social media to widen up their reach, increase sales and build a strong marketing networking.

As per 2016 statics Social Networking sites are getting giant every day. There are 1.23 billion active users on Facebook and 313 million on Twitter and that’s we are not even counting Blogs and the YouTube. Users are getting more and more engaged on these websites, but what negative and positive effects these websites are having is the major concern of the parents. In the next paragraph we have discussed the concerns of the parents.

The Positive Impact and Effect of Using Social Media

Today joining new platform is much easier than before. Today, being on one platform you can join another by a just click since most of the websites are now interconnected through API the so called Application Programming Interface.

Today teenagers are not even hesitating in sharing the photographs of their friends and family members who are not quitting smoking. A new study suggests that the teenagers are now giving more priority in career building and having good habits.

Now, the Negative Impact and Effect of Using Social Media

The study shows that in the past few years the numbers of case of Cyber Crime have increased drastically and still it in on its age of increasing. Obstacle by Cyber Crime in the virtual world require debate and discussion separately.

We understand very well that everything has two sides — negative and the positive. When it comes to a dilemma we generally compare the both things which says, social media has now become a vital part of our day to day life and it is not even possible to imagine a world without social media.

Despite of a lot of negative impact, it is still one of the major growing business in the virtual world and there is no doubt it is helping millions of people in career building, gaining knowledge and being social.