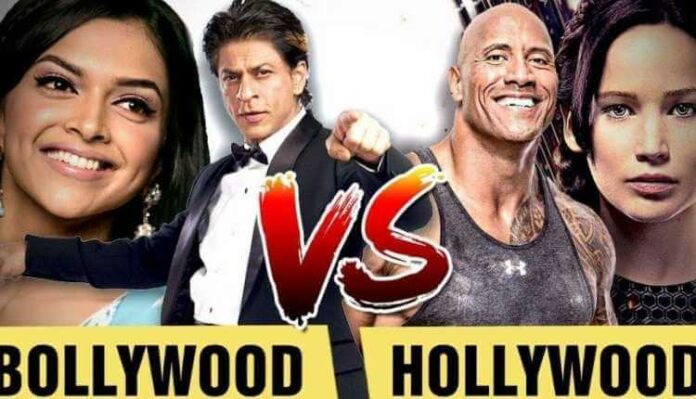 In this article, we will have a look at some point of the differences between a career in Bollywood versus Hollywood:-

There are some standards or norms decided for the person working especially in the Bollywood cinema industry. Time had changed a lot but still, there are some stereotypes that demand certain physiques or appearances of the actor and actress to be cast into a film. In Bollywood, most actors are required to show off their muscular bodies, six-packs abs. They have set their standard to thin and slim actors. While there hasn’t any such guidelines or criteria in Hollywood. Plus-sized actors are also cast in lead roles. Actress in Bollywood mainly is required to be lean and slender, while in Hollywood there are not such a restriction or rules imposed upon.

An individual who wants to make a career in acting can join courses and training from any school of arts. Many Bollywood celebrities have been opened the classes and schools for providing the training and short term certificate and diploma courses in acting. There are few schools of drama in India that offer the acting programs round the year. It is very hard to make a place in this field, but if an individual has a passion, dedication, good memorization, and communication skill success will definitely find its way. Some of the acting schools provide the opportunity to work in add films and TV serials. Nowadays there are many live talent shows, for that audition happens from time to time a person who is waiting for a chance in this field can appear for the audition and show their full zeal and performance to make the most of this opportunity and make the career in it. In Hollywood a person who had made acting, it’s choice can starts with Acting training, since it is vitally important in the actors, actress career.

There is formal acting training that comes from two places drama school or university. There are many best Acting Schools in the UK and London. Formal education in acting provides future actors & actresses with 3-4 years of acting training and theory. At the end actors also get their BA/BFA diplomas and can either go to study further and get out into the world and start working as an actor and actresses. There are acting schools also that do not provide any form of a degree or even certificate and are privately owned. They teach more practical techniques of acting. These classes make it possible for actors to work at their survival jobs, audition, do acting work, and train without sacrificing either one. Acting training is a very important part of an individual resume. In Hollywood, there are drama clubs, local community theatre for getting the acting experience without investing any money.

In terms of revenue making of Bollywood and Hollywood, there are some major differences as in India movies are not only made in Hindi but also in many other regional languages as Tamil, Telugu, Marathi, Punjabi etc.but it is not made for an international audience, while in Hollywood movies are made in English hence it becomes quite popular in other English speaking countries also. For instance, Hollywood movie Avenger Infinity War has generated Rs.280 crore revenue in India and had become one of the highest revenue generated movies, so some of the Hollywood movies become popular in India also since they dubbed their movie in different languages. Ticket prices are also low in India, compared to America. Hence also generate less revenue. Movie screens are low in Bollywood compared to Hollywood. As in India approx. there maybe 8000 to 9000 movie screens. While in America, there are more than 40,000 movie screens. Since if there are more movie screens more profit can be generated by the release of the movie. Technology-wise also since Hollywood movies have more budget hence more advanced compared to Bollywood.

Thus overall, having a good step by step plan on how to start an acting career and how to reach your destination will put an individual ahead of many other acting hurdles. The main thing is the person who wants to join the film industry has to work at it and should stay consistent with it.