Clean Politics: Does It Really Exist in India? 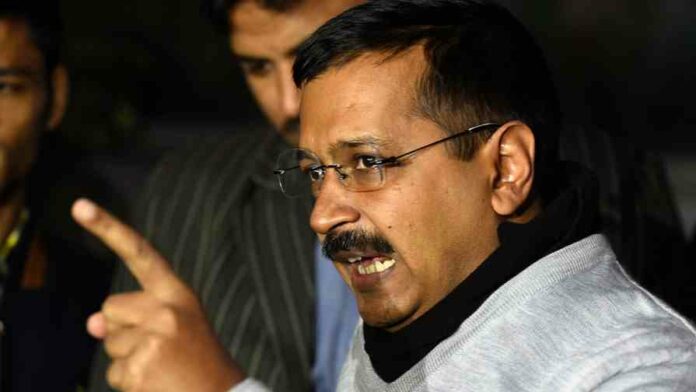 Clean and dirty politics in India has been a question since before. Talking about dirty politics in India is not a new thing anymore, we have seen dirty politics hitting since years with so much of scams/scandals and corruption. Now we as a society are aware of it, thus we feel unsafe in our nation. Isn’t it a bad thing. Only if we will have a clear vision of growth, and loyal leaders committed to policies- providing empowerment to each citizen, confirming safety and well being, we will have clean and clear politics running in India. Not only this we will aim to have safer nation.

The voter must look forward to these qualities in a leader for clean politics and corruption free nation. Yes, we as a nations candidate makes politics work for development and needs by approaching legal offices, and if the scenario exists that they are not ready to help society, we reach to media exposing them, but why they are always out looked, Is it us society, who is going wrong? Or is it administered not looking over to their duties, why they appear pretending like they are always supporting their people, No involvement of them why they have never been seen? When we see voting coming closer, we see leaders, their people running campaigns, providing help, But have you ever made a thought; Why is it this way? Are they only seeking for votes or also looking forward for safe and corruption free nation.

Now people have just built anger with them is looking leaders exercising for wrong, but not for the right. It’s a time for society to act wisely and to choose a better leader/administration to put a ban on vulgar politics discussions. India’s current Prime Minister, Narendra Modi has always been seen for the good in the media, he made a statement while discussing about ongoing dirty politics, he said ” Who say’s that clean politics cannot happen? I have come to cleanse politics.” Modi I have been a supporter to nation, serving good and best he could, let’s see what he can make possible. Yes, we as a citizen expects this from him. Among all Narendra Modi appears to be the perfect candidate. He is supportive of the nation, he seems to stand facing opposition even when he doesn’t have a good hand on his shoulder. There was no support from all parties for Prime Minister Mr. Modi. Yes! Because politicians, leaders were busy playing their dirty politics, they seem not bothered for helping people. Narendra Modi strongest opponent opposing congress appears to work ahead for winning good for the nation.

Here is a political controversy between Narendra Modi and Shankersinh Vaghela. Shankarsinh Vaghela, the former BJP candidate who had left BJP, just to form his own political party, he was blessed with a chance to be Chief Minister of Gujarat and show his support to the citizen, which he failed to keep up for term, and then he joined Congress, seeing failure. Here he appears just running for his spot, people’s need is on the side. And that’s when he started putting allegations on Modi, for whatever he does. Here seems clear dirty politics changing parties for own benefit. It even came across when he fasts, Shankarsinh Vaghela does the same. Here it appears these people are just fighting for their position, people’s need is left aside with no prior attention.

Vir Sanghvi, had seem admitting to facing several criminal charges in his own affidavit for his candidate, in Parliament Election 2014. There is so much of talk, discussion going on, how to ban criminal from politics, But Prime Minister has said ” I have a car and I have promised to clean Indian Politics. We as citizen hope from Prime Minister for fighting against this dirty politics game, hope we see Mr. Modi not backing out from cleaning this politics. Also Modi exclaims, I would not let criminals in parliament took on the my secure powers, will get rid of criminals in this parliament. It has come across that, Full third of the Bhartiya Janta Party candidate in 2014 faced criminal charges out of which some candidates were the victim of false cases, whereas some were truly the criminal in the case. After this whole scenario in India, who would not agree to dirty politics. Criminalisation of politics in India has been due to many causes and reasons. It has been stated by Author, Vaishnav in lectures- that is is easier to opt for local gangs to build a new party organization. In India parties definitely need organization. Therefore, many criminals are stacked with money, hence parties let them finance their own elections. The reason behind this failed democracy is people who vote for criminals. No matter how disgusting they are in Indian politics, the sufferer are poor people who have been slaves to the systems. Hence, it is a matter of no conclusion because however Modi tries to clean up this dirty game in Indian politics, it would not lead to fair judgement until there are godfathers and gangs commanding to rural people in terms of bribe from political parties. There would not be justice served to poor and the system would not be the beneficiary to our ordinary Indian until we unite and speak for the bad going on.

It does not seem like corruption and scam going out instead it seems to increase in number, not only in politics but everywhere. Crime and politics seem to occur together. Criminal leads their way to legal offices and our citizens lack in participating to stop corruption and politics playing around. Instead, each one is getting a part of it. Only because politicians seem to be involved in corruption and politics, games, India is drowned. I believe it’s high time we youth should generate participation stepping to finish of the political games, hence each one of us should take politics seriously and should fight for our rights. In eye of each politics appears to be delicate, have been heard by thousands of people, that all members in politics, parliament are corrupted, Where is the trust gone, why our system doesn’t work out here instead playing cheap games in politics and fighting for their own name. Most of the politicians seem to be involved in scams/scandals, very few are playing their role truly. Not only our politicians, but our society are also a part of corruption if we refuse for banning corruption, also remember if we refuse to pay IT return, we are provoking the politics in our nation.