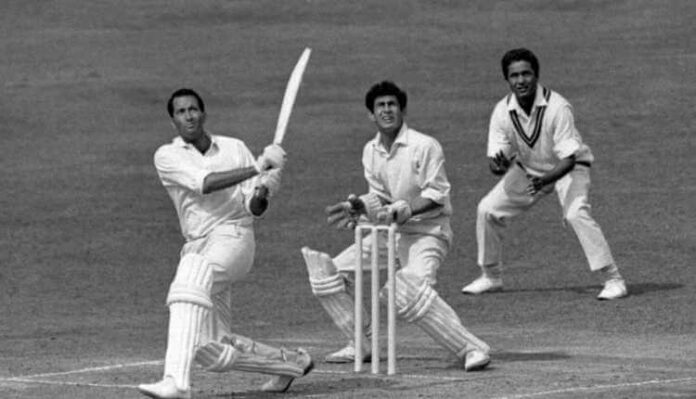 Gandhiji’s principles have often confused us. They were teaching to oppose the British by telling people to spin the wheel. Many people used to get confused about how spinning the wheel could defeat the Britishers? But it was not so. A closer look reveals that a spinner can make his clothes and avoid wearing foreign clothes. The avoidance of wearing British-made clothes was a kind of resistance to the Britishers only! Hence, there are many ways to protest.

A Japanese shoe company has gone on strike in protest of a crackdown on dissent. Instead of closing the factory, they continued to work, but to make only one pair of shoes! In this way, sports have also become a powerful means of protest. We have seen in the film Lagaan, how cricket responds to the British policy of exploitation. One such cricket event is to be talked about today, through which the doctrine of apartheid was vehemently opposed. It happened in 1970. The South African team was to go to England to play cricket. In those days, apartheid policy was prevalent on its apogee in South Africa. Black players were not included in the South African team. England also stipulated that there should be no black players in the host team. In Britain, there was a growing movement to sever ties with South Africa over the issue. The tour of England to South Africa in the winter of 18-2 was cancelled. South Africa objected to the inclusion of a black player named Basil de Oliveira in the England squad.

Basil was originally from Cape Town, Africa, but had lived in Britain for years and was now a British citizen. In 1967-68, an African Rugby team came to England to play. There was not a single black player in that team. The New Statesman newspaper protested the matter, calling for a boycott of all matches in the rugby series by publishing an article with the headline “Racism is not a game”. The orthodox ‘Spectators’ (Weekly Magazine) came up against the newspaper. The newspaper argued that sports and politics should not be mixed. The series did take place, but wherever matches were played, apartheid opponents protested vehemently. At one point, the South African team’s bus was taken, hostage. The Marlborough Cricket Club was also a part of the English cricketing world in 1907. They also wanted the tournament to be played between South Africa and England. On the other hand, anti-apartheid social activists like Peter Hahn, who came from South Africa and settled in England, were determined to stop the tournament.  Peter Haney was also joined by John Arlott, a well-known cricket writer and broadcaster who has been a lifelong opponent of apartheid. It was Arlott who called de Oliveira to England. He announced the pen sheath in that apartheid tournament. Other journalists also supported him. It didn’t matter to the cricketers. On May 30, 1990, it was announced that the first match would be played in early June. The tournament was cancelled merely within three days.

The question arises as to why the administrators of English cricket have relaxed so quickly. The Labor Party was in power in England in those days, and most of its members were anti-apartheid. Home Secretary James Callaghan wrote a letter to the ICC asking it to cancel the tournament. The ICC accepted the offer for fear of offending the government. If there was a Conservative party in power, the tournament would have been held at any time.

There is ‘county cricket’ in England just as we have the IPL here in India. How to fill the gap left by the cancellation of the series between South Africa and England? It’s consideration began. What happened next is history. A team was formed by weaving good players from different countries in the world, and it was decided that the team would play five Tests against England. Guinness, a leading brewer, had announced that it would sponsor the tournament for 50,000. Formed 30 years ago today, the anti-apartheid team was named ‘Rest of the World XI’. All-time great player Garfield Sobers was made its captain. Four West Indies players were included. They were Rohan Kanhai, Clavi Lloyd, Lance Gibbs and Derrick Murray. South African whites Barry Richards, Green Pollock and Eddie Barlow, Peter Pollock and Mike Proctor were also included. Imtikhab Alam and Mushtaq Mohammad from Pakistan joined. Graham McKinsey from Australia and a player from India were also in the team. That Farooq is an engineer. The host team did not have such big bowlers, but some of the arrows were in their quiver, such as Captain Ealing Worth. He was experienced and considered a shrewd strategist. As for the batsmen, England had Geoff Boycott and Colin Kaundry. Jones and Derrick Underwood were on the bowling front. England wicketkeeper Alan Knott was considered the best wicketkeeper in the world at the time. The first match was played at Lord’s on June 17, 1970. The last match took place at the Oval exactly two months later. Four of the five matches went to the ‘Rest of the World XI’. England only won the second match played in Nottingham. The spectators took advantage of the wonderful batting of the visiting team. The performance of Rest of the World XI was a scathing response to those who considered blacks weak and despised them. The majority of Britain’s population was also anti-apartheid. So they weren’t bothered that their country’s team was losing, but we’re happier than a team made up of a mix of black and white players was winning. Sobers, Lloyd and Barlow all scored double Century. Barlow also bowled well. Compatriot Mike Proctor corrected him. Left-arm batsman Graeme Pollock performed brilliantly when the South African team came to England in the 19th over. The same performance was expected from him this time too. His performance in the first four matches was good, and in the fifth match, he completed all the shortcomings by scoring a scintillating century. He batted long with Gary Sobers during that innings. The two formed a magnificent partnership of 150 runs. A glimpse of Green Pollock’s innings is also available on YouTube. At that time, the way the news of Green Pollock’s innings was printed in the newspapers made me think that I wish we could see the match. The last season, written by John Elrott in The Guardian, featured two of the best left-handed batsmen in the world. Earlier the Sobers was responding to every shot of Pollock. He hit the first cover-drive, and I hit the second cover drive too. If the first square is played, the second also hits the square cut. The spectators were being entertained. After a while, Sobers stopped this joke and came into the role of captain. Pollock stood in support himself, giving him a chance to play openly. Sometimes scoring shots reminded viewers of their size. Apart from that, he gave Pollock maximum opportunity to flourish.

As John Woodcock writes in The Times, the cricket world has been debating for the past few years who is the better of the two. Here they were playing Tests together and in wonderful form against England. The Sobers started the match with a batting bet. This was his greatness. John Arlott and Woodcock firmly believed that they had witnessed a great historical event. Pollock and Sobers were not just entertaining spectators by standing on the pitch, but also representing the dream of a better and more just world. Never before in history has a white South African and a black West Indian played for a team in an international match. The then England team also had two players who were originally associated with South Africa.

Tony Gregg and Basildi Olivera. One white and the other black. This was also a historical event. The juxtaposition of black and white players of the Rest of the World XI team has impressed cricket fans all over the world.

The ICC had earlier given official match status to these five Tests, which were later withdrawn. As a result, the performance of the players was not counted in their international career records. It didn’t matter, though. Because what they did was recorded in the eyes of history.

South Africa’s apartheid struggle was first played outside the arena of politics. A gentleman’s game called ‘cricket’ was also fortunate to be a part of that fight. Gary Sobers, who stayed away from politics, also became part of the fight in this way and every player who was involved in the tournament became part of the anti-apartheid fight. The contribution of sports in eliminating apartheid cannot be overlooked and disregarded, anyhow.