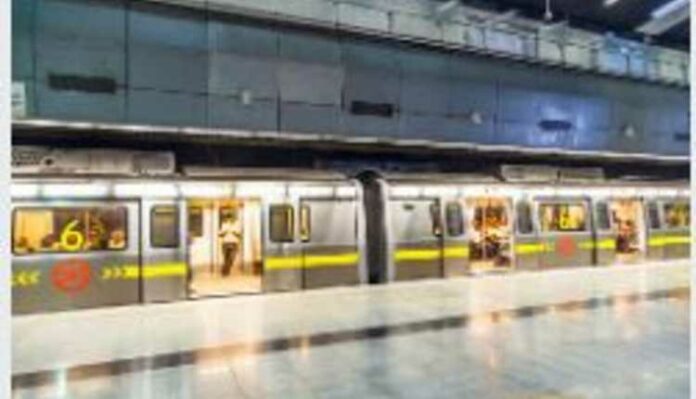 If sources are to be believed, the Delhi Metro will start in June, and the DMRC has made all preparations to start the operation of the Metro again. All metro stations are not only being sanitized, but metros are also being tested so that when the operation of the Metro starts again, there is no technical problem. If sources are to be believed, after the approval of the central government, the Metro will start operating with new guidelines. The Indian society of heating refrigeration has issued a special type of instruction, and air conditioning engineers in which the ac installed at all metro stations will be sanitized with a spray prepared with sodium hydrochloride.

In such a situation, people will not get the coolness of AC at metro stations all the time. The ventilation system of all the underground stations will be open so that air will come from there and this time the AC will be kept closed. There is news that a separate time has been set for when the ventilation will be open and when the AC will run, between 8:30 AM to 10:30 AM, the Chillar plant can also be run, and AC between 10:30 AM to 4:30 PM. Will run.

However, after 7:30 in the evening, all the ventilation systems will be opened again, and the Chillar plant will be closed after seven in the evening. To make people aware of the coronavirus, various types of campaigns will be conducted inside the coach, like stickers posters will be installed inside the Metro and stations. People will also be made aware by announcing what kind of precautions are to be taken to avoid Corona and whether to follow the guidelines.

DMRC has also taken care of the physical distancing of the people, for this, in the coach of the Metro, the distancing rules have to be followed by stickers after every seat, it is forbidden to sit here, Means passengers will have to travel in the Metro with physical distancing. DMRC may soon operate the Metro on short notice. In keeping with the instructions given by MoHUA, the DMRC has prepared an SOP which after getting the green signal, can start the Metro again. Passengers must follow strict rules to travel in the Metro, which is also necessary.

Before traveling, travelers have to keep in mind the essential guidelines given below:

When the Metro starts, we will get to see many types of changes, and we will also have to change our routine. We are struggling with an epidemic whose vaccine discovery is still going on. On the stations, we will see lines marked with many colors, which means we have to follow social distancing. There will be sanitizer for the passengers at all the metro stations. PPE Kits will be available at all metro stations to Corona suspects passengers(COVID-19).

As we all know that the Metro in Delhi is like a gift because it is better to travel in the Metro than traffic jams. Every day, Lakhs of people in Delhi use the Metro to go from one place to another, whether it is a serviceman or civilian. The Metro was closed due to the Corona epidemic, but according to the new order, some things are being allowed to open. People are also anxious to know what new guidelines will have to be followed to travel in Delhi Metro. Delhi has more than 300 metros that connect Noida Ghaziabad and Haryana. Delhi Metro has placed stations in different lines like Pink, Yellow, Blue, Magenta, etc.

According to the report, Delhi Metro makes 5000 rounds on these lines. So far, the reason for not starting the Delhi Metro is that the crowd of millions of people can be gathered on the Metro, for which meetings are going on continuously, and it is expected that Delhi Metro can be started with some guidelines. It is being told that more than twelve thousand security personnel will be appointed, who will follow social distancing and other rules. Although no official confirmation has yet been made as to which date the Metro will start, it is expected that Delhi Metro will be resumed soon.

We, too, have to come forward to fight the Corona in this corona period, and this will only happen when we follow our responsibility and the instructions given by the government. Our cooperation will also help the government in fighting Corona.