Control Air Pollution in India: Use of Non Conventional Sources Of Energy 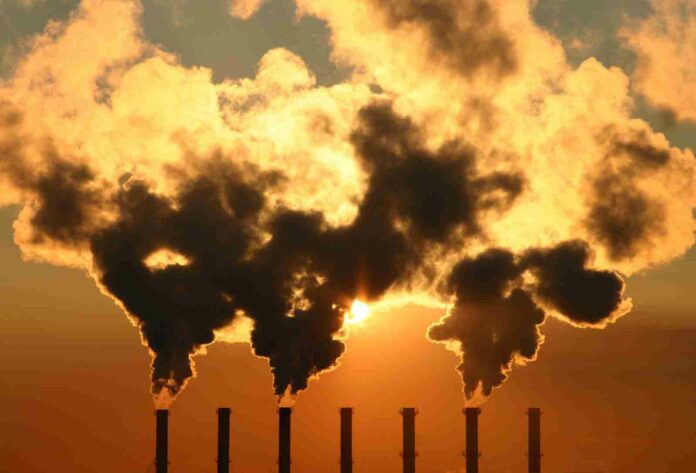 The development of every country is linked with the development of industries, technological innovations and advancement. The country’s economic growth depends on its industrial development. Industrialisation in turn generates employment and workers earn more money by producing and exporting better produces.

On one hand it is good for people and on the other hand, Technological advancement has put great burden on our energy and mineral resources, as to keep pace of progress energy has to be utilised.

But have we ever thought that from where the additional demand of required energy has to be met and what impact it will have on our environment ?

There are two types of energy resources

Today the chief sources of energy are coal, petroleum, petroleum products and LPG etc. These are all conventional sources of energy and they cannot be produced again if their reservoirs are exhausted. Already their stock has been considerably reduced by their continuous use. As coal is the source of energy for many industries.

Similarly petrol and petroleum products are at present the only source of energy to be used for cars and other vehicles and aviation sector too.

All these conventional sources are non renewable and also causes lot of air pollution. The burning of coal and petroleum releases harmful gases like carbon dioxide which is mainly responsible for global warming , oxides of sulphur, nitrogen, carbon monoxide, vapours of hydrocarbons, lead, arsenic, fluoride and dust particles which contribute to air pollution and leads to Global Warming.

You must have not forgotten the day just after the Diwali Celebration, when the capital city of India, Delhi has changed into a gas chamber. It is high time when all concerned should come together and devise ways and means to stop wastage and pollution of our natural resources and find out the ways to share them wisely and properly.

One of the option to reduce air pollution is to use non conventional sources of energy, which include:

Sincere efforts should be made to develop the non conventional sources one energy which are renewable as well as mostly non polluting. 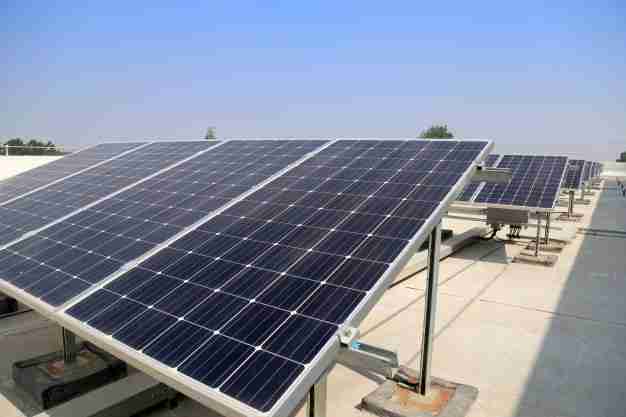 Solar energy is the energy obtained from the sun. Nuclear fusion reactions occurring inside the sun is the source of solar energy. The inner core of sun has a temperature of 107 degree. Calculations have shown that the mass of the Sun will exhaust in 5 billion years or more. That means solar energy will last till that large span of time. Hence we can call solar energy as a renewable source.

Solar energy can be utilised by solar cookers to cook food. Devices such as street lights and water pumps in fields, calculators, watches and pendulum clocks have been designed which uses solar energy to function.

Solar energy is efficient in the way that it does not need any maintenance and works satisfactorily even in diffused radiations. 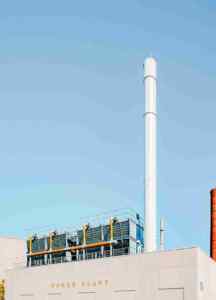 Flowing water is the major source of energy. The energy produced by the flowing water is called hydro electric power — In this power plant the potential energy of water stored in dams is converted into kinetic energy by throwing it on the wheels of turbines which in turn rotates and produces electrical energy. Thus this kinetic energy is converted into electrical energy is known as hydro-electricity.

Hydro electric power is pollution free and is cheapest source of energy. Also lot of water is available in rivers so it is renewable and free of cost. Money is spent only to construct the dams and power stations.

Bio Gas is mainly composed from cow dung so it is popularly known as “Gobar Gas“. The cow dung, various plant materials like the residue or the leftovers after harvesting the crops, vegetable waste and sewage are decomposed in the absence of air to give bio gas. Bio Gas is used for cooking, lighting, pumping out underground water for irrigation and even to generate electricity.

Bio Gas plants are established in which bio gas is obtained by the fermentation of biomass. Animal dung and plant waste, organic domestic and agricultural waste are used as the raw materials for making bio-gas.

The advantages of setting up bio gas plant is that we get clean fuel from it and animal dung and organic waste is also disposed off usefully. in fact the slurry can be used as manure in the fields.

Further bio gas is non polluting as it does not produce smoke neither it leaves any ash. It has higher calorific value than cow dung cakes, wood and charcoal etc. It also do not require any storage space in the house. Use of bio gas saves fossil fuels hence help in overcoming the energy crisis. 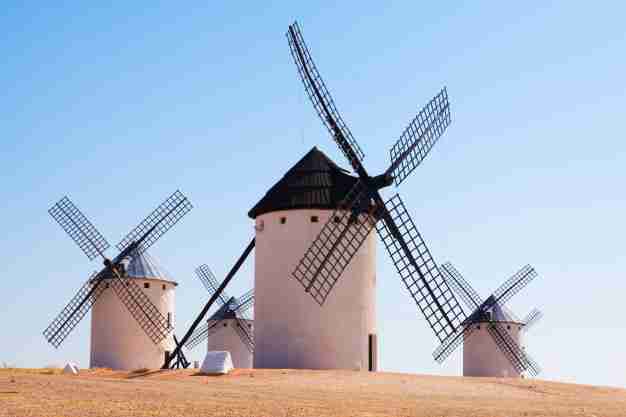 Wind mills are used to convert wind energy into mechanical energy. As the wind falls on the wheels of wind mill it starts rotating. The wheels are further connected to generator which produces electric current. This is how the kinetic energy is converted into the electric energy.

The wind power potential of India is estimated to be 20 billion watt (20,000 MW). Till the end of last century India has installed capacity of more than 1025 ME for generating electrical energy  from wind energy. The capacity is sure to increase with the commissioning of new power stations. At present, largest wind energy farm is established near Kanyakumari in Tamil Nadu which can generate 380 MW electricity. 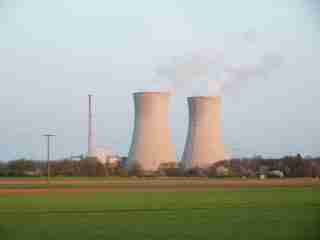 The large amount of energy released during nuclear reaction, nuclear fission or nuclear fusion which is called nuclear energy. It is also known as atomic energy as it is considered to be coming from atoms.

It has many advantages as once the nuclear fuel is loaded into the reactor, electricity can be produced for two or three years at a stretch. It is also non polluting and do not produce gases like carbon dioxide which contribute to green house effect or sulphur dioxide which causes acid rain.

Thus by increasing the use of Renewable Sources of Energy we can not only save our fossil fuels, but also prevent our environment from harmful gases and decrease global warming.