Drinking water : Is there any Problem with Excessive intake of Water? 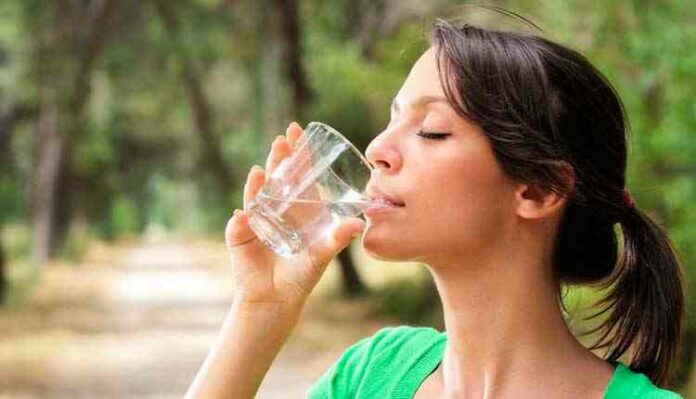 As the centuries pass, the aesthetics and the hygiene of people increased gradually. We seek any possible steps to increase our health and beauty. A well known way in this exploration is drinking water. We hear so many good benefits of drinking water. As we all know, our body is mainly formed by water, about 60%. So by drinking water we increase our overall energy in the body, and it will help to maintain the overall balance of the body. It also helps to remove toxins from the body. From a beauty perspective, drinking water will stimulate glowing skin and also helps in weight loss.

Water has a good effect on hair. With enough intake of water, the hair loss will stop up to an extent. Removing toxins from the body will clear acne and make skin look fresh. So, so many celebrities and other related persons taking intake of water seriously, and many beauticians and doctors recommend intake of water for maintenance of beauty and health. Some even says drinking water fights aging.

But, is it really good to drink excessive water because of its benefits?. The bad news is no. According to many health organizations, the average intake of water is 2 liters give or take. But it clearly depends upon the thirsty and other living conditions, like in hot conditions, need more water. But if we over hydrated our body, let’s say, intake water greater than body need, then it will lead to many health conditions like hyponatremia. This is a condition where the amount of sodium in blood becomes low and cause dilution of electrolytes, which helps in neurotransmission.

Drinking too much water in a short time interval will cause hyponatremia or called water intoxication. This only happens if the water stays in the body. If the body requires that amount water, like after exercises, then it is perfectly fine and not lead to overhydration.

Another con of overhydration is swelling of cells. It also forms due to the decreased amount of sodium. Sodium controls the balance of liquid in the cells. So due to overwritten, liquid will enter into the tissues from the blood. It causes swelling of cells. The swelling of cells in the brain is a serious condition and require immediate medical treatment.

There are several other cons of drinking too much water, like the seizure of hearts, in rare cases. The overhydration will lead to an increase of blood, and it will lead to more pumping of blood by heart, it gradually it will lead to putting extreme pressure on the heart valves and it causes seizure of the heart.

Too much iron water intake will affect the activity of the liver also, as said, it only leads by iron water. This is a rare case, but it is also a cone of overhydration and also ‎dilution of electrolytes will create irritation in the stomach. Overhydration also affect the urine balance in the body and causes too much urination.The body can’t get enough time to intake contents from water due to overflow, and also it causes over sweating. There are even rare death reports that caused by serious overhydration.

There are several symptoms for over hydration. The main ones are nausea, headache and other psychological disorders like confused mind. So, apart from the benefit of drinking of water, too much of water intake affects the overall balance of the body. Well, let’s say too much of any good thing is not good. As the beauty, sense of people goes, they are willful to take any methods to increase it, generally by forgetting the side effects. It is same with the water. So it will be good to understand the possibility of overhydration.