Equations You Should Know: That Changed The Future Of Physics 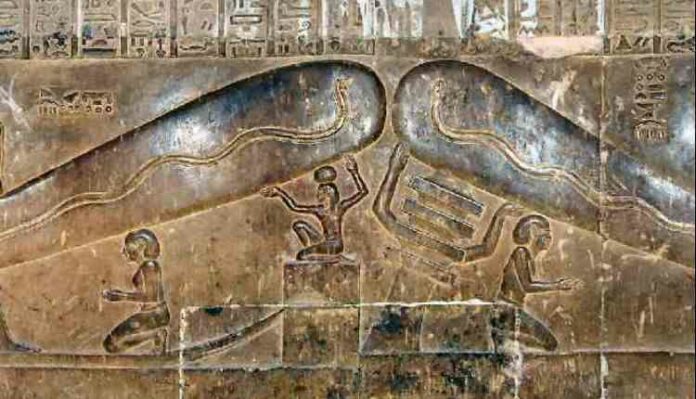 It is well known that science without physics is nothing, but lame. Even physics can be considered the backbone of science. Every great invention is interlinked to physics. Physics can be divided majorly in two sections that is classical and modern physics. However, classical is very old one and deals with mainly person’s like Galileo and Archimedes, but however we are going to sketch only modern physics and the theories that developed and changed the whole physics. There are many laws dealing the same, but we are going to know about the basic ones which is of importance in the view of instruments and devices which we use in our daily life or the theories which developed and helped in broadening our minds thinking about outside of the earth.

The law and theory were developed by the great scientist Issac Newton. It got published in Printipia in July 1687 for the first time. The law is very special because it deals with the facts of revolving planet’s around the sun in the orbit and the factors affecting the revolution. Secondly, the law deals with the gravity of the revolving planets. This is the main section which is the basis for the Aerospace education and helps in mainly finding out all the concepts required to eject the satellites outside the space.

This law was proposed by Albert Einstein in 1905. This is the basic equation taught to every high school student of physics, the equation which is taught to students is E=mc^2. Why it is so important? This is the most accepted theory on the relationship between space and earth, it was derived after around two hundred years of Newton’s law of gravitation. Most of the Knowledge which we have about space and the universe is known with this Einstein’s great relation. Well, after he proposed this theory many other theories got developed with respect to relativity accordingly, but thus the basic equation which helps everyone who is presenting developed one.

This law was proposed by James Clark Maxwell. Maxwell proposed this law in around 1860’s. This law deals with how charged particles give rise to electric and magnetic field and by this time you would have understood why it is so important to study this topic? This is basic theory which is helpful in running the great trains, running of different motors and magnetic instruments. Maxwell’s equations are the primary syllabus of the electrical and electronics graduates they basically have to study this equation in their entire curriculum. The basic application is observed in our induction cooking, ever wondered on which principle it runs, obviously it is a Maxwells law of electromagnetic induction which is monitoring it.

There are three law’s of Thermodynamics but second one plays a key role. This law was developed by Rudolf Clausius. This law deals with how energy flows from higher concentration to lower concentration, it was developed in 1865. This law is responsible for the development of the instruments and appliances which are used in industries, household and everywhere we look at. For example the refrigerator Which we use in our house is developed according to this law, motors, compressors everything runs on this principle. When dealing with studies this law is useful for the students of mechanical engineering.

This equation was proposed by Austrian physicist Erwin Schrödinger in 1926. This law is the basic equation of the area quantum physics. This law, mainly deals with how the quantum state of a quantum system with respect to time. The law helped in developing various instruments including electron microscope, microchips and lot more. This law helped in widening the facts and myths related to atoms and it’s constituents present inside it.

Every one of us are aware about the incident took place with Newton which led to the discovery of gravity. Yes, you are right falling of an apple. Most of them include this topic in classical physics but it is almost helpful in modern physics equally. These laws are about three in number, first one speaks about inertia, the second deals with momentum and the last one deals with the reaction force. The laws are fundamental for all the Engineers.

When it comes to logarithms it is the most accepted practice when a bigger calculation has to be done. It was developed by Scottish Laird, John Napier of Merchiston. When it comes to solving multiplication of large numbers, for example 3456×56789 is really time consuming and needs good skills. To overcome this problem Napier came up with logarithms which us boon for calculations. Now, due to the advent of computers and calculators is of less use because it is inbuilt whereas, scientists always use logarithms in their day to day life. The equations are mainly used in finding exponential equations, compound interest and radioactive decay by a Scientist, Astronimer and an Engineer.

When it comes to electricity electrostatics is the main branch dealing it and in turn coulombs law is the basic law of electrostatics. This law explains how force is related to charges and the distance between them. Interestingly, it helped in developing many electrical instruments which we use nowadays from fan to its capacitors, generators and what not.

Last but not least there are many laws are proposed by scientist’s day by day, each law has got its own importance, it’s own dominancy, its own applications and every law is of great importance. But the major laws which led to great transformation in our society are the one discussed above. If you are a science student it is obvious that you may know all these laws, but it is exactly not like that even being general everyone should know about this law at least basic terminology because every appliance which we use has a principle due to which it is working and as we are using it we have to know the basic law which is governing that appliance or instrument.