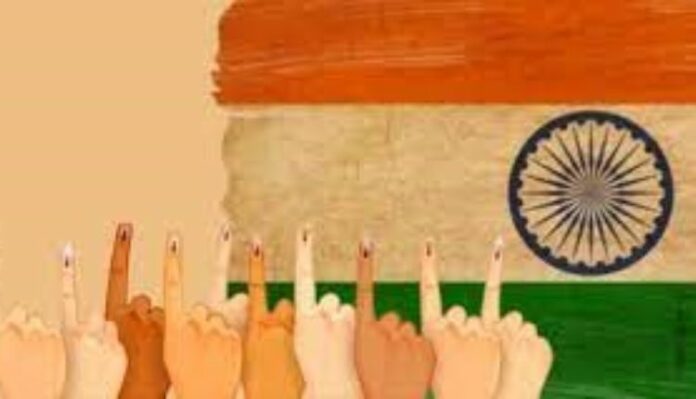 India is considered a democratic country because its constitution gives its people the right to choose their leader. Democracy is the rule with the consent of the majority. As Lincoln rightly said, “democracy is a government of the people, by the people, and for the people.”[1] The great leaders of our country who led to the independence of India from the Britishers chose this kind of democracy after independence because they wanted the people of India, whom the Britishers suppressed, to lead the nation by their own will. There have been many instances when many countries have rejected the theme of democracy and opted for dictatorship, in which the leader takes all the decisions in the country, with the people having no say in that. Democracy has been overthrown, and the status of the minority is yet undefined. But the introduction of the adult franchise is undoubtedly a bold step.

According to the adult franchise introduced in India, eighteen-year-olds can vote in India, whether male or female. We should be proud that our country gives us much freedom to choose the people who will end up governing us and provides us with much liberty, unlike a few countries. But we should never forget that rights come with our duties to our nation. India has passed many hurdles to celebrate the coveted completion of the golden jubilee of independence through several parliamentary and assembly elections.

India is the most powerful democratic country in the world, with a population of 1.24 billion people of different religions and cultures. The concept of unity in diversity is prevalent in a country like India. India has a proper constitution, which was made by keeping the rights of all the sections of people divided according to religion, caste, creed, gender, etc., in consideration so that no one feels discriminated against. Whenever the election season comes, the Election Commission of India assumes the charge of conducting it independently without any influence from the executive branch of the government. Even a prime minister or a chief minister is compelled to resign if they fail to win the election, no matter how powerful they are.[2]

No matter how much we praise our democracy, we cannot disagree with the fact that it is not without faults. Vote politics and filthy political gain have demoralised the concept of democracy in India. The democracy of India is polluted by the involvement of caste and communal feelings among the people. Political leaders nowadays use unfair means to gain the people’s vote by promoting job reservation for a specific section of people, preserving special rights for a region to achieve their favor, and other means. We must acknowledge that most of our masses are not educated enough to understand the true essence of democracy, due to which they cannot exercise their franchise in its true spirit. Sometimes elections become a part of dirty politics involving a game of muscle and money; because of this, some people are forced to say the democracy of India is now the rule of “buy the people” instead of “by the people.”[3]

Political parties adopt many unethical means to bring their party into power, such as booth jams, pre- and post-election violence, and the criminalization of parties. So, this is the real threat to democracy, which ultimately fails the entire concept of democracy. Moreover, though we have declared India to be a secular democratic country, cause-specific laws of the land do not apply to all. Discrimination against a particular group of people must be removed if we want our democracy to survive in the future. An election that is conducted should be free from all unfair means, as it is a breach of the rights of the people. Whatever decisions should be taken, keep in mind the welfare of the people. The proceedings of the parliament must be open to the public and duly published.

We must agree that no matter how hard we try, we can never have an electoral system that is foolproof,’ and perfect democracy can only be found in a utopia. We must be satisfied with the nearest ‘approximation’ to it. The democracy of India is an evolutionary process that adapts itself to changes in the situation in the country. The democracy of India should be open to modifications to make it flexible for the country’s citizens.

Recently, people who are still below the poverty line have seen it. Democracy should work to decrease the financial gap between the rich and the poor. They are continuously oppressed and manipulated by the people in power. The electorate should also be educated in order to have a mature understanding of the concept of democracy. But the good news is that in order to protect our democracy, our judiciary and press are working like watchdogs. Indeed, this has become the backbone supporting democracy in India.

In order to exercise the concept of democracy in its full capacity, the masses of the country should be economically and educationally advanced, so they can use their rights and exercise their duties for the nation.