Dictatorship in the Face of Democracy 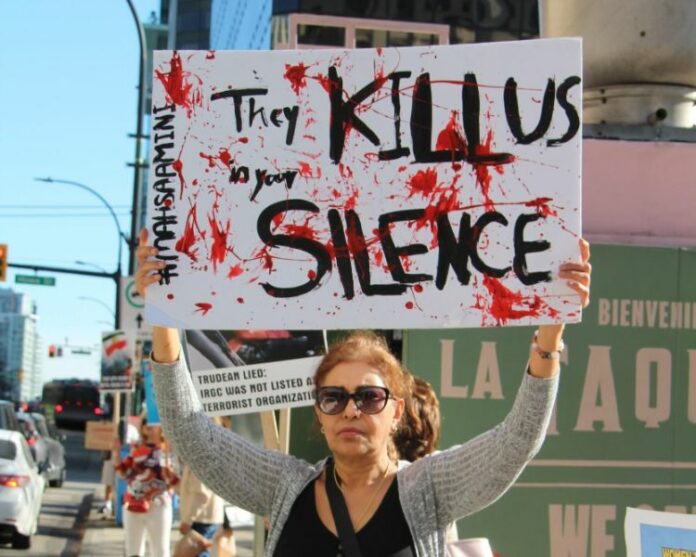 A dictatorship is a form of government in which one person or a small group of people has complete control over the country. They may be elected or they may take power by force. A dictatorship is the opposite of a democracy, which is a form of government in which the people have a say in what happens. The first dictatorship is thought to have been in ancient Rome. The Roman emperor Augustus was the first dictator. He ruled from 27 BCE to 14 CE. Augustus was not elected. He became emperor after his uncle Julius Caesar was assassinated. The word “dictator” comes from the Latin word “dictare,” which means “to say.” A dictator is someone who tells people what to do. Dictatorships can be good or bad. Some dictatorships are good for the country. The dictator may have a plan to improve the economy or the government.

Other dictatorships are bad for the country. Although all forms of government have their pros and cons, democracy is often seen as the best form of government because it gives power to the people. But how and when did democracy start? And how has it been converted to an invisible dictatorship in some cases? The first democracy is thought to have been in ancient Athens around 508 BC. At that time, all citizens, regardless of social class, had the right to vote and participate in the government. But over time, democracy has taken many different forms. In some cases, such as in modern-day America, democracy is strong and the people have a lot of power.

But in other cases, such as in certain Middle Eastern countries, democracy is weak and dictators have a lot of power. So, what can we learn from all this? Well, it’s important to be aware of the dangers of dictatorship, even when it’s disguised as democracy. We must always be on the lookout for those.

Now we will talk about dictature. When we talk about dictatorship, one name comes instantly to our minds. That is “Adolf Hitler“, who shook the whole world and was the major cause of the Second World War. Dictatorships may be run by a single person or a group of a few people. The whole government is run by him or her or that group. It tightly controls all aspects of the state and directly controls all organisations as well as the resources of the state.

There are no rights for individual citizens. The Dictator’s government will try to control all citizens through laws, police, spying, and force. It is also known as an authoritarian or totally totalitarian form of government. Sometimes it can be a military dictatorship or a one-party dictatorship.

At present, there are about 167 countries that have a democracy. Norway is clearly at the top of the list, but the question is whether any country has true democracy. We can see clearly now that the gap between the rich and poor is increasing throughout the world. Due to this, the poverty index is also growing.

We can see clearly that there are very few millionaires in the world who hold most of the wealth and the resources. According to Forbes, there were 68 billionaires on March 11, 2022. However, only 140 people were in this club back in 1987. This means that these billionaires have more wealth than the 4.6 billion people who make up 60% of the planet’s population, which means there are many cases of manipulation in elections influenced by the use of black money.[1]

There is a huge gap between the rich and the poor, and it is increasing at a very high pace. In other words, we can say that there is a huge inequality. If a few are controlling the wealth as well as resources, then how is it possible that they will not be interfering in politics? This in equality disrupts social questions and increases political polarisation in the state or society due to religion, cast, creed, colour, or sex.

So what can we learn from all this? Well, it’s important to be aware of the dangers of dictatorship, even when it’s disguised as democracy. We must always be on the lookout for those. But now there is a different kind of division. It is for the rich and poor. Though this difference was always present, it has now become huge and this problem is faced by every state and American country. The problem is in developing countries. We have seen it in Sri Lanka. What happened was that everyone new to Sri Lanka was surprised to see the wealth and luxurious life of the president of Sri Lanka.

To make everything clear, we should know the answer to the following questions:

1. What is democracy and what exactly is dictatorship?

There are two main types of government: democracy and dictatorship. In a democracy, the people elect their leaders and have a say in how the government is run. In a dictatorship, one person or a small group of people has complete control over the government.

2. What is the difference between democracy and dictatorship?

The main difference between democracy and dictatorship is who has the power to make decisions. In a democracy, the people have a say in how the government is run.

3. What is the disparity between the rich and poor in a democracy?

The disparity between rich and poor in a democracy is the difference in wealth and resources between those who have a lot and those who have very little. In a democracy, the government is supposed to help reduce this disparity by providing services and programmes that level the playing field so that everyone has an equal opportunity to succeed. Unfortunately, not all democracies live up to this ideal, and the gap between rich and poor can be quite large.

4. What is the concentration of wealth in a few hands in a democracy?

The concentration of wealth in a democracy occurs when a small number of people have most of the money and resources. This can happen for a variety of reasons, such as inheritance, nepotism, or cronyism. When wealth is concentrated in a few hands, it can lead to political instability and social unrest. The government may try to redistribute wealth through taxation or other means, but it is often difficult to do so effectively.

5. What is interference in politics in a democracy?

Interruption in politics in a democracy is when people with money and resources use them to influence the political process. This can happen through campaign donations, lobbying, or other means. When wealthy individuals and special interests interfere in politics, it can lead to policies that benefit them at the expense of the general public. This can lead to corruption and a loss of faith in the democratic process.

6. What is the manipulation of democracy by politicians?

The manipulation of politicians in a democracy is when elected officials use their power to benefit themselves or their cronies. This can happen through gerrymandering, pork barrel spending, or other means. When politicians manipulate the system, it can lead to policies that benefit the few at the expense of the many.

7. What is the difference between democracy and dictatorship in the United States? Sanjay Sharma
Myself,  Sanjay Sharma, son of Shri Roshan Lal Sharma. Today I think her pages will give me a chance to give my introduction to the audience that I am a teacher and author. I have been in the service of teaching students.