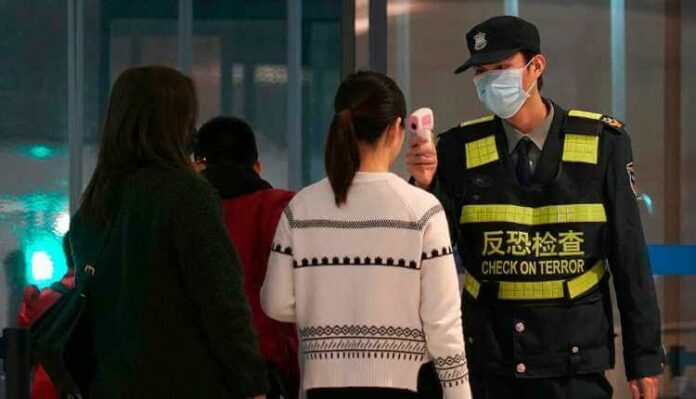 In this year, the world has experienced several unexpected events that were never seen by people ever in life. The year 2020 has brought the worst events that could never be forgotten by anyone ever in life. This includes International Health Emergency, the downfall of the global economy, various tremors of earthquakes, racism in the USA, cyclones like Nisarga and Amphan, diesel leakage in Russia etc. These events have made the world seem so dangerous. It is being believed that probably this would be the worst year recorded in history. Every single day of the year 2020 has some disruption planned for demolishing human population on earth.

These events began to trouble us with the outbreak of COVID-19 in January 2020. Since then, every other day has been horrifying for humans. It may be called Nature’s revenge from humans because we have been exploiting natural resources at its peak. The COVID-19 pandemic began its disruptions from China and then was circulated over the entire world.

The COVID-19 is mainly a virus that was transmitted from a research centre in Wuhan, China. This outbreak was declared as a public health emergency of international concern by WHO. The COVID-19 is an RNA virus which is said to make its origin from bats. This pandemic has made all nations stand alone in this fight against COVID-19. Everyone is trying to discover a drug that can treat this deadly disease. Every nation is trying to find a cure and formulate a vaccine to treat COVID-19. The death toll has crossed 3 lakh yet, and the number is increasing day by day. Due to the global health crisis, the whole world in under lockdown affecting all nations in terms of economy and creating difficulties for daily wage workers, migrants etc. All the nations of the world are affected by COVID-19 economically, legally and socially. The outbreak of COVID-19 is being followed by a number of Natural calamities and disruptions.

The downfall of the Global economy

During the pandemic, in order to avoid further spread of COVID-19, most countries in the world opted for complete lockdown whereby all kinds of activities, whether economic or social, were shut down. This also included all sort of businesses and works. As a result, the global economy has gone into a recession which is very much like the Great depression of 1930. As per IMF, the global economy will go down by over 3 per cent in the year 2020.

The global health crisis also saw various natural calamities all around the world. The major natural events occurred in the parts of India, which included the Cyclones named Amphan and Nisarga.

Cyclone Amphan is one of the major tropical cyclones ever seen in the country since 2008. The cyclone affected India, Bangladesh and Sri Lanka. It led to landslides in various part of the three countries.
In India, the cyclone-affected the state of West Bengal and Odisha. The cyclone made landfalls in Bakhali village of West Bengal. The cyclone damaged numerous homes, uprooted the trees and electric poles, which led to no power for around 15 hours in the various areas. Around 86 people died in the state due to the collapse of homes. Also, significant impacts were also seen in some parts of Odisha.

Nisarga was also amongst the deadliest tropical cyclones to hit parts of Maharashtra. It resulted in landfalls in the South of Mumbai. Nisarga led to the deaths of six people in Maharashtra. The major impacts were made in Alibaug.

In addition to these deadly cyclones, there were various tremors of earthquakes being experienced in the Northern States. But there were no serious damages being reported from them.

On 7 May 2020, a case of the gas leak was reported in the outskirts of Vishakhapatnam in the Venkatapuram village. The gas leaked at LG Polymers chemical plant which affected the various nearby areas and villages. The plant was said to store thousands of tonnes of Styrene. As per reports, 11 people died, and around 1000 people were severely injured as being exposed to the gas. The temperature at which Styrene must be stored exceeded the limit, which in turn led to the vaporization of Styrene in the nearby areas. The accident was said to be the result of improper maintenance of units storing styrene.

In addition to the Styrene gas leak, there has been a leakage reported in Baghjan village of Assam. The fire took place in a well storing Natural gas and crude oil operated by Oil India Limited, a public sector unit. Till now, only two casualties have been reported who were among the staff of firefighters. The well was very close to the Dibru-Saikhowa National Park.

Racism in the USA

There has been an unexpected issue of Racism that invoked widespread protests in various cities of USA, followed by the murder of George Floyd by a white policeman. George Floyd was basically an African-American who was murdered in the police custody. The event invoked the event of racism in various parts of the world. Floyd was brutally murdered by white policemen named Derek Chauvin who kept his knees over Floyd’s neck which led to the death of George Floyd. It was alleged that Chauvin was previously involved in such brutal acts against black minorities. This event outraged people against racism in America. There were protests all over the country after death. There were placards saying “Black Lives Matter” and people wearing badges saying “I can’t breathe”. Police vehicles were fired by the protestors. As per the reports, various shops were looted, and businesses were vandalized.

Though, the four officers were dismissed from police and Chauvin was arrested with charges of Murder and Manslaughter. It was also found that such cases were reported around 237 times by Minneapolis police since 2015.

These were the various events and events that have made the year 2020 the worst year for every living being all over the world. At least the worst year of this century, for sure.  And only half of the year has passed, and such events have arisen. We all hope that similar events don’t follow in the coming months of the year 2020. May peace prevail on earth.