How to Install Android WhatsApp on Blackberry Z10, Z3 and Z30 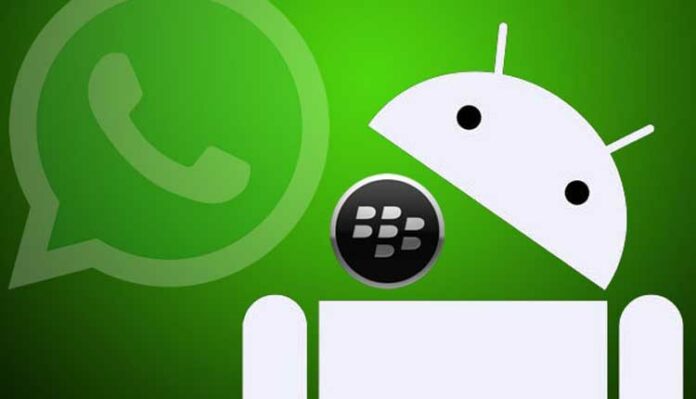 Later, WhatsApp asked BlackBerry OS 10 series users to switch to a different supported device, such as smartphones running Android OS 4.1 or the most recent version of Android OS, or an Apple iPhone, which most BlackBerry users may not be able to afford, or shift to a completely different OS.

Almost all the users who are using WhatsApp Messenger on their BlackBerry OS 10-based devices are getting the following notice:

“Unfortunately, after June 30, 2017, you won’t be able to use WhatsApp on this phone as WhatsApp will no longer support it.”

As most of you are probably aware, BlackBerry OS 10 series devices can run apps designed for the Android operating system compiled for Android API levels 10–18 i.e. Android Gingerbread (Android 2.3.7) to Android Jelly Bean (Android 4.3.1), but the problem is that even though they support Android apps, However, due to some bugs in BlackBerry OS 10, you will be unable to install most essential apps, including WhatsApp. You can fix these bugs and install Android WhatsApp in BlackBerry OS 10-based devices without any problems.

How to Fix the Bug?

To fix the bug and enable the support of the Android version of WhatsApp, you need to download and install the “BlackBerry Runtime for Android Applications” app available on BlackBerry App World. It was developed by the BlackBerry engineers to fix some severe bugs in running and installing apps built for the Android operating system on the BlackBerry OS 10 series-based devices.

Once you have downloaded and installed the “BlackBerry Runtime for Android Applications” from the BlackBerry App World, you can continue with the next step, which is downloading and installing the latest Android version of WhatsApp on your BlackBerry OS 10-based device.

If you are unable to find the BlackBerry Runtime for Android Application on App World, you can follow this link to locate it: https://appworld.blackberry.com/webstore/content/39879918

Important! This link only works with native Blackberry web Browser and if it is not working then please follow the official BlackBerry blog release https://blogs.blackberry.com/en/2014/05/planned-new-features

How to download and Install Android WhatsApp on BlackBerry?

The latest version of WhatsApp can be downloaded from the official website using your PC or BlackBerry Web Browser at www.whatsapp.com/android/.

After downloading, merely open it and install it as a standard Android app, which you might have already done many times on your BlackBerry OS 10 series device.

After installing Android Whatsapp on BlackBerry, some users are facing problems uploading images, videos, and documents, which is just because of API permissions that are not supported by Blackberry. You could install the older version of WhatsApp or follow the instructions for the as mentioned in the Solution to “Camera Failed” and “Retry” in BlackBerry Android Whatsapp