Indian Joint Families and the reasons for the disintegration 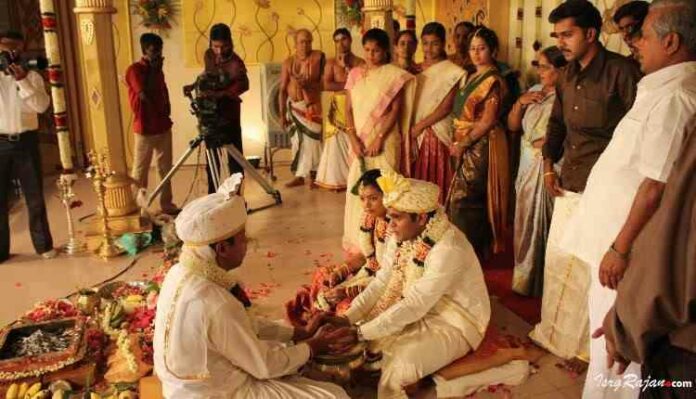 A joint family has been considered as an important feature of Indian social structure since ancient times. Presently the structure of the joint family is undergoing some important changes related to family responsibilities, important decisions, the mutual relations of its members and socialization of its children.

It is defined by scholars as — “A joint family is a group of persons who normally live in one house, have a common kitchen, own property jointly pray together and they must have blood relations with one another anyways ” — Irawati Karvey.

Such traditional joint families only existed in earlier times when people were illiterate and dependent on one another. In every society the economic system is the basis of its structure and if the economy changes the related social institutions also changes. As per Bottomore,” The disintegration of joint families is not the only result of several conditions resulted to industrialisation, but the main reason is that the joint families failed to fulfil the requirements of economic development “.

The reasons for their disintegration are as follows:

The industrialisation has been seen as an important factor in the disintegration of joint families. In earlier times a joint family has been a centre of production and consumption. But with the setting up of large industries, more people started migrating from villages to towns as land could not sustain a large population. They started living with their wife and children. Hence individualism exists between them and they began to think of their own self-interest neglecting other members.

The industrialisation has also provided job opportunities to women in economic sectors. Their situation and role changed, they gained self-confidence and became aware of their rights. They started revolting and protesting against the system and also contributed actively to the formation of nuclear families.

Another factor that led to the formation of nuclear families was urbanisation. On the one hand, New cities were developed and on the other small cities have grown up in metro cities. Young boys and girls who have got modern education and brought up in metro cities usually have a modern point of view towards life. They became more individualistic and youthful.

Western culture and education was the next factor that facilitated the disintegration of joint families. Indians started getting an English education after the establishment of British rule in India. Their thoughts mentality and social values started getting affected by western culture. Nowadays women want to live freely away from the restrictions and limits of a joint family where the relationship of husband and wife is important, where they can live closely with one another and raise and educate their children as they wish.

3. Reduction of workload in joint families

In modern times, many of the works in joint families are transferred to society. Now families are not Centre of Production. Much of the work which was earlier performed by jointly in families are now performed by different groups such as clubs, associations, educational societies, etc.. Nowadays we have laundry to wash clothes, tailoring houses to stitch and flour mills to grind the grains. One started feeling that he can rise in life, even after staying separated from a joint family and promote himself in a better way. As a result, a person becomes less dependent, which further leads to a reduction in loyalty towards his family.

Family disputes have added to the modification of joint families. Differences existed in the new point of thoughts, mentality, and ideology among members of different generations in the joint family led to tensions and dispute among family members. Generally, disputes are initiated by women because women in joint families, mother-in-law, and daughter in law etc. belong to different family roots so they have different behaviour.

5. Increase in number of indolent

Increase in a number of indolent in the family affects the mental and physical health of earning person as the rule “one for all and all for one” was followed in joint families.

The existence of joint families has been based on the fact that no member of the family had gotten personal right over the property. But with Hindu Succession Act-1929 had provided family properties to the members who wanted to live separate from joint families.

Woman Right of Property Act-1937: With this Act, the right of the woman in the property was accepted.

With Hindu Marriage and Divorce Act 1955, women were given equal rights to men and discrepancies of marriage was abolished. Women were freed from subjugation and being a victim of social and domestic violence.

In joint families, the eldest person called ‘Karta’ had the highest place and was the ruler of the family. The wish of other members was suppressed for Karta’s wish. But the present situation that is seen in joint families is that the head of the family is not trusted by other members if he does not treat equally with all members. Rising disputes and quarrel spoils the atmosphere of family and ruins the joy and happiness.

It is clear from the above discussion that many economic and social powers, western values and ideology, modern education, women empowerment brought many fundamental changes in the structure of joint families.

We can see examples of joint families these days in our favourite serials in which members of many generations live together or all the brothers of one generation live together with their wives and children who own the wealth and property collectively. They have a common kitchen and collectively participate in religious ceremonies, festivals and celebrations and remain attached to one another for mutual duties and responsibilities. But, here also we can see disputes in the family due to difference of opinions in mother-in-law and daughter-in-law, son and father which puts a big question mark over

Observing the present situation we can say that it will not be possible to continue the traditional form of joint families because in such families generally, females have a lower place which is doubtful in the future.