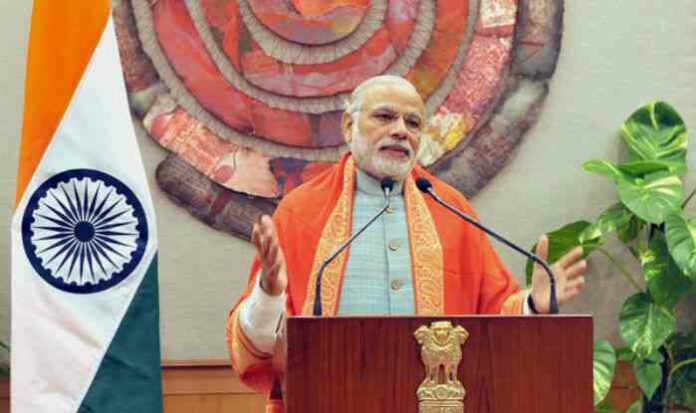 Hon’ble Prime Minister, Shri Narendra Modi, while taking the oath for his second term as the PM, comes with a bigger and brighter vision for India. The imperative aspect lies in the “outreach” of the said vision. Akin to the 2014 elections, age-old issues such as corruption, eradication of poverty, housing to a large amount of rural/migratory diaspora continue to prevail. This article outlines the vision and outreach of BJP in their tenure for the next five years.

To begin with, the leaders’ of Bay of Bengal Initiative for Multi-Sectoral Technical and Economic Cooperation (BIMSTEC) Nations’ along with Kyrgyzstan being the current chair of Shanghai Cooperation Organization (SCO) were invited for the swearing-in ceremony that took place on 30th May 2019. The owing advantage to our geopolitics, we see our country trying to maintain regional ties with our neighbouring countries. Albeit, the direction of foreign policies may be termed “hawkish” in nature in comparison to the foreign policy and the international relations of the country over the past few years. At an international level, the gradual transformation towards the hawkish nature can be attributed to global concerns. It may be stated, how the United States declared withdrawal of Generalized System of Preferences (GSP) trade status on June 5, 2019; to which India has responded on negotiating terms aiming at attaining benefits, mutually.

At a national level, BJP as a political party has played an active role in subjugating their propaganda. This may be rightly attributed to the recent decisions taken up by the party. To begin with, among the newly elected Council of Ministers’, Mr Suresh Angadi, who upholds the position of a minister for the first time, forms the BJP electoral base in northern Karnataka. Incidentally, Mr Angadi even upholds the dominance of Lingayat ideology, giving the Hindutva ideology a firmer base. The increasing influence and dominance of right-wing politics; a sense of evangelism may be traced in the domain of education, as well. The recent news as stated on digital and print media states how the revised draft of National Education Policy pertaining to the teaching of Hindi in non-Hindi speaking states, as put forward under the panel constituted by Mr Prakash Javadekar, the former HRD Minister.

Talking about the newly elected council of ministers, it may also be brought into consideration, how none of the Gandhis’ is a part of either of the Houses of Parliament, considering Maneka Gandhi is amongst the 22 excluded ministers’. In the given direction, it may be stated, how the gradual transition from a democratic form of government to an autocratic form of government can be traced. The aforementioned viewpoints further strengthen the fact that the autocracy is further being penetrated in the system. The score of 353 seats won by NDA in Parliament is being made utmost use of, as seen.

As stated by officials in NITI Aayog, a slew of “big bang” economic reforms, pleasing foreign investors are taken into consideration. The reforms, as claimed by officials, will include changes in privatisation, labour laws promoting industrial development and the demographic prowess India withholds.

Along with keeping economic growth and stability in the technocratic society as the key objective, PM Modi’s ruled government in their roadmap of V.2.0 need to lay emphasis on curbing the prevailing social issues, which are penetrated in the society. The recent news’ post elections in press and media, evidently highlight the continuation of internal politics and conflicts among the oppositional parties’ and the government. The prevalence of discrimination against caste, creed, ethnicity and religion further aid in governmental attention towards national politics, making our stance hinder in the global paradigm. Supporting the statement, it may be stated, how, several issues that have continuously been talked about in media encompass killing of people by cow vigilantes, widened Hindu-Muslim conflicts (which have undeniably increased post the air strike) among the others. Given, a directional shift in the country’s outlook by strengthening their unity; our nation can achieve its’ objectives by leaps and bounds.

In an opinionated viewpoint, our Prime Minister, Shri Narendra Modi’s charismatic authority gives him the edge amongst other competing political parties. In order to sustain the essence of democracy and enhance the functioning of our government, grass-roots level changes that have been stated by the ruling party in an assuring manner, need to be prioritised. Indian economy being agrarian based, must emphasise on making land /labour laws, agricultural laws more favourable. The need of the hour, in its most literal sense, is to practice everything being preached by fulfilling the needs’ and requirement of the farmers, which constitute a large proportion of our demography.

As stated by Abraham Lincoln, “democracy is for the people, of the people and by the people.” Our country is the world’s largest democracy should sustain its’ value by being for, of and by the people. Having said this, the basic Fundamental Rights must be given importance over other constitutional laws. In order for the same to take place, revisiting rights pertaining to Article 19 (Freedom to Speech and Expression), Article 21 (Freedom to Life and Personal Liberty), Directive Principles of State Polity (DPSP) should structurally form the building blocks of governance.

One of the recent news, where the Supreme Court of India has granted bail to journalist Prashant Kanojia, stating Right To Liberty is non-negotiable, may be seen in the positive light of change. This perceptional change, as seen in the ruling, is an aiding instrument for societal improvement. This change is quintessential as; it is indeed the “society” that shapes the “economy” of the nation.