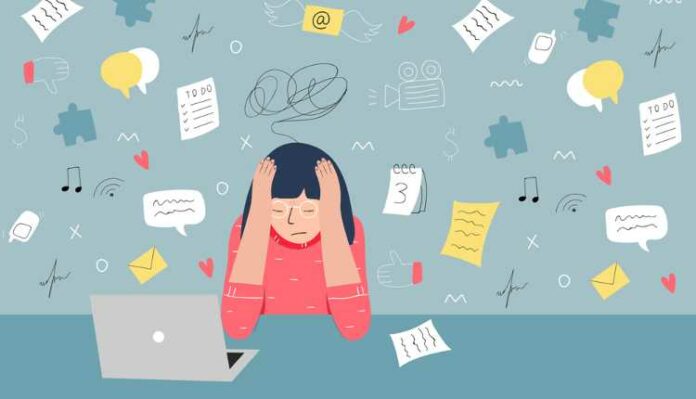 “Karan is a 25-year-old youngster, working in an IT company. Karan suddenly, when driving his car, experiences neck pain and could not drive. Later, he consults a doctor, and after many x-rays and scans, but there were not any biological cause or any biological disease found in the reports. Still, after the x-rays and consulting the doctor, Karan complained of physical symptoms such as headaches, neck pain, and dizziness. Thus, physical symptoms were becoming severe day by day without any biological cause or disease. Later, Karan consults psychologists and professional help and started taking various therapies.”

It is an instance, and likely, many of us have experienced this situation where one experiences physical pain and symptoms without any biological cause. These are everyday situations one came across, but some people might experience these physical symptoms at an extreme level that can create further problems. Late turned, it can turn into a severe disorder known as SOMATOFORM DISORDER.

Experiencing pain, lack of a body part, weakness without any cause/disease or disorder can be disastrous and devastating for a person and his/her daily life functioning. Under somatoform disorder, there are conditions in which there are physical symptoms in the absence of physical disease. Herein, the individual has psychological difficulties and complaints of physical symptoms such as pain, weakness, for which there is no biological cause. These physical symptoms experienced by the person are not traceable to a physical cause in any medical condition. Still, these can affect the person excessively and cause a disproportionate level of stress.

But, what are these symptoms that a person experiences without any biological cause? Below are the common physical symptoms person complaints of problems as–

Types of somatoform disorder are as follows-

Herein, the person complaining of losing a body part or involves unexplained deficits in movement, neurology, and sensory perception are highly caused by psychological factors such as stress, tension, anxiety, and many others. Physical symptoms that people experience suffering from this type of somatoform disorder is, being handicap, blindness, hearing loss, paralysis. It is most of the times caused by a traumatic event that impacts an individual’s sense of movement and perception of his/her surroundings. Here, the person experiences a loss of body part, but the biological reports do not capture organ loss.

This is another type of somatoform disorder that is prevalent in individuals. Individuals with this kind of condition have multiple and recurrent bodily complaints that are chronic. These complaints are likely to be presented to others. Surprisingly, individuals with this disorder are relieved that they are very sick and provide a detailed and long history of their sickness and take large quantities of medicines and painkillers. Complaints that these individuals do include headaches, palpitations, fatigue, vomiting, fainting and allergies.

It has an individual’s experiences with extreme and incapacitating pain without any biological disease or cause noted in any physical reports. Individuals play a significant role in how they interpret the pain and impact their overall daily life functioning and adjustment. For example, some people adapt to active coping with pain and learn how to ignore the pain and bear it without affecting everyday life. Some people stuck in passive coping that leads to reduced activity and social withdrawal.

This kind of disorder includes a persistent belief that he/she has a severe illness, despite medical reassurance, and spends their days, months, years and lives only by focusing on their pain. People believe that they are incredibly sick even after the assurance of medical help and even when there is nothing found in the reports and scans.

This disorder is very prevalent in current times as different world health reports and statistics show that 2.7% of people fulfil this disorder’s criteria from ICD-10 worldwide. In India, the current prevalence of somatoform disease is 5%. Most of the times affect women in their middle age with lower socioeconomic status.

But, on a positive note, this disorder can be identified, diagnosed and treated. Look below at the mentioned treatments used with these patients and help them recover from their conditions and live healthy and prosperous lives.

Whenever a person experiences any pain or physical symptom that is extreme and severe, a careful physical examination and medical report can help bring out the medical conditions the person is suffering. But, many-a-times, There are no biological conditions/physical diseases; thus, diagnosing a person with somatoform disorder. After getting diagnosed, a person various mentioned therapies, drugs and many others.

Various drugs and antidepressants are given to individuals suffering from a different kind of somatoform disorder but only when multiple therapies do not work with these patients and only after concerning the professionals. But, many researchers have reported less result of antidepressants on individuals with this type of disorder. These antidepressants work indirectly with the patient by alleviating stress, anxiety, and other post-traumatic stress disorder symptoms.

It is the prevalent and most consistent type of treatment used with these patients, and this treatment is also useful in treating the whole spectrum of somatoform disorder. This treatment alleviates symptoms, and it improves the person’s ability to cope with the current situation and helps the individual function better. This type of therapy makes the person self-fulfilling and controlling of their life situations.

Other psychotherapy types may also be useful for treating somatoform disorders, although not enough research.

Other than all these, society and its acceptance of these people also plays a significant role. Breaking the stigma over mental health, accepting people who have a mental illness, giving social, emotional support and providing community care can help alleviate various symptoms and live a better healthy and prosperous life.