Is Privatization of railways a good step towards development? 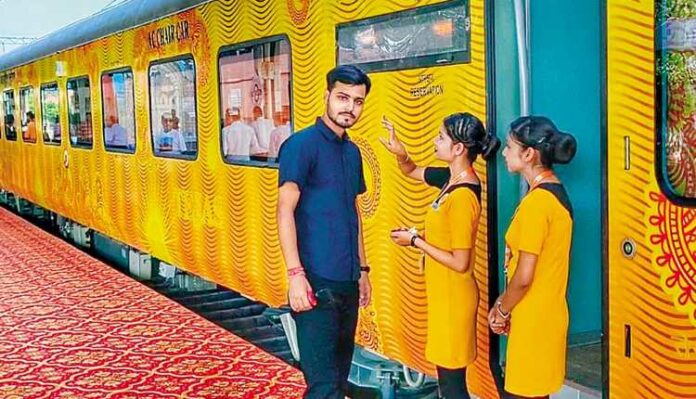 The topic of privatization of railways has been in the news for two decades — Under the process, the Indian Railways will allow the private firms to operate the passenger trains on its network. The Ministry of Railways starts this process by inviting the Request of Qualification (RFQ) from the private sector for the operation of the passenger trains in India. The whole project of privatization will start getting implemented once the government gets at least 105 modern trains through 109 pairs of routes. The private partnership with the railways will be allowed to the extend of 5%, which implies that the rest of the 95% of operation will still be in the hands of the government. The private sector’s investment in the railways may reach up to ₹30,000 Crore. The Indian Railways has received a lot of appreciation for serving the largest democracy in the world, but with the appreciation comes the criticism as well. The people were not specified with the services, for example, catering, punctuality of service, and many other services.

Further, the mishaps, for instance, the accidents, questioned the reliability of the railways.

The need for privatization can be proved from various factors present in the country. The services that are provided to the passengers travelling can be improved by this method of privatization. According to the several data available on the sites of government for the year 2019-20, the railways carried around 8.4 billion passengers, and contrary to that, approximately 5 crore people couldn’t use the travelling services, i.e. the people on the waiting list. The pros and cons of privatization can be analyzed to come to a conclusion of whether the privatization of railways is a good or a bad step.

Where Does the Money for Privatization Will Come?

One by one, the government is selling the country’s national assets. Recently, to raise around ₹2.5 lakh crore through asset sales, the government has listed assets for the monetization that included roads, electricity transmission, oil and gas, pipelines, sports stadia, telecom towers, and many other things. Monetization refers to the process of turning a non-revenue-generating item into cash, which is especially used in the liquidation of assets or objects into legal tender. Apart from the assets that have been listed in the monetization that belong to the eight ministries, the government also planned the disinvestment of the equity stake of AAI, i.e. Airport Authority of India that is one of the joint ventures that has its operation in Delhi, Mumbai, Bangalore, and Hyderabad airports and the government is also leasing out the sports stadium, for instance, Jawaharlal Nehru Stadium in Delhi.

The government is trying to collect as much as money possible to get the privatization onto the track. Similar to this monetization, the government has made a lot of efforts to generate revenue through various other measures.

Need for the Privatisation of Railways:

The privatization of railways is a good or a bad step is yet to be decided as the debate of the same is in progress.

Advantages or Pros of Privatisation of Railways:

Disadvantages or Cons of Privatization of Railways:

Privatization has its advantages regarding the improvement of the service regarding the security, catering, punctuality, and many others. The advantages are also accompanied by its critics as well that are as follows:

Therefore, should the railways be privatized, the debate might end after the step from the government? It would be interesting to watch the whole scenario and see the way the private sectors enter the market and make adjustments in the functioning of the Indian Railways.