What is Liberalism and why it is said to be the Power worshiper without Power? 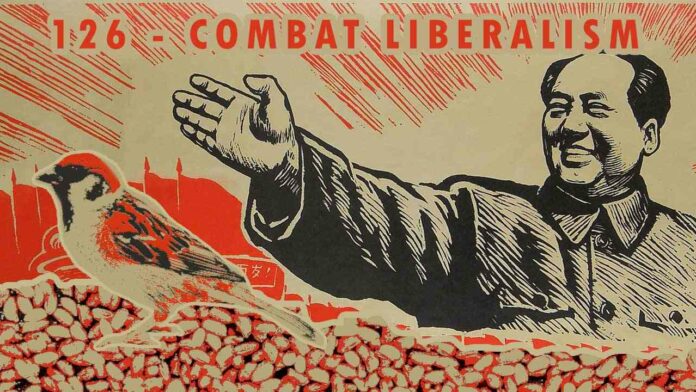 Liberalism and ideology dated back to 300 years ago, which ruling all that developing as well as developed countries of the world. A short and easy explanation of complex ideology of liberalism. It has been very interesting yet very conflicting topic among the scholars and soci-political researchers.

The liberalism is an ideology which emphasizes upon the principle of liberty and is based on the premise that every individual is a rational being and as a result of which possesses the knowledge about his actions and its consequences. We can easily differentiate between right and wrong.

It is stated that liberalism and liberty emphasizes upon the promise that every individual must be set free to do his own task, but at the same time it must be clear that he or she is responsible for his or her actions as a result of which, he/ she would be facing the consequences accordingly.

The ideology of liberalism is considered to be about 300 years old and with the advent of the life there was a great emphasizes on the principle of liberty.

John Locke and English philosopher who was born in 1632, is considered to be the father of liberalism, as he not only emphasize upon the concept of life, but also by giving his theory of natural rights give individual rights against the state. It is stated that the label is a basis itself on the premise that an individual governed by self interest and at the same time by pursuing the same interest they are able to common interest as there is a major difference in the interest of the society which is why they can easily be reconciled and one can say as a result of which one realizes that when an individual rises other associated with him also my progress and the chain is created. It is said that when we talk about liberal ideology we find that in a particle sphere, it emphasize upon encouragement to democracy which means people have to right to cast vote elect their representatives at the same time people are the ultimate source of power and government revolves around them.

As to maximize the interest of an individual in the terms of economics pair, liberalism encourages open markets and free competition among the members of the society as a result of which one can say that people would be able to achieve what they deserve and would be able to better themselves than others at the same time government will not intervene in the markets and principles of supply and demand shall govern the markets. one can say that prophet in private property is allowed and one can accumulate any kind of wealth in a country depending upon his expertise.

Socially, liberalism gift freedoms of the individual to undertake the culture, customs, traditions and like in our society, there is a no statelisam as a result of which there are absence of privileges to any members of the society.

There are two types of liberty in a term of political theory which can also be termed as branches of liberalism:-

Scholars Locke and J.S mill emphasized upon the premise that due to open competition and capitalist tendency of liberal society which shall be exploiting the poor and those with might will prevail over weaker sections of the society as a result of which the state must protect the interest of those who are part of the society but have not been able to participate due to lack of opportunities.

One can say that even there are scholars that add a moral dimension to liberty and emphasizes upon the premise that as much consideration being assigned to the duties as much are assigned to the rights of the people. The welfare of the state which means bringing set policies that can maintain an equilibrium in the society.

Example:-rich vs poor and Majority versus minority etc.

It is stated that Libertist scholars are those who have emphasized upon the premise that the state should not intervene in the society and the lives of individual.

On what they emphasis upon is that the state is rolling back to the state. They do not undertaker welfare policies because on on one hand they realize that in the name of welfare the state may become authoritarian, which means people are not paying taxes by their free will, whether they are being forced to do so, and this money is spent on those who are undeserving. It is stated that neoliberal scholars like Robert nurses and F. A Hayek have emphasized upon the premise that in the name of welfare state promotes the interests of those who says freebees and those who do not want to take pain of working.

It is stated that Noussic, and Hayek have gone on to the extent of stating that let people decide their own fortune by their hard work an ability which means neoliberal justify the accumulation of wealth and do not want Richmond to carry a poor man on his shoulders.

It is clear that these scholars justify the advantage of the west over the third world country.

Finally, we can say liberalism seek, peaceful settlement of disputes by negotiation and as a result of which we can say, with each passing day liberalism is being adopted by various countries of the world and credit for it goes to scholars like Mills, Bentham Berlin,Hayek.