List of Weird, Yet Interesting Birds You Need to Know About 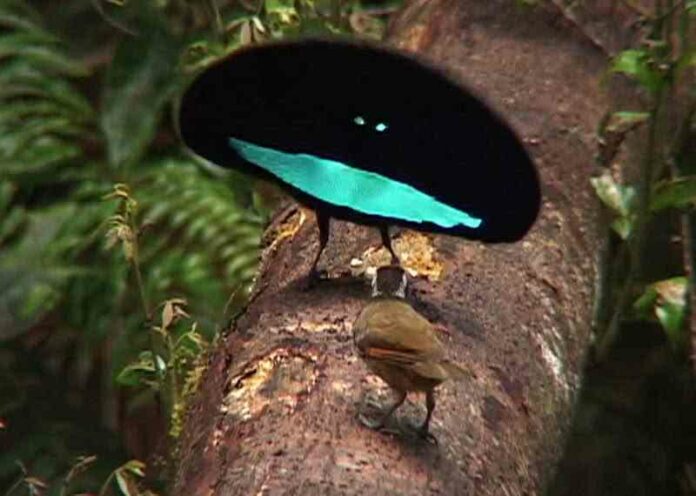 Birds can be seen roaming in the sky, tapping on ice, diving into waters and walking on lands. They are the answer to the question, “do dinosaurs still roam around the Earth?” Some a pretty while some ugly. Some are an omen to good luck while others bring nothing, but bad.

From the top of the hat, which birds do you think of when the term ‘bird’ is spoken? Most of you might think of sparrows, crows, eagles, parrot, penguin, duck, hen and what not. But after reading this article, you might think of some weird, but interesting birds. 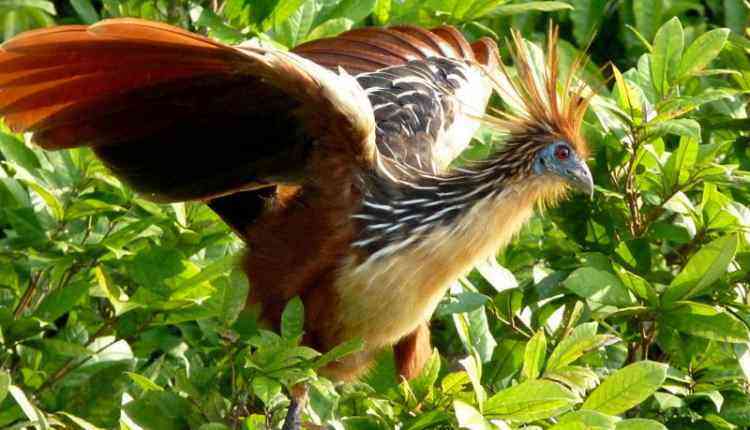 Native to South Amerian’s Amazon and the Orinoco, this bird is the only species of its genus. They are herbivore, meaning they feed on leaves, fruits and flowers. Due to their diet, these birds tend to stink. Locally, they are known as ‘Stink Bird’ for their manure like odour. This repulsive smell is the reason why they have are not threatened by a human. At least not until someone is really, really, really hungry.

The digestive system of Hoatzin is more like that of cow, differing from other birds. They have a foregut which breaks down the plants through bacterial fermentation. Evolution operated on their digestive anatomy called a crop. It made the crop analogous to cow’s rumen. Because of this, the crop is large and hence, displaced flight muscles. Due to this reason, these birds can’t fly that well.

Hoatzin’s wings have two claws each. This prevents them from falling down into the water, from the branches, as a hatchling. When the Great Black Hawk attacks the chicks, the parent Hoatzin act as a distraction by flying here and there. The chicks hid and in case located, they plunge inside the water, swimming and using their clawed wings to pull themselves to the land, tree and nest.

Some ornithologists wonder if Hoatzin is predecessors of Archaeopteryx lithographica which had three claws on each of their wings. Others are divided on the idea, arguing that there might be a recent adaptation as a result of selective advantage or survival of fittest, induced by predation. 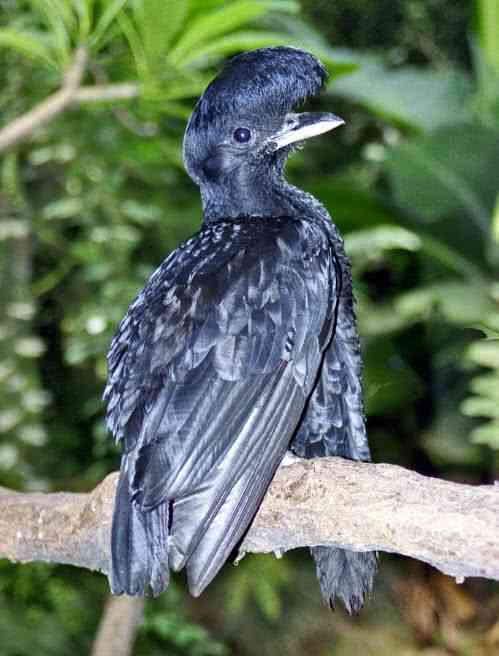 The reason for its name comes from the wattle hanging from its chest and large crest over the bill of the male bird. The size of their large wattle is approximately 35 cm. Covered with short feathers and inflatable. It is used in courtship and is a symbol of dominancy in these birds. During the flight, these wattles are held against the chest.

Found in Colombia and Ecuador, these birds are a great source of pest control due to their insectivorous nature. Apart from insects, they also feed on lizards and nuts. 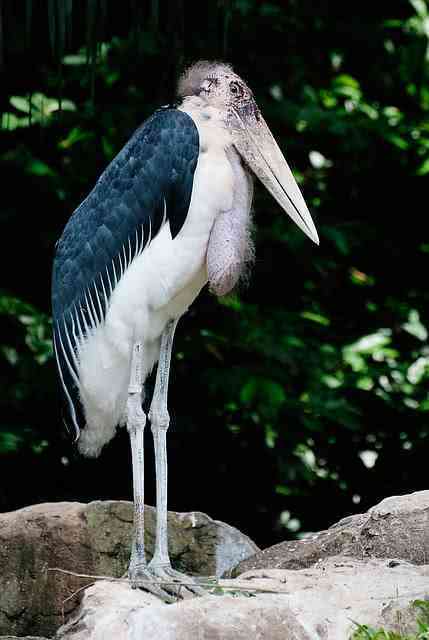 Adding Leptoptilos Crumenifer is a large, wading bird found in Africa. It is found both in wet as well as arid habitats, near human habitation like landfills. To its shape from behind, it is also called “undertaker bird”. These birds are gregarious, colonial breeders and known to be quiet ill-tempered. It indulges in bill rattling as a courtship display while the throat sac is used to make various noises. These are hosts to a number of endoparasites like Cheilospirura, Acuaria, Amoebotaenia and Dicrocoelium. 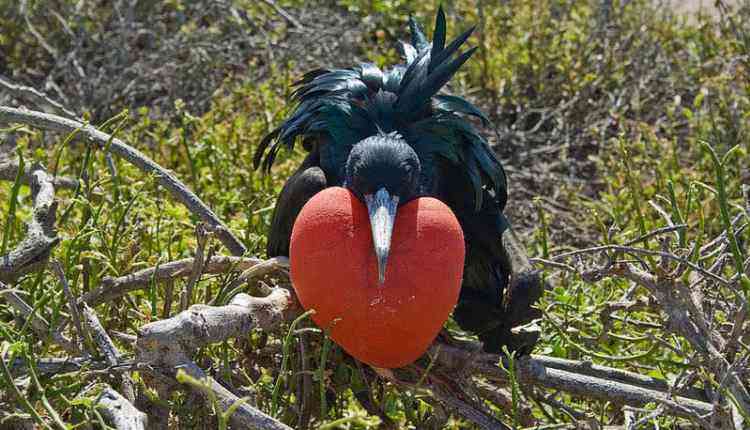 They are known for their bright, red throat pouch which is found only in males during the breeding season. Female can be differed from the male by their white breast and grey coloured bill. They spend most of their time flying, chasing other birds to steal their food. Their food consists of fishes, squids and jellyfishes. 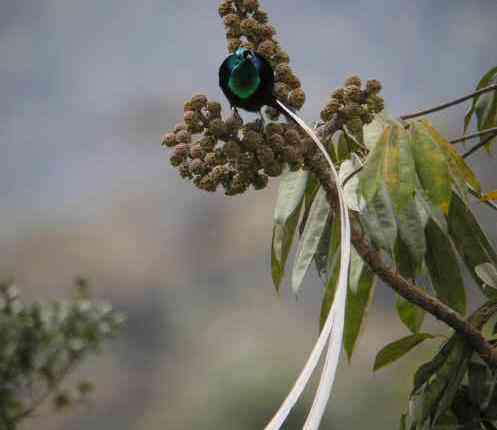 It is also known as Shaw Mayer’s Astrapia. Endemic to the subalpine forest of Papua New Guinea, it is a species of birds of paradise. And like all of them, the males are polygamous in nature. They are near threatened due to habitat loss and being hunted for their plumes. Longtails of males make it difficult for them to escape their natural predators as well. Males use their long tails to attract females. 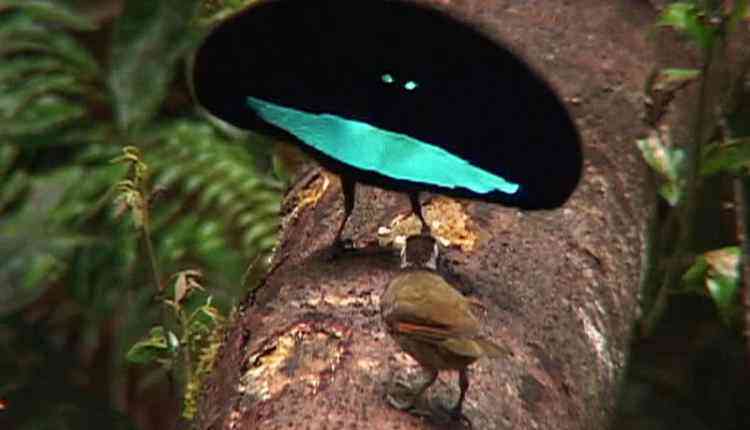 Lophorina Superba is 26 cm long. Males are black, with an iridescent green crown, blue-green breast and long, velvet erectile black cape covering. The female is a reddish-brown bird with brown barred buff. The birds are dimorphic species. Although the low population of females is something to note. This leads to intense competition in males, displaying bizarre and elaborate courtship behaviour. Females usually reject lots of male before consenting to a male. The birds are Polygynous, mating with more than one.

These prey upon large animals like frogs, reptiles and birds and also eat fruits and insects. Their predators include birds and snakes. 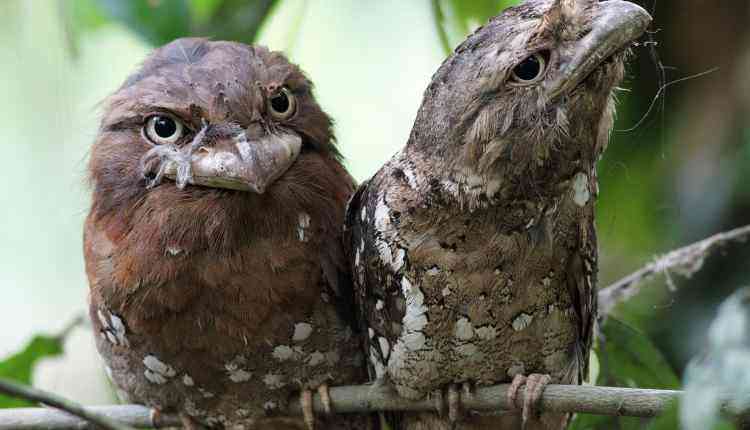 They are found in Western Ghats of India and of course, in Sri Lanka. They are nocturnal, living in the forest. Their plumage resembles dried leaves, camouflaging them when they rest o branches. It has small wings, distinguished by wing coverts which end in black spots tipped with white.

Upon being alarmed, they slowly move their head with bill pointing upward. It can easily be a mistaken or broke branch. They rely on crypsis, often sitting for long before making an escape. 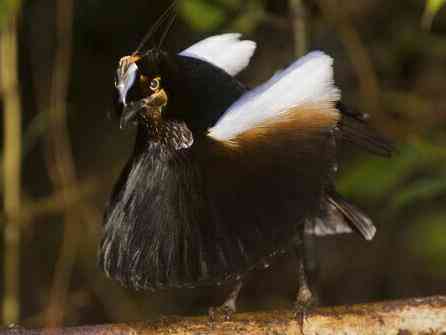 They are endemic to Indonesia, found in the mountain forest of Vogelkop and Wandammen Peninsula of Western New Guinea. Like other species of Paradisaeidae, they are polygynous. The male Western Parotia do a unique mating dance to draw females. They spread their plumes, hopping around while performing a ballet. During which they move their neck back and forth. The nest is built and attended by females alone. These birds feed on fruits and arthropods. 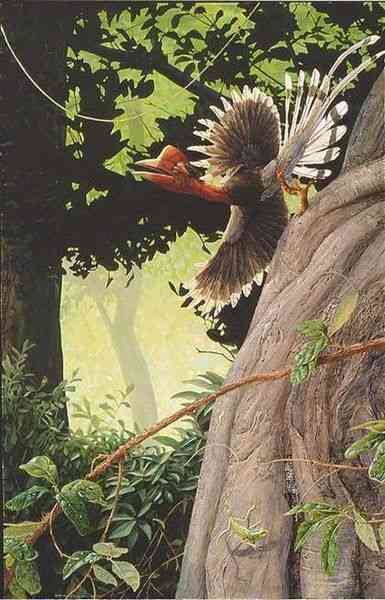 Helmeted Hornbill is a large bird in the Hornbill family. Found on the Malay Peninsula, Sumatra and Borneo. The casque accounts for 11% of its 3 kg weight. Unlike others, the casque is almost solid, used in head to head combat among males. Punan Bah believes that a large helmeted hornbill guards the river between life and death.

The conservation status of this bird is critically endangered because of its casque. The casque is a source of hornbill ivory. It is a valuable carving material.