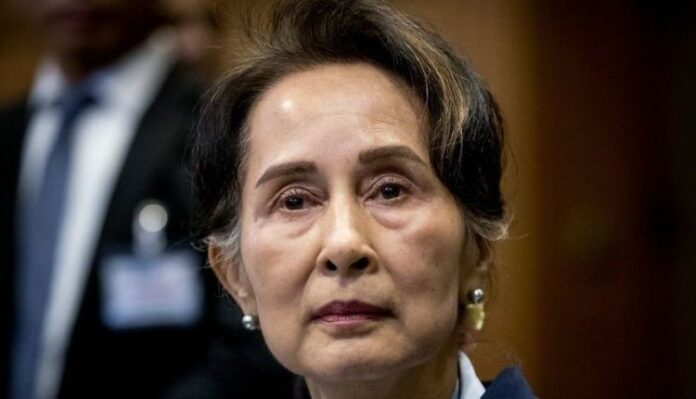 The small country of Myanmar is one of India’s neighbouring country. The country was under British colonial rule. It gained its independence on 4th January 1948. Earlier, it was a part of India until 1937. However, the British separated them in the hope of weakening the Burmese Nationalist movement. The country was once known as ‘Burma’. Myanmar shares its borders with the northeastern states of Arunachal Pradesh, Nagaland, Manipur and Myanmar. Although this country is in the middle of some of the most advanced countries like China, India, Thailand and Laos, it is still very underdeveloped. For a really long time of 50 years, the country was under the dictatorship rule and the Military under three dictators.[1] Thus, the country cut itself off from the rest of the World and isolated itself in shadow and mystery. As a result, it is way back in technology and development. They continue to live the ancient life. It is, for this reason, known as the ‘Sleeping beauty of the World’. Aung San Suu Kyi is a very important figure in the history of Myanmar.[2]

Let us learn a little more about Aung San Suu Kyi. She was born to be a revolutionary freedom fighter. She was the daughter of the famous Aung San, the former military general who negotiated with the British Colonials for Myanmar’s freedom in 1947. Aung San is also known as the founding father of modern-day Myanmar, then known as Burma. However, her life changed when a rival politician assassinated her father. She then started a new phase of life with her mother, who then became a politician. She continued her studies first in Delhi, India and then in the United Kingdom, she completed her graduation from Oxford University and later, met her future husband. She settled there with her family, but she saw her country going into despair due to dictatorship when she saw her country going in despair. The dictatorship started in 1962 when General Ne Win removed the democratic rule in the newly independent country and started a military rule. Her life retook a severe turn in 1988 when she returned to Myanmar due to her ill health. Coincidently, it was the time of the great uprising in Myanmar.

There were nationwide protests against the military dictatorship, and this uprising came to be known as the 8/8/88 uprising. The protestors were helpless when they decided to elect Aung San Suu Kyi to fight for democracy. She created her political party called National League for Democracy. But the military dictatorship continued, and the new military government was elected to rule over Myanmar under the “State Law and Order Restoration Council Information Committee”. The Military despised Suu Kyi so much that they even kept her under house arrest from July 20, 1989, to July 10, 1995. She was declared ineligible for elected office for her opposition to the government. But despite her being under house arrest, her party was growing in power when it became victorious in the country’s parliamentary elections in 1990. Suu Kyi was dedicated to staying on the path of non-violence struggle to defeat the military rule, and the World knew her for this. She was even given the Noble Peace Prize. However, she was again under house arrest for two years between September 2000 to May 2002. A pro-government mob also attacked her NLD convoy. And she was also under house arrest from May 2003 to November 2010. But she didn’t give up on her fight for her country. As soon as her house arrest was over, she began preparing for the 2012 parliamentary election, and her party became victorious. She again contested on the 2015 general election which is Myanmar’s first open election in over 25 years, and again they won big. She became the de facto leader of Myanmar’s government. Still, she was not allowed to be the President as the constitution lays the rule that candidates who have been married to a foreigner cannot be the President. In recent years, the World has been disappointed with Suu Kyi as Myanmar is going through ethnic cleansing in Rohingya. The UN has identified it as genocide creating one of World’s worst humanitarian crisis.

Another turning point came in Myanmar’s history on the 1st of February 2021, when Myanmar’s Military overthrew Aung San Suu Kyi’s government. On the night of 31st January, Aung San Suu Kyi and many other influential political leaders were arrested from their homes.[3] For the news to not spread, the television channels went off-air, internet access was cut off, and telecom networks such as Facebook and Twitter were suspended. Only, the Military’s television channel was available, and it announced that the Military would take control of the whole country for one entire year. The Military just needed an excuse to dismiss Aung San Suu Kyi from power, so they charged her for illegally importing walkie-talkies. The main man behind this military coup was the commander-in-chief of the Myanmar army, Ming Aung Haling. The Military took this step because the results of the 2020 election angered them, they believed that Aung San Suu Kyi’s party won due to election fraud. The Military called on the government and the Union Election Commission to review the results because they spotted many irregularities in the voter’s list and voted more than once. But all these allegations of the Military were rejected.  In an interview of the Military for addressing the election fraud that took place just days before the military coup, one spokesman said, ” We do not say the Tatmadaw (Military) will take power. We do not say it will not as well.” However, there are controversies that this election fraud was not the main reason behind the military coup and the main reason remains unknown.

The whole country of Myanmar and many other countries, including India, are condemning this military coup. The people of Myanmar have started a campaign with #Civil_Disobedience, which is now trending. Even the medical personnel and civil servants have called for a strike refusing to continue working under the Military. The civilians have also shown their support from home by banging utensils and shouting slogans against the Military. Thousands and thousands of people have taken to the street of Yangon, the largest city of Myanmar to denounce the military takeover. In contrast, the police have blocked the streets and attacked the protestors with water cannon, tear gas and rubber bullets to disperse the crowd. The crowd are fighting for the release of their leaders, including Aung San Suu Kyi. The protesters are protesting in Myanmar and Australia, Taiwan by the fellow Myanmar Community there. All the protestors have started a peaceful protest with their only weapon, a three-finger salute which has come to represent the pro-democracy movement. Besides, as a mark of support to the NLD, the protestors are wearing the colour red. To stop this agitation, the Myanmar military via the Myanmar State Television has declared that severe court actions will be taken against the protestors who break the law. 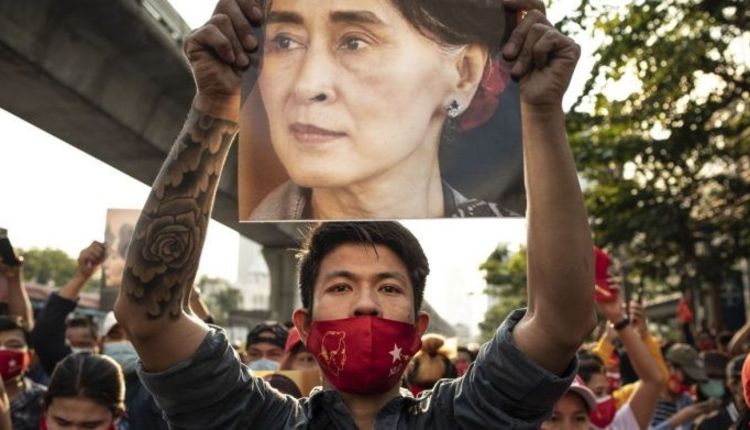 Just when Myanmar started its journey to became a democratic country, the Military took control over the whole country, destroying the citizens’ dreams to achieve basic rights. The struggle for having a strong economic development will continue for Myanmar.