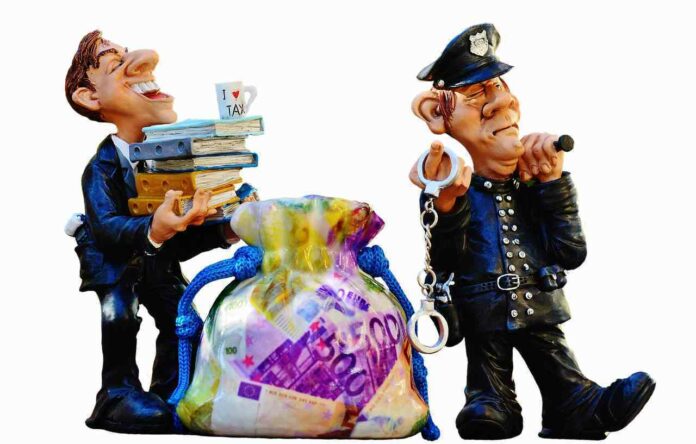 A pyramid scheme can be defined as a business model where you recruit members, promising them payments and services for enrolling others into it. These are illegal in many countries. The organization makes the individual pay them in exchange for a promise. The promise might range from something like a share of revenue to something else.
The only source of income for this scheme is recruiting more members.

They do not sell goods or services. The pyramid grows exponentially; each level is larger than the previous one. It is impossible to expand due to limitations set by finite population growth continually. So, the bottom layer of the pyramid is the largest. The people at the top make the most money while those at the bottom, not really. On top of it, they are the ones losing money. The scheme ends up collapsing after a certain period.

Hence, they are considered a big, fat scam.

The most significant sign of a pyramid scheme is that unlike a usual company, they do not promote their services or goods. They encourage the actual company.

All because they could not recruit more people to join there, you got, no-fail investment opportunity.
Multi-level marketing, often abbreviated as MLM, is also called pyramid selling, network marketing or referral marketing. It is a marketing strategy where the revenue of the company is met from the unpaid, non-salaried workforce. They sell the company’s products or services while the earning are derived from a pyramid-shaped commission system. Familiar names that might ring a bell include Amway, Avon, Herbalife, FreeLife, Nutrilite and Nature’s Sunshine.

These products are not sold by traditional means like in a shop or online. The salesman goes house to house to sell products.

MLM works by encouraging the exploited workers to hold on to the view of achieving considerable returns in the near future. Too bad, the future never arrives.

Overpriced products, oversaturated markets and shady sale tactics mean that more people lose money and not gain it. Anyway, that is not everything. In actuality, the gross revenue is earned through recruiting people; encouraging them to sell their stuff.

These, too, are illegal.

You might have seen the hashtag #GirlBoss trending around various social networking sites like Instagram, Twitter, etc. Women use it to denote their professional or personal success, ambition, strength and braveness. It a tool of empowering females, deemed as the weaker ones.

With the rise of MLMs online, one realizes just how dangerous and harmful these student jobs can be.
Women online are encouraged (through the hashtag #BossBabe) to become a pawn of these MLM and pyramid schemes. The money is going straight into the pockets of wealthy company owners, the giant proportion of which are men.

The MLM companies can sell anything– books, financial services, etc. but a wide range of it is stereotypical feminine products like makeup, which is not an issue. The problem is that they claim to support female entrepreneurs and feminism while doing anything but. They call themselves ‘Boss Babes’ and momtrepreneurs. They indulge their vulnerable consumers through claims like 80% women are earning their over six-figure salary through direct marketing, posting pictures on Instagram which showcase how they are slaying it and acting as if it is a rare achievement for a woman to earn money on their own.

They claim to be a feminist yet are pulling women back. To the point that when you see a female selling some product, you have to triple-check that she isn’t baiting you. It is profoundly depressing because you do not tend to do so for a male.

The root cause for the success of such an outdated and incredibly sexist trope lies in sexism. The society is not easy on working women. Half the people are reluctant about giving a female some job because they might not feel comfortable working overtime or take a maternal break or not even work after getting married. So where should a woman go? MLM and pyramid scheme (disguised underneath pretty hashtags and woke names) glitter in their face.

Basically, the trap is made of desperation.

MLMs and pyramid schemes guilt trip mums and teens into joining them. Once you have sunk in, you continue to sink in the cultist nature of the pyramid scheme. One can continue pointing out the trap, while the other continues failing to see it. No one likes being a failure. Especially when you have a child to take care of whose whole well being might just depend on you.

The best way to end MLM is to become anti-MLM. Social media has made it easy for them to reach out to probable victims and continue to spread their ‘wisdom’. So use the same social media to support actual, decent Boss Babes and momtrepreneur. They educated the vulnerable about the toxic community of MLMs and pyramid schemes. There are a plethora of examples of telling and retelling the horrid tales.

How to recognize a scam?

Someone will hit you on SNS acting like they just woke up from a comatose state and realized how pretty and perfect life is. They will use lots of hashtags for no particular reason. Call you prefixes and suffixes like huns, babe, girly, dear, girlfriend etc.

All the while acting as if they know you. If you meet this person in real life, you will probably end up going to jail for murder. Because how can someone be so excited! They also coin terms like a sisterhood, girldom, girl power, boss babe, girl boss, anything that might click your feminist spirit.