Poor English Made Her Captain Anny Divya – A Story of Determination 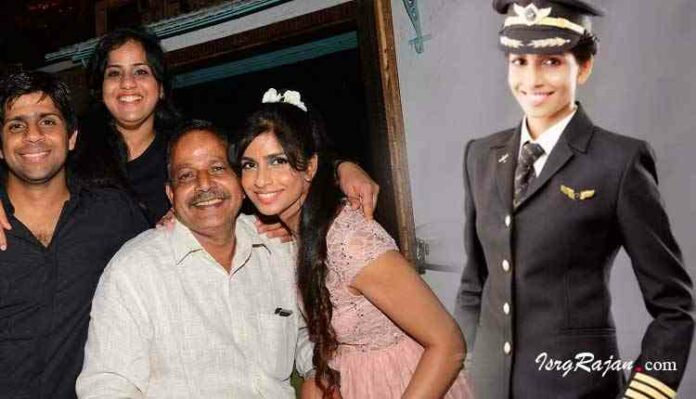 Born in a lower-middle class family, this young woman of 30 years conquered all obstacles to become India’s youngest female commander of a Boeing 777. Her father stopped his education because of poverty and joined the army as a soldier. He took voluntary retirement from the army and settled in Vijayawada. Amy’s has to face several ups and downs in her student life. Both of her parents had limited schooling. She is mostly left to study on her own. She studied in Kendriya Vidyalaya in Vijayawada. She could not speak English as no one at home spoke English though she is well off with Telugu and Hindi.

Her mother successfully planted the idea in Anny’s mind that she would one day become a pilot when they lived near Pathankot air base. Anny was 10 years old then. She worked hard and won a scholarship and completed her pilot training at the age of 19.

However, her dream of flying is discouraged and ridiculed by many people. She never lost her focus on her goal. Anny joined at the Indira Gandhi Rashtriya Uran Academy in Rae Bareli, Uttar Pradesh, when she was 17 years old. It is pilot training academy run by the government. Eventually, she is recruited by Air India when she was just 19. She got an opportunity to learn flying a Boeing 737. With her grit and determination, she became a pilot of Boeing 777, the largest twin jet in the world. Though she was offered to take command on a 737 much before, she waited to command the Boeing 777 because it is the plane she always wanted to fly.

After completing intermediate, Divya wrote the Engineering Entrance Examination and won a seat in Koneru Lakshmaiah College of Engineering College in Vijayawada. That too in the most sought after branch, EEE (Electronic and Electrical Engineering). Engineering and Medicine were the most preferred courses then. Divya had to take a hard decision and leave the engineering college to join the flying school to fulfill her dream of becoming a pilot.

Divya or her parents did not know how to become a pilot as they had no guidance from anyone in the aviation industry. A ‘Swami Ji’ once came to their home. She asked him if she could become a pilot. Sometime later he informed her about a newspaper advertisement for a flying school. That’s how Divya knew of the Indira Gandhi Rashtriya Uran Academy (IGRUA) when she was 17. In spite of her father’s inability to pay the course fee, Divya decided to appear for its entrance exam. Her mother and sister supported her. Divya took the examination in Delhi, travelling in an unreserved compartment for two days.

She was one of the 24 applicants selected in an all India examination. As flying was not popular at the time, and getting an education loan for a flying course was almost impossible. Her father had to raise Rs 15 lakh for the course. He took a loan, partly from a bank and partly from relatives. Divya’s troubles do not end here. Her colleagues mocked her for inadequate English speaking skills. This made her more determined than ever, to work harder.

Divya finished flying school in 2006 when she was 19 years old and got offers from a few airlines in the campus interviews. Her choice is clear as from her childhood her ambition was to join Air India.

While working for Air India, Anny completed a degree in B,Sc., (Aviation) and learned the classical keyboard. She also paid for the education of her siblings who studied abroad and also bought a house for her family. Later Divya went to Spain for training and began flying the Boeing 737. Subsequently, after flying the 737 for a few years, she was certified to fly a Boeing 777 duly completing another training session in London.

Dear children, the Boeing 777 is the largest twinjet aircraft in the world and can carry between 300 and 400 passengers. Divya opted to fly international flights, though she had a choice to fly domestic flights. Flying domestic flights is less demanding and a lot easier. Presently, she flies to cities in the US like Washington DC, New York, San Francisco, and Chicago. Through her career, she has flown to most of Europe and also the Middle-East.

Divya credits her success largely to her parents. She says, “Life is a journey, and you need people around you at every stage, who will support you. My parents have done the most for me, as I would not be here if it was not for them. I’ve also had great teachers, right from my school, to airline training, which also helps to a great extent. However, that being said, you will also need a lot of passion and determination if you want to succeed. You have to love what you do.”