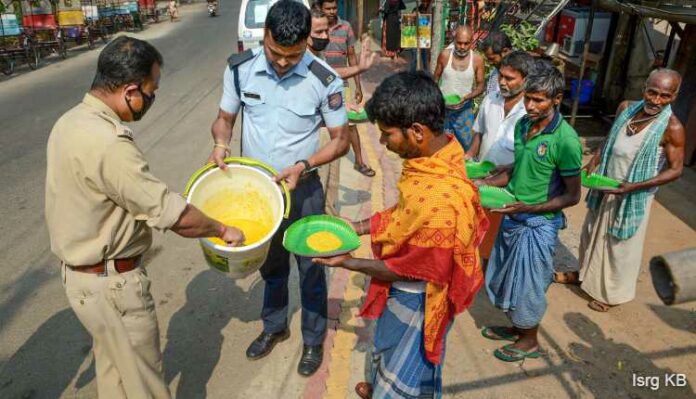 Pradhan Mantri Garib Kalyan Yojana was launched by the government of India in December 2016. Pradhan Mantri Gareeb Kalyan Yojana was introduced in line with the ‘Income Declaration Scheme, which was also introduced by the government earlier that year to bring back the black money from various other countries into the Indian system. The income Declaration scheme was earlier introduced with a time limit of four months, i.e. from 1st June 2016 to 30th September 2016.

Pradhan Mantri Kalyan Yojana was valid from December 16, 2016, to March 31, 2017. Under this Pradhan Mantri Kalyan Yojana (PMGKY), people were allowed to declare their hidden income or undeclared income in the form of cash or deposits in the bank. However, people were not allowed to declare their income in the forms of gold, jewellery, stocks, money deposited in overseas accounts, and properties like land or immovable properties.

The Pradhan Mantri Garib Kalyan Yojana got extended till June 2020 in the first place but later got extended following the situation because of the pandemic.

The Pradhan Mantri Garib Kalyan Yojana helped and made its impact during the pandemic. Soon after the lockdown, i.e. 24th March 2020, our honourable Prime Minister Narendra Modi, through PMGKY, announced a relief of ₹1.70 Lakh Crore. This move by the Prime Minister was welcomed on a large scale. The scheme not only helped the poor with the financial status but also with other household problems. Under this scheme, 5 kgs of rice/wheat were provided to poor people which reached approximately 80 crore people. This was allocated to each family member and a free 1 kg of chana per family per month. A major amount of the scheme was also spent on employing the people, which amounts to ₹ 50,000 crores.

The need for employment also was recognized by the Prime Minister, which resulted in the launch of Pradhan Mantri Garib Kalyan Rojgar Abhiyan. This Abhiyan was launched with the motive of providing the poor with an opportunity to earn a living. This was termed as the massive employment campaign, which will give a way of living to the migrant workers who were forced to return to the rural areas because of the pandemic and the national lockdown.

The Abhiyan was flagged from Telihar village, Bihar, by the Chief Ministers of the state and 6 representatives. Later, Prime Minister Narendra Modi also interacted with the local village citizens through video-conferencing and explained to them the solutions to the problems that will be solved by this particular Abhiyan that has been brought into action.

This scheme was later extended, looking at the prevailing situation in the country where pandemics had shut the doors for daily wages workers or labourers. This extension in the scheme till November will cost approximately ₹ 1.5 lakh crore. There were many questions raised regarding the implementation of the same, but the effects in some parts of the country do show the desired results. The scheme included Safai Karamcharis, nurses, ASHA workers, doctors, specialists, and many other frontline workers, which accounted for approximately 22 lakh. All of these 22 lakh workers were included in the scheme, as all of these frontline workers stood up as warriors at the darkest of times in the country.

The government did try to make this scheme reach the headlines, but if the ground reports were checked and analyzed, the people from rural areas who were eligible for the benefits were not aware till June end. The PMGKY scheme details did not reach the audience at large. The Pradhan Mantri Garib Kalyan Yojana eligibility was not concentrated on one particular section of the society, but the PMGKY eligibility criteria were spread across the different sections of society, which tried to cover everyone who was in need.

The women in many states were forced to take loans because their small businesses were shut. The availability of a strong decentralization system plays an important role in such crucial situations. The present central government, however, has a proper decentralization system that ensures the proper flow of communication mechanism but this decentralization system which includes ration dealers, the representatives who were elected as the members of the Panchayati Raj System, Anganwadi workers, etc. who earlier have also contributed towards the implementation of schemes, for instance, Swachh Bharat Abhiyan, and many other seems to have not taken the PMGKY scheme very seriously.

Therefore, reducing corruption becomes important in such a scenario.

The women account holders under the Pradhan Mantri Jan Dhan yojana were made to receive ₹ 500 per month directly in their account. A total of 20.40 crore women account holders received the benefit. The government also tried to transfer most of the amount through electronic mode, which reduces the chance of engaging an intermediary and corruption. Even after so much effort, it was hard and impossible for the government to exclude the corruption at the ground level, including an ‘n’ number of intermediaries. The MNREGA scheme under which the daily wage workers are given the benefits was also increased by ₹20 per worker that benefitted approximately 13 crore families.

Therefore, the Pradhan Mantri Garib Kalyan Yojana scheme made an effort to solve the economic problem by using the funds that were accumulated by the government in the years through this scheme. The government tried to take initiatives by transferring money to the poor and needy in the hard times and using the funds for the welfare of society. The benefits were also hampered because of the corruption at the ground level and the lack of information regarding the PMGKY scheme details, but looking at the broader picture does show the advantages. Also, the Rojgar Yojana had a positive impact on the people finding it difficult to find a medium of earning a living.