Remembering Austen after two decades of her Death Being an Austen fan, I couldn’t resist myself from writing something about 200 years of Austen’s death. For any true romance reader who loves to be lured to the world of phantasm, savoring Austen’s novels are as must as always. Austen’s novels are so encompassing and marvelously portrays the characters that anyone would fall in love with her style immediately, once they start with. Her language is so rich of flavor and valor which hardly any female writer dared to produce at that point of time. And that is what makes Jane Austen an immortal soul destined for eternity.

She portrayed womanhood with generosity mingled with complexity. In some cases woman were portrayed as meek, effeminate, powerless and paralyzed that they helplessly waited for their prince charming and tried to make a fortune in pursuit of marriage, waiting for things to happen, whereas in the same plot an exact contrasting character with potence and vigor were always portrayed to give the readers a synchronized view of characters that are deemed by the society and to make females understand their loopholes in them.

For those who feel bored and do not at all enjoy reading classical literature or are scared of fat books, I suggest them to at least watch the movie version of each novel, if not anything else. I bet any romance reader won’t give up with Austen.

Here I’ll give a succinct view of 3 best and most read novels of Austen: 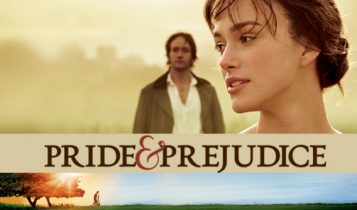 The most read, appreciated and world acclaimed book of Austen is “Pride and Prejudice”. The story starts with, Mrs. Bennet’s excitement to visit Mr. Bingley, who is a rich, wealthy man, recently arrived in their neighborhood. She’s anxious to meet up her five daughters with Mr. Bingley. Owing to the decline of fortune of Mr. Bennet, the principal motive of the mother becomes to fetch her daughters suitable husbands with enough fortune.

So, will any of the daughters get married to Mr. Bingley? Or they’ll prefer their own choice? You will know about it once you read or watch it, because am not going to unravel the mystery here 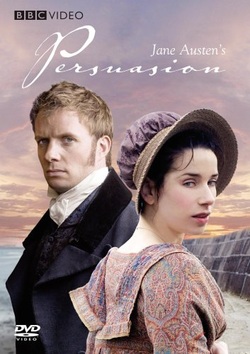 This is one of my favorites and also the last fully completed novel of Austen. This novel not only portrays love, but also explains how hasty love can lead to peril. In due course of the story, the characters undergo a complete change and slowly one could identify their true identity. One could recognize the true characters and how people adapt to changes. The novel is undeniably relevant to today’s context and that has rescued Austen from being lost like others.

The story revolves around Anne Elliot and her meeting with Frederick Wentworth, with whom she had been engaged in the past years and now is out of touch for years. Frederick happens to be the brother of the Admiral’s wife, to whom the mansion of the elites was sold due to paucity of money. This gives the love story an interesting twist and gives everyone’s life a setback. Will there love story be continued or will it freeze for the rest of their life?

Know all about the story and Austen just by reading or watching it, because unveiling Austen’s suspense would be injustice done to the writer . Though I must have included “Sense & Sensibility” in the third place, of course, but I prefer to include “Northanger Abbey”, not only because it is among one of my favorites but also because this particular novel adds a different flavor to the monotone of romanticism.

Though the story encompasses a gothic surroundings in its later stage, but adds a tinge of mystery and suspicion that will increasingly engross the reader once it starts unfurling its wings. Though it involves wealthy elite families socializing with each other, it also includes Catherine Morland, the protagonist of the novel, an innocent young lady who is plunged into the gothic world and has firmly believed in it.

The Morland family moves to Bath and there they meet Thorpe and Tinley family, the story takes a complex turn from this point, but eventually Catherine and Henry Tinley stir up deep feelings for each other. To know how things end up, you must go through the book as always. The book might end up stinging your eyes with tears

Austen’s novels are so much pertinent even to this day, that it’s worth reading to understand the characters circumposing you and to sort out solutions of the complex intricacies.

Debadrita Mukhopadhyay
An enthusiastic girl brewing with panache to try her hands on different things and trying out new and creative ideas to mould things into life. A blooming artist as well and passionate about painting and writing. She's a first year undergraduate English (Hons) Student of Loreto College, Kolkata. She tries to blend her ideas and thoughts with the circumstances and bring out something unique in each work she does.