Should we eliminate Pigs? Stray pigs are hubs of viruses and other pathogens. 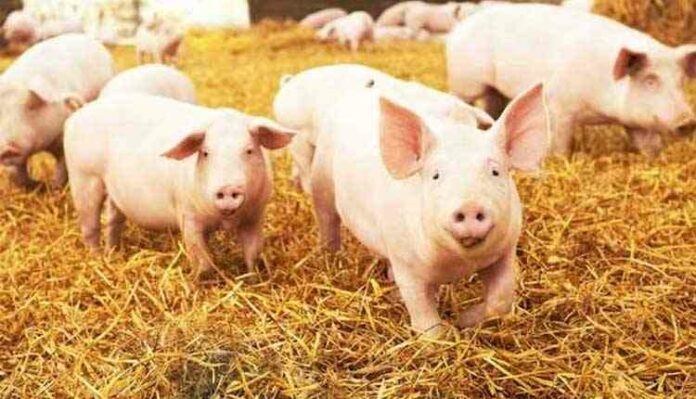 Pigs have been incriminated as amplifiers of several zoonotic viruses. Available data and evidence regarding the emergence and re-emergence of many infectious diseases suggest that a complex interplay of multiple factors must have led to resultant outbreaks and species jumping. As international travel and human encroachment into previously isolated areas increases, the potential for the emergence of new infectious diseases is also high.

A recent bird flu epidemics have resulted in elimination of poultry farms from affected areas. Is it now the turn of pigs? The scientific community needs to think seriously about a well knit strategy for such eventualities.

Infectious diseases result in deaths of about 13 million people every year all over the world.  Synergistic mechanisms involving ecological, environmental and societal factors result in emergence of new diseases and re re-emergence of diseases once controlled. A few decades ago, the list of human or animal diseases used to be shorter and traditional agents like rabies, anthrax etc dominated the list of zoonotic diseases. But the list of such diseases seems to be increasing and continuously extending including diseases like equine encephalitis, Rift Valley fever, Wesselsbron disease, Crimean Congo hemorrhagic fever, Marburg, Ebola, West Nile virus, highly pathogenic avian influenza and many others.

It is interesting to note that over the last two decades, many of these viruses were responsible for the spread of disease in South and Southeast Asia and most of them even attacked human beings. Many have been found to multiply in pigs, which act as carrier and amplifying hosts, before transmitted to human beings.

Here are the list of some of the fatal diseases that is spreading it’s leg across the world:

Japanese Encephalitis (JE) is an epidemic flavivirus disease in Asia. It is responsible for viral encephalitis in humans, around 35000 to 50000 cases occur every year. While most infections are subclinical, the disease has high fatality rate around 25% with considerable incidence of development of meningoencephalitis. The JE virus has a complex life cycle involving domestic pigs and a specific type of mosquito Culex.

It causes abortion in pregnant sows and neonatal death, and rarely, clinical signs of encephalitis in young piglets. JE was previously endemic in Singapore, but after the phasing out of pig farming in 1992, the incidence has gone down. According to the 2000 figures of the Food and Agriculture Organisation of the United Nations, more than 500 million pigs are present in developing Asian nations. They are considered essential for pre-epizootic amplification of JE virus in all the South Asian countries experiencing JE epidemics. Japanese Encephalitis will remain a public health problem in South Asian countries because of high pig population.

In September 1998 around 265 people in Malaysia were known to have died because of infection with a new virus called Nipah Virus named after the village of Sungai Nipah where this virus was first recognised in which 93 percent of human patients had direct contact with pigs.

Symptoms of this virus include fever, headaches dizziness and vomiting. 55 percent patients manifest a reduced level of consciousness and brainstem involvement, while 32 percent patients rapidly deteriorated and died.

This virus usually causes a self limiting illness, but fulminant hepatitis is recognised in high risk groups such as pregnant women. There have been few cases in UK with no foreign travel history from whom hepatitis E with a sequence very close to the European pig strain have been characterised. In other countries serosurvey shows higher prevalence of infection with hepatitis E virus in veterinarians and pig farmers than controls. There is no proof to support person to person transmission .

Influenza-A viruses have infected a variety of animals, including ducks, chickens, pigs, whales, horses and seals. However, certain subtypes of Influenza-A virus are specific to certain species. H1N1 and H3N2 subtypes have caused outbreaks in pigs. Influenza -A viruses normally seen in one species may cross over and cause illness in other species.

Only H1N1 viruses circulated widely in US pig population until 1998, However H3N2 viruses from humans were introduced into the pig population and caused widespread disease among pigs. Pigs are considered as the intermediate hosts for influenza pandemics by re-assortment of genes from avian and human influenza virus strains.

Influenza generally appears with the introduction of infected pig into a herd or through movement or mixing of infected pigs with susceptible animals. Transmission from humans to pigs occur occasionally, but only rarely from avian species. Once a herd is infected with specific virus irrespective of its origin, the virus persists through the production of young susceptible pigs and the introduction of new stock often leading to the herd becoming infected endemically. Once the influenza mutates to infect pigs, it is very much closer to a form that can infect humans. Many influenza strains are born where poultry  pigs and people live in close contact.

Bird flu had infected pigs in several farms on the main islands of Java in Indonesia, raising fear of a wider outbreak in the world’s fourth most populous country and Southeast Asia’s biggest economy. Population likely to be susceptible to new infectious diseases have also increased in size.

Stray pigs in most parts of Asia are considered scavengers and bread earners for poor socio-economic class of people, on the other hand they are also hubs for cultivating viruses and pathogens freely. Due to the natural habits of stray pigs, there hiding and breeding places are not only dirty and ugly but have become safe dwellings for pathogens .These pigs are  themselves resistant to most of the infections but become carrier and pose a threat to the society living besides them

It is high time when scientific community should ponder over the factors that favour the spread of infections. The problem of stray animals has been considered traditionally a direct nuisance such as dog bites, traffic disturbances etc. Now public health aspect demands priority and system needs to be disciplined.