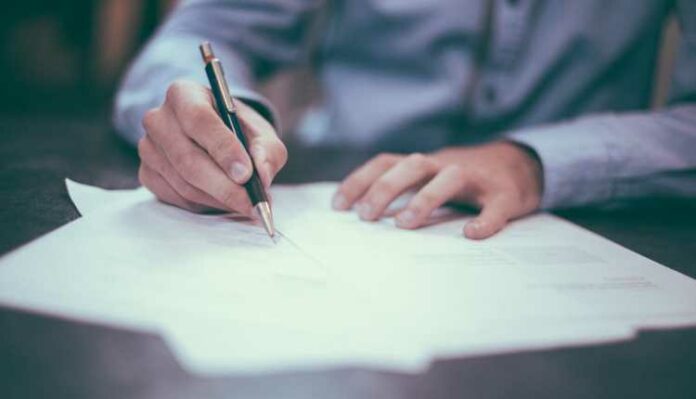 Handwriting plays a critical role in the life of an individual. It is what the person learns and understands and gives it a form of writing by hand to learn and retain. It’s rightly said that handwriting portrays individual traits and personality. It also reveals a person’s characteristics being shy or confident, bold or aggressive. It’s important to have deep insight into the study of handwriting which is called graphology.

This act of putting words in sequence and meaning with proper formations and hand movements followed by holding pen and pencil with the fine pincer grip is the exact definition of handwriting. Followed by the practice of using pen or pencil, handwriting is the particular style of writing. The writing done can be in the form of cursive styles, calligraphy, etc.

As each individual is different from other similar handwriting or writing styles of two, every person is different from one or the other. This is applicable for twins also born at the same time and date. This difference in writing style is called the uniqueness in writing. The way of writing shapes, style, and method is different. This is the main reason why some write in small and neat textures, and others have bold or sharp ways of handling the letters and words. Handwriting has a uniqueness that varies from the characteristics like the thickness of letters, sharpness or shaping of the letters, and words’ formation.

Handwriting defines the writing style of an individual. It is not only associated with penning down letters and words on a sheet of paper, but it comes with many aspects and characteristics related to individual and class-

Handwriting varies from person to person, and so is the style of handling pen/pencil. Every person has a different conception of choosing fonts and styles, bold or small accordingly. The perfect example of good handwriting is the fluidity and efficiency of penning down fatigue-free writing that should neither be time taking nor slow but quick and even. The rhythm and flow of writing should be such that it should adhere to proper writing characteristics. There should be proper space and fine line quality with spacing and beginning and ending strokes. The more clear and visible it is, the more it talks about the personality of the writer.

Graphology: An Art To Know The Writer

The process of analyzing an individual’s characteristics and the intention at the time of writing is graphology. The study helps in knowing an individual’s psychological state while writing. As mentioned earlier, a person’s handwriting can speak many things about them. Graphology works on the principle that every individual is different, and so is their way of writing. Simultaneously every different writing style has characteristics of its own. It also gives a realistic image of an individual’s life, what is happening, and the problems they face in life. It is neither based on caste, creed, sex, or colour. It varies from personality, characteristics to the behaviour of the person. Thus giving an outlining of the person without their being physically present.

Graphology is known as an art because it works on the principle of accuracy and proper formation. It also studies movement, formation, and spacing as a major tool to judge an individual’s characteristics traits. This is also called the science of writing that defines not only human behaviour but also personality traits.

What does Handwriting say about your Personality?

From small handwriting to large handwriting, average-sized handwriting to bold handwriting, various possible characteristic traits are associated with it. On the one hand, average-sized handwriting expresses the concentration and focussed nature of a person. At the same time, small writing signifies the shy and introverted nature of an individual. On the other hand, spacing between letters and words while writing also signifies that one who keeps larger spaces between the letters tends to have an independent and free attitude as compared to those who write squeezy words in a line.

Handwriting has various connotations like crossing “i’s” and “t’s”. These crossings, according to experts, say the enthusiasm and imaginative mind of an individual. Whereas a short cross implies laziness. According to experts, there are possibly 5000 personality traits that are linked to the way one writes.

Messy handwriting signifies the person is highly intelligent, and there is a lack of coordination between hands and brain. In simplified terms, the pen/pencil cannot cope with the brain all together at a time. Also, creative handwriting, on the other hand, denotes high imagination and exceptional behaviour of a person.

Use of A’s and O’s as communication letters in graphology. They are important vowels that are used on and on in the word-formation. Those who write a and o in open are poor secret keepers.

Baselines and their deviations can also judge human personality. Those who deviate upwards have an optimistic attitude, whereas downward deviation from the baseline shows the pessimistic attitude and mood.

Loops in writing letters like Y, G, and J. Bigger the loop in writing more is the person said to be creative and imaginative. As these letters move through the lower zone associated with an action.

Page margins while writing denotes that those who leave the right-hand margin while writing has an unknown fear about their future. Those who leave the left-hand margin are more inclined to their past and may have a difficult past. On the other hand, few people don’t leave any margin and tend to write on the whole page are hyperactive, and their mind is constantly running and is not relaxed.

Signatures used by every person vary as they are unique, and no one can imitate others. Those who have clean and straight signatures are more confident and legible. Whereas those who have difficult and hard signatures are private and not legible. They are even not easy to understand or read.

Handwriting does not only tells about the personality of a person but also his overall health. For instance, the handwriting can predict the following illnesses of a person:

How to improve your handwriting?

It’s rightly said that good handwriting defines a person’s attitude and behaviour. Simultaneously it reflects an individual’s thinking capacity and style. Handwriting is not only limited to writing in style, but it’s an Aura.

Following are the ways to improve handwriting-

Good handwriting not only boosts confidence but also helps in identifying conscious and subconscious traits of our personality. It is the form of expression which makes an individual a complete man. It is the reflection of one’s personality and a reflection of an individual’s mind and soul. It also helps in thinking and is thus associated with the psychological state of mind. For those who suffer failures in writing, practice and practice is the only key to their success. Every person has a range of handwriting variations. Good handwriting always attracts the readers. Beautiful and bold is the writing; there will be the development of more and more interest in reading.

Handwriting helps the activation of the brain and the flow of imagination. With proper writing set up, one can gain high self-esteem and earn good grades in assessment. Handwriting develops creative writers. Their handwriting indeed judges an individual as it communicates your inner thoughts as well. And thus acts as the key to success.