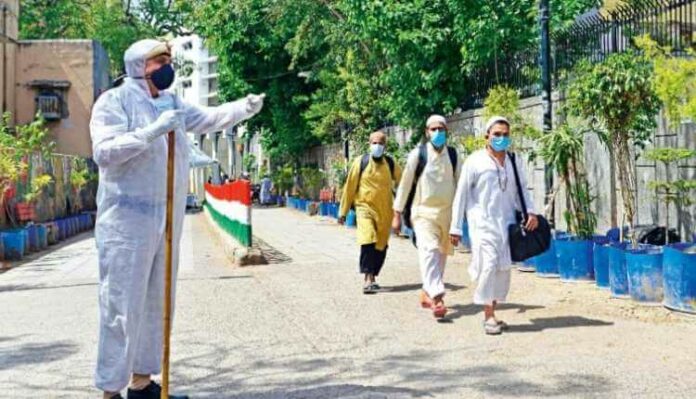 In 2020, the biggest pandemic Coronavirus (COVID-19) knocked the doors in India. The first case of Coronavirus was confirmed on 30th January 2020, and by the time of the march, its spreading rate was increasing gradually. Now, when it comes to the Delhi region, the first case of COVID-19 confirmed positive on 2nd March 2020. On 12th March 2020, the Delhi government declared COVID-19 as a pandemic. In a small time frame, both the Delhi government and the Central Government took many actions in order to save lives.

Despite these restrictions, an Islamic organization Tablighi Jamaat of Nizamuddin Markaz did everything against the law and humanity in order to spread this dangerous virus in India. This incident happened because of one and only Maulana Saad and his blind followers. 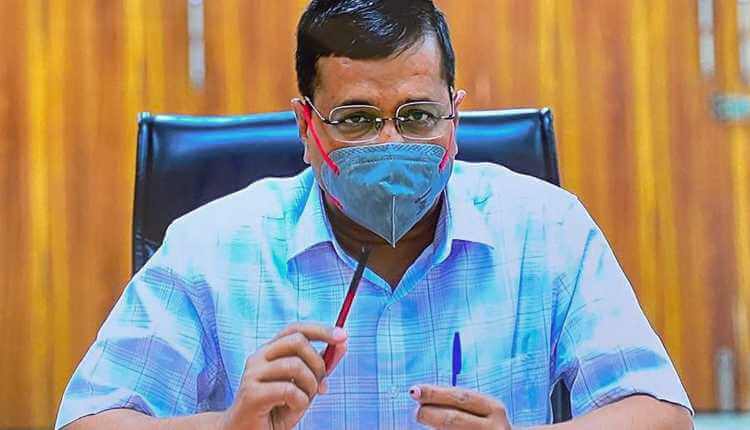 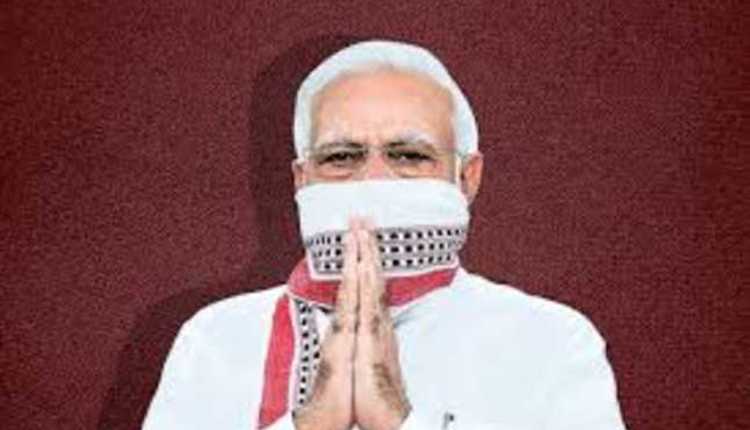 Parallel to Delhi government, the Central government announced a public curfew of 14 hours on 22nd March 2020. In public (Janta) Curfew, prime minister of India, Shri Narendra Modi asked us to cheer Corona warriors which included doctors, police officers, and mass media by beating plates and clapping. Further, on 24th March 2020, our prime minister Shri Narendra Modi announced a total lockdown of 21 in the whole country. This lockdown demanded 130 crores of Indians to stay at home to safeguard their lives from COVID-19. 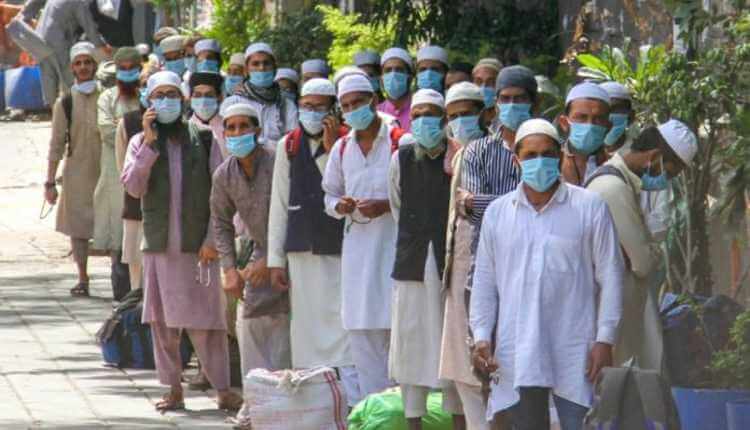 The whole scenario of lockdown and restrictions imposed by the government (Central and Delhi) explains the strictness and seriousness of both central and Delhi government over the COVID-19 issue. After all the restrictions previously implemented, Tablighi Jamaat which is an Islamic organization didn’t follow a single guideline of Delhi government which were implemented from 12th March and the Central government which were implemented from 22nd March. When Tablighi Jamaat of Nizamuddin Markaz was exposed, they started to defend themselves by criticizing both governments (Delhi and central). Even they knew that the government was consistently restricting religious mass gathering, Tablighi jamaat gathered thousands of its members, including foreigners from various countries having a danger of COVID-19. Further, the blind followers of Tablighi Jamaat travelled across India and spread Coronavirus in many states of India.

After all these incidents, media exposed the Tablighi Jamaat of Nizamuddin Markaz by releasing audio of Maulana Saad who provoked his followers to boycott all the government guidelines and pray in Masjids. Later, an FIR was filed against him. But the damage caused by this Maulana is incurable. Moreover, this Tablighi Jamaat spread Coronavirus all over India by travelling to different states of India. Every day a new case comes to our knowledge linked to this Tablighi jamaat regarding the misbehaviour with Corona warriors, stone pelting or any other shameful act. Around 30 per cent of total cases of Coronavirus in India is the result of this Islamic organization Tablighi Jamaat.

Note: As in present condition, COVID-19 cases are increasing day by day. So in current scenario percentage contribution of Tablighi Jamaat seems to be decreasing but that doesn’t reduce their sin, and their initial contribution acted like a fuel to increase the rate of spread of COVID-19 or novel Coronavirus cases in India. Tablighi Jamaat is the main factor of failure of Lockdown 1.0 of 21 days from 24th March 2020 to 14th April 2020.

Here is a list of all possibilities which are assumed not to have happened if Tablighi Jamaat case didn’t come into existence.

1. No Contribution of 30 per cent cases of total COVID-19 cases in India 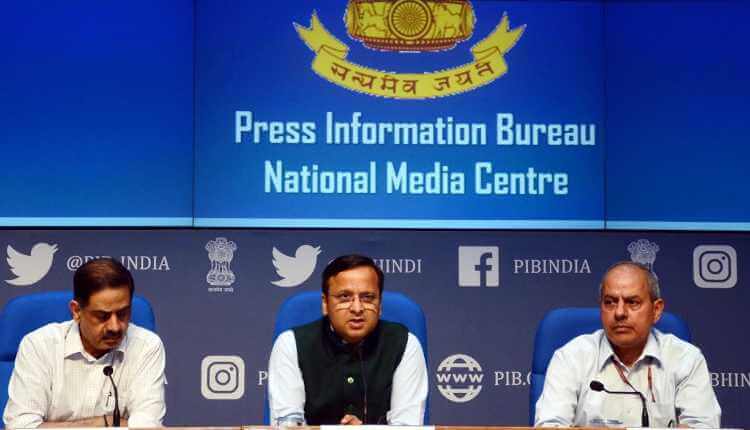 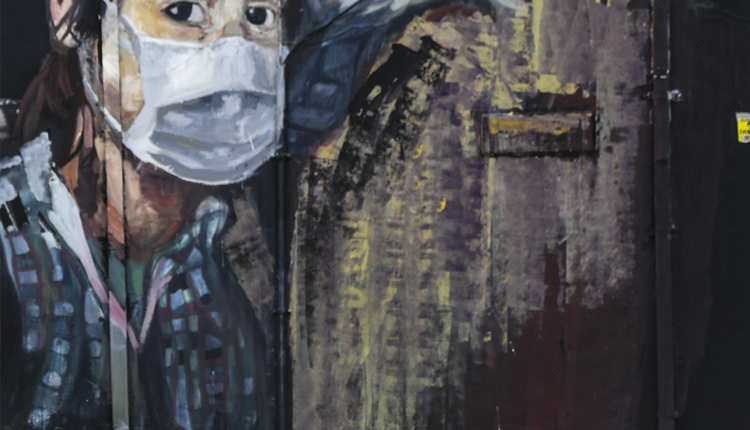 Lockdown 1.0 which was announced by Central government from 24th March 2020 to 14th April 2020. At that time when the lockdown was at its initial stage, total positive cases of COVID-19 were around 500. Tablighi Jamaat of Nizamuddin Markaz gave a boost to this number. The main purpose of Lockdown 1.0 was to stop the COVID-19 at initial stage or second stage so that India can avoid community spread of Coronavirus. Still, the condition is not that much critical currently. Nevertheless, we know that there is a weak layer between the second stage and community spread when we observe the graph of coronavirus cases Vs a number of days in India of May month.

3. No violation of visa norms 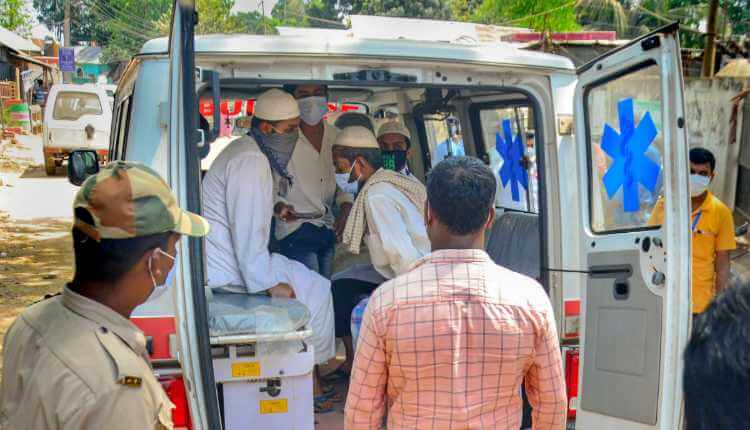 We are aware of the fact that Tablighi Jamaat is an International Islamic organization and headquarters of Tablighi Jamaat in India is Nizamuddin Markaz, Delhi. So, it is very common that the followers of Tablighi Jamaat living outside India had movement every year in this headquarter. But when this incident came into limelight, a fact came into our knowledge that some of the preachers or foreigners came to India with a simple tourist visa instead of a missionary visa. The count of these foreigners was 950 plus in numbers. For visa violation norms MHA cancelled visas of 960 foreigners in starting of April and put them in the blacklist. This exposed the blackface and hidden agenda of Tablighi Jamaat of Nizamuddin Markaz.

The main question is that “Why did the members of Tablighi Jamaat from different countries of the world come to India with tourist visa instead of missionary visa?” This question is still debatable, and the government of India should allow NIA or CBI to investigate this issue in order to clarify this doubt.

4. Unaware of the reality of Maulana Saad 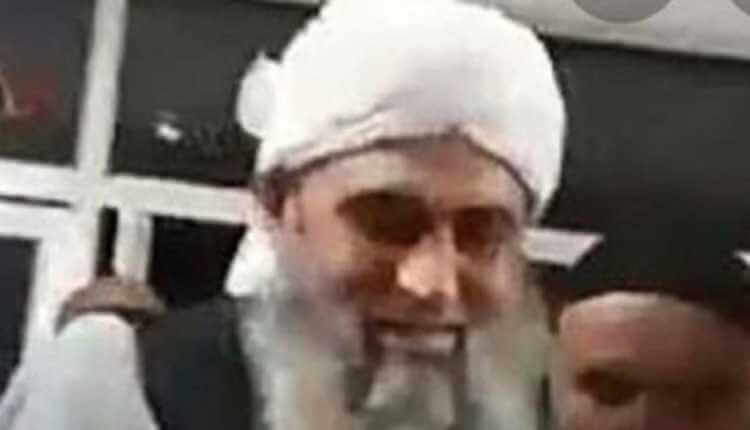 Maulana Saad is known as the mastermind of this incident. Initially, he was considered as a normal Maulana of Nizamuddin Markaz, and his followers and media panellist were consistently defending him regarding this incident. He was called an innocent guy who was unaware of the impact of Coronavirus and all implemented guidelines of Central government and Delhi government during the program held in Markaz in March. The whole scenario turned against him when audio of Maulana Saad was either leaked or released by the press in which he was trying to provoke his followers and preachers living in Markaz. He said, “It is a baseless thought that coronavirus can be the reason for Tablighi Jamaat to stop prayers in Masjid and if death is near them, then Masjid is the best place to die.” 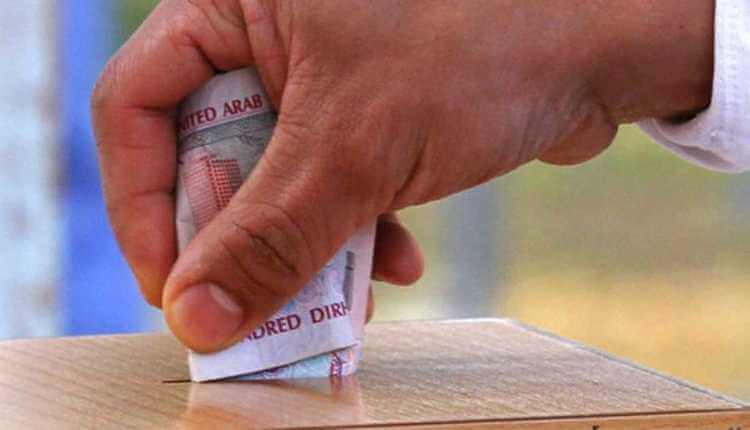 Tablighi Jamaat raised funds from various international and domestic accounts. When ED, IT department and Delhi police investigated about the finance of this organization, it was found that millions of rupees were transferred into their account in March month only and the strange thing was that money was transferred to several accounts within 24 hours. This activity was done to hide or protect the source of funding. However, a money laundering case was filed against the head of Nizamuddin Markaz Maulana Saad and investigation is going on against him and Tablighi Jamaat. Delhi police also investigated that Markaz Nizamuddin was distributing money in the name of travel and other expenses to its thousands of followers who visit this headquarter yearly. This investigation raises some questions against Tablighi Jamaat that how they managed to raise millions of rupees as a fund from abroad and what is happening inside this headquarter from so many years. If this funding is not illegal or anti-national, then where Tablighi Jamaat was using the millions of rupees from so many years. 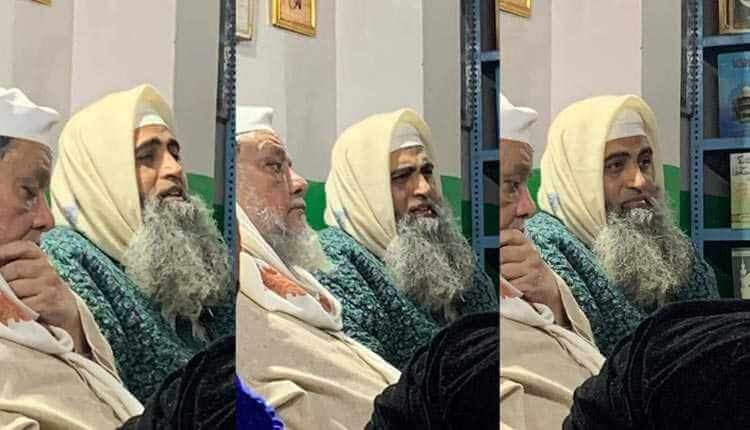 Maulana Saad released audio after a few days he was exposed by media. In this audio, he instructed his followers or Tablighi jamaat to fully cooperate with authorities and follow strictly the guidelines given by the government of India. He told that Tablighi jamaat should stay isolated and pray from their home instead of going to Masjid. This audio proves that Maulana Saad is a double standard person. In the previous audio, he provoked Tablighi Jamaat that government was trying to stop Muslims from praying in Masjid. In contrast, in other audio, he instructed them to pray from their homes and fully cooperate with the government.

7. No attack on our Corona warriors 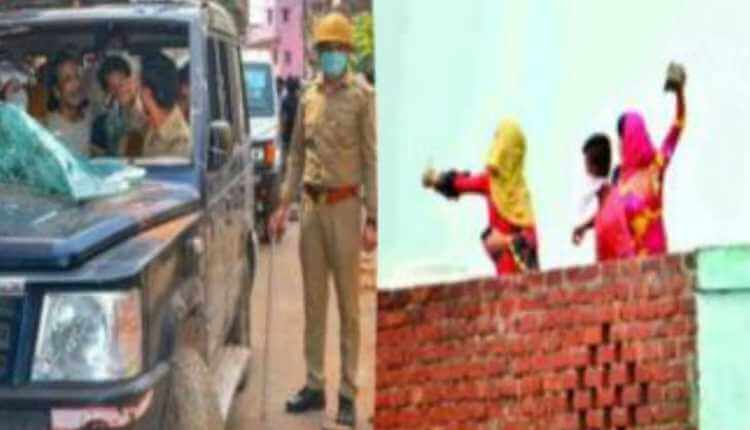 Members of Tablighi Jamaat crossed their limits when they tried to attack our corona warriors (medical professionals, media, and police). They spitted on doctors, nurses and other medical staff in many quarantine centres across India. There were some reports that in quarantine centres of cities like Kanpur and Ghaziabad, the followers of Nizamuddin Markaz misbehaved with nurses and in reaction to this activity, Uttar Pradesh government booked them under National Security Act. CM of Uttar Pradesh, Yogi Adityanath recently introduced an ordinance in which there is a punishment of up to 7 years of Jail or up to 5 lakh rupees penalty for those who attack corona warriors. In a quarantine centre of Delhi, members of Tablighi Jamaat were found throwing bottles filled with urine which is a shameful act. An FIR ( First Information Report) was registered on April 7, 2020, by Delhi police against these members assuming that they were throwing these bottles filled with urine to spread COVID-19 in that quarantine centre. In many cities of India (for example- Meerut, Uttar Pradesh), stones were pelted against corona warriors (Asha workers, doctors, and other medical staffs) in order to hide members of Tablighi Jamaat. Some of the cases were registered in which stone pelters were members of Tablighi Jamaat itself.

8. No harm to our culture of unity in diversity 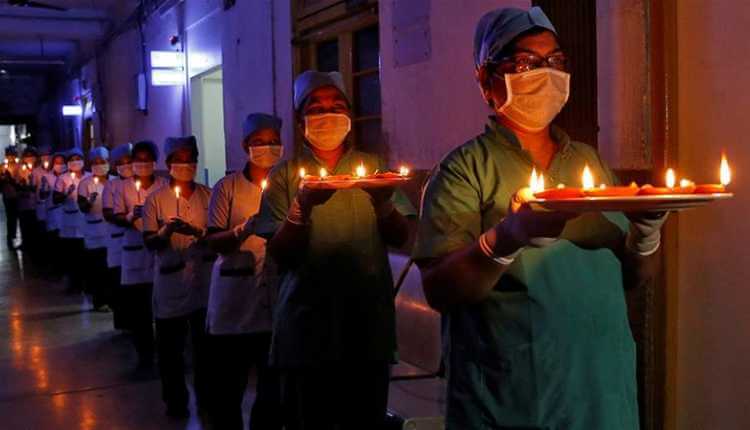 Recently an FIR (First Information Report) was filed against a man who denied to take food delivery from a Muslim delivery boy. We have also heard the news in which vegetable sellers were asked about their religion before buying vegetables. We should understand that India is a secular country, and this act is not only against the constitution but also against humanity. According to Newton’s third law, every action has an equal and opposite reaction. The misbehaviour of Tablighi Jamaat with Corona warriors and this whole Tablighi Jamaat incident is responsible for the amount our Muslim brothers and sisters are paying. Before Tablighi Jamaat case, reporting of these kinds of issues were very less, but after this incident, the number of cases of this type of discrimination is increased rapidly. These activities are against humanity, gives a wrong message to society and are harmful to the unity of Indians in such diversity.

9. Flattening of the curve during Lockdown 1.0 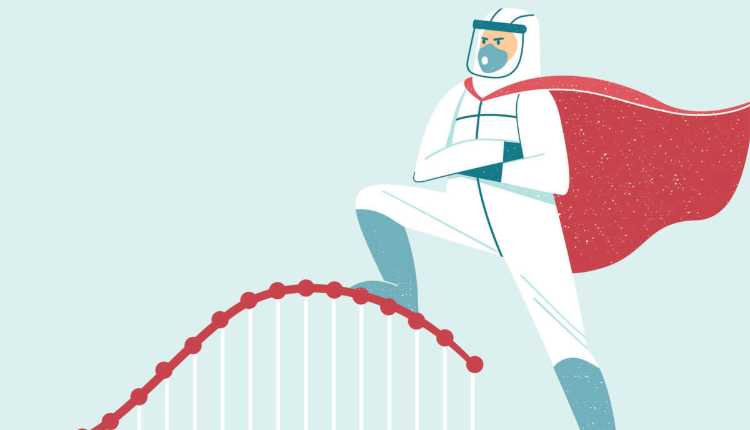 In the initial phase, lockdown 1.0, India was heading towards the flattening of the curve, which can be seen in the graph of COVID-19 cases Vs numbers of days. After the Tablighi Jamaat case, the infection rate increased, which took us away from achieving a flat graph. Now the condition is still critical, but there is a hope that we will be successful in achieving a flat curve. We have crossed one lakh mark of positive cases of COVID-19 now, but the recovery rate of around 40 per cent shows a positive sign that we can achieve a flat curve soon.

If we blame only Tablighi Jamaat for emerging out as super spreader of COVID-19 in India, then we are not correct or judging it too early. Without observing the sequence of events from all sides because there are some other factors also which we should not ignore. For example, the Delhi police station is very near to headquarter of Tablighi Jamaat, i.e. Nizamuddin Markaz, which shows that administration was not that much active at that time. The failure of administration doesn’t give clean chit to Tablighi Jamaat and Maulana Saad because as a citizen of India, it is our duty to cooperate with government and strictly follow all the guidelines given to us. Tablighi Jamaat did all those activities which were required to spread COVID-19 in India.