What made India so susceptible to the Coronavirus Pandemic? 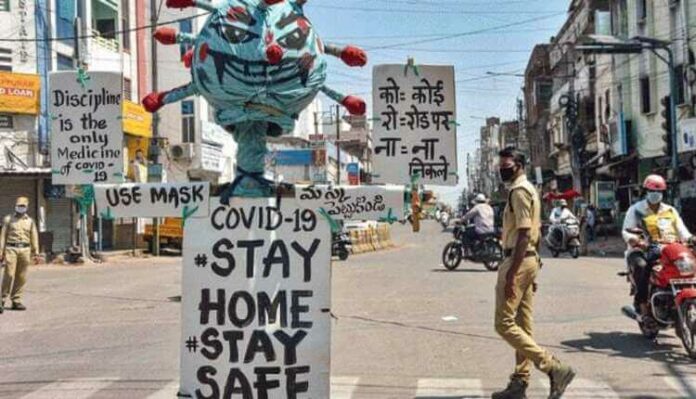 While China was grilling under the weight of another pandemic, way more grave than the one back in the year 2003. Many major countries in the world were still adjusting their vision to emergent rays of this ‘Hulk’ of a crisis that was ready to take the world into a series of shocks. Borders were sealed, checkpoints were installed, and forces had been put down to work to keep a close eye on anyone who showed signs of being inhabited by the likes of the Novel Coronavirus.

How is it that even after taking so many precautions and putting lockdown after lockdown to curb the development of this virus among Indian masses, we have come to a dead-end like a situation where everything seems to go out of hand? And more importantly, why countries like China with a bigger population than that of India made it possible to knock sweet life out of this haunting pandemic?

Let’s address these questions exploring a variety of reasons that made India so susceptible to the worse ever impacts of the Covid-19 pandemic.

1. Size and density of the population

India has 420 people living on each square kilometres, compared with 148 per square kilometre in China. And this is when China has the largest population in the world. Considering the fact that social-distancing is a significant weapon for prevention against this virus with no certain cure, the sheer number and density of people dealing with it become a major problem in avoiding a face to face meetup with someone carrying the disease around on a daily basis.

Big countries like India are at a disadvantage when it comes to seizing the very movement across internal borders, which is a major factor in keeping the Indian economy alive. Closing international borders is not enough because inter-state borders are equally dynamic and very crucial for the supply chain. There has been a rather added pressure on central as well as state governments to lift lockdowns and allow movement across states. Even when it comes to the supply of essentials being manufactured well within the political borders of the country, inter-state movement is a big pre-requisite. Small countries like New Zealand have the upper hand in times like these, and that’s why they have been successful in channelling any kind of human contacts or movements in order to bring down the number of new COVID-19 cases to an almost non-existent one.

India has a high rate of people moving from one state to another, or from their villages to cities to access a better livelihood, education or economic opportunities. According to the 2011 census, 450 million people moved from one area to another in search of opportunity; this makes it even more difficult to hold people within the confines of their houses to reduce contact, especially in times of a pandemic where the centre called upon an emergent lockdown without any warnings. This has led to many people, especially daily wage workers, to take matters in their own hands and walk down the road of danger in order to be reunited with their loved ones.

The country’s healthcare spending was among the lowest in the world — just 3.7% of gross domestic product. This left the country with minimal preparation for fighting a pandemic of this degree. The number of beds, PPE Kits, masks, ventilators, etc. was all outnumbered by the sheer count of patients showing up at the facilities. Although some major private healthcare facilities are top-notch, a country where at least 22% of the population lives below the poverty line, and a major part of the rest constitutes middle-class strata of the society; it’s practically out of the question for such facilities to be affordable to the masses.

The centre had banned exports of PPE kits and masks by the end of January but left the exports of raw materials required to assemble such supplies unchecked until mid of March. The Government had not given any specifications or orders on design, quality or testing required for the production of this equipment by Indian manufacturers until March. This only created chaos among the manufacturing community and led to a loss of around five weeks in production capacity. A number of doctors refused to work in a situation of scarcity, where many had fallen prey to the adversities of this virus. Same was the situation for mechanical ventilators. Most hospitals were short of ventilators, the single most important equipment to fight a major respiratory ailment like COVID-19. And just like that, India is an exporter of ventilators as well, and these exports were not ceased until the 18th of March.

6. Delayed response by the Government

Even though by the end of January the threats of COVID-19 had made themselves emergent calling for quick action, it was not until March 22 that India banned all international travels. By this time, a total of 292,142 cases had been confirmed across more than 150 countries globally. Before the final ban on International travels, none of the passengers who entered India had been checked for anything more than the regular rise in temperature. All of this was in spite of a WHO report released on February 28, which acknowledged the possibility of asymptomatic and presymptomatic transmission (wherein some patients infected by the virus display no symptoms, but can still infect others, and the proportion of such silent carriers can be 30% of all infected cases according to recent research); this was followed by the declaration of a sudden nationwide lockdown by the Government on March 23, which hit migratory workers and those employed in unorganized sectors the most. Many were left jobless, penny less, and even homeless having no means to pay rent or buy supplies.

7. Lack of sufficient testing being translated into Immunity

India had a testing rate of 10.5 tests per million people, which is extremely low in spite of a timely alert. A major reason behind this was the unavailability of a sufficient number of testing kits, as well as a series of loopholes in domestic production of testing kits. Consequently, 123 state-run labs were operating at a capacity of just 36%, while 49 accredited private labs managed to function with an average of eight tests each.

The testing rate was so insignificant that it was not adequate to keep together even a single district. This huge lack in testing was falsely translated into Indians having a naturally ‘high immunity against the virus’. A faulty picture had been painted, which denied the possibility of community transfer of the virus. Repeated lockdowns without backing them up with efficient testing was simply a testament to dodging reality and refusing to maintain transparency, seeding false ideas in the minds of people regarding the seriousness of this pandemic.

In Kerala, a state with a fairly decent healthcare system, contact-tracing was done by ensuring complete lockdown declaring them as a fighter state. But lack of adequate testing led them to see a surge in the number of COVID-19 patients challenging the capacity and capability of medical facilities.

After having visited all these points, let’s take a step back and consider the elephant in the room. India is the biggest democracy in the world with diverse ethnicities. The centre is responsible for giving directions and exercising control, whereas the states have to follow those rules and bring them to form.

If we look at the track record of governance in this country, it’s always seen hard to coordinate the centre with the needs and requirements of the states. This structure sometimes leads to ‘one-size-fits-all’ kind of situation, where the specific needs of the states might be sidelined. This pandemic has proven to be such a situation.

Even though the beginning has been lazy and frictional, many states have been able to catch up in time with the destruction caused by this virus. Lockdowns have been exercised, and police forces have been put to work against the recklessness of people. To match that up, healthcare workers have been doing an exceptional job tirelessly being in the frontline at all possible times. Domestic manufacturing of emergency essentials like PPE kits, masks, testing kits, etc. has also been catching up with an increasing number of patients, barring some exceptions. The number of tests being performed has substantially increased with the help of many private and NGO personnel joining hands with state governments (Mumbai’s Dharavi is a noteworthy example here). Transparency is being ensured to keep a real picture in front of the citizens to spark a sense of responsibility within them. Funds have been released for those who are out of work with no visible opportunities or options in front of them for the time being.

To put down more clearly, it is a phase of trial and error. Mistakes have been made, but the common intention is to root out this virus from the lives of people in whatever ways possible. The centre has been supportive of the state governments providing monetary help in trying to make this fight a little smoother for them. It is a fact that a country as big as China not only fought a battle similar to this one in the past but is also very well equipped to track the very lives of its people, lending it a good hand in contact-tracing and eradicating the virus. In contrast to this, India has no substantial experience when it comes to fighting a crisis of this degree.

So, it’s important on the part of citizens of India to not lose hope on the governance. Everyone has to stand upright in the face of this pandemic until India gains expertise in curing this virus where it becomes just like any other seasonal flu. And if that’s too much to hope for, then the strength must be kept alive until at least that point in time when an effective vaccine is developed to give us Immunity against the severity of COVID-19. Optimism, however hard it be, is the only anchor to take us on the other side of this pandemic, where human contact can once again become the way of life for all. 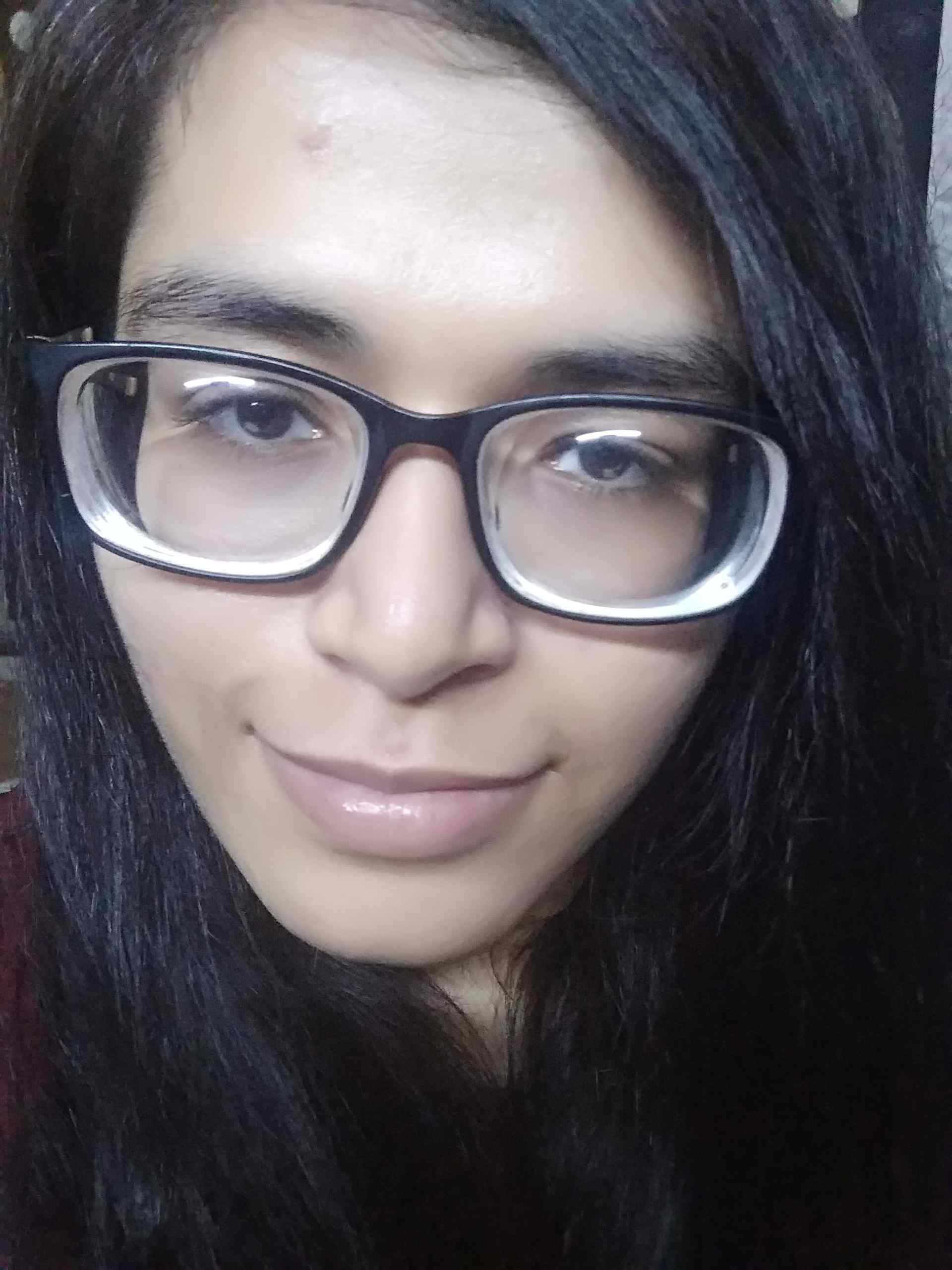 Akshita Vashishth
I sincerely enjoy reading and reflect upon my thoughts by getting them down on paper.