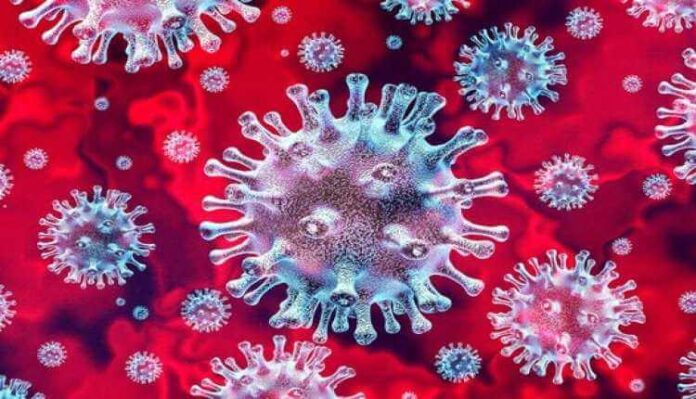 Did you know the world which lies beyond the literary wall is way ahead of our time? Literary Imagination has different powered spectacles which can penetrate surpassing the time in which they lay, literature way advance of its time. They say that there isn’t any boundary drawn before imagination. It can infiltrate time and space and dig out masses that still to bewilder and astonish us with their nearly accurate portrayal of forthcoming events. One often says that Morgan Robertson’s novel “The Wreck of Titan” published in 1898 surprisingly predicted the sinking of The Titanic fourteen years before it actually happened.

Did you have any idea about COVID-19 pandemic in the year 2011 or even ten years back? We all aware that the world may end one day. As the movie ‘2012’ portrays the world, which is soon going to see its ruin by different natural disasters and phenomena. Did we know about the phenomena or pandemic that the globe suffers today? Well, we never knew about it at the beginning of 2019. At the end of 2019, in December, we weren’t aware that it would cause such a devastating effect on us and our lives the very next year. We are exhausted sitting at home jobless, and some even losing their jobs are not experiencing quite a well circumstance. We may often think that if we had an opportunity of knowing it beforehand, we would have prepared for it better.

Nonetheless, literature seemed to anticipate concerning the widespread epidemic that the world sees today, quite ahead of its time. Strangely the human mind has been enigmatic about its danger. Well, then the question lies why didn’t it prepared from beforehand? Why didn’t it take all the precautions it should have taken? Why did ignore its forecasting senses?

After searching and scrolling for some anticipation one can trace out some of the literary products like books, films or even web series which bears a close resemblance with the widespread Coronavirus crisis.

The following are some movies, books, and web-series or mini-series which seemed to have anticipated the consequences or better said pandemic which the world sees and suffers today: 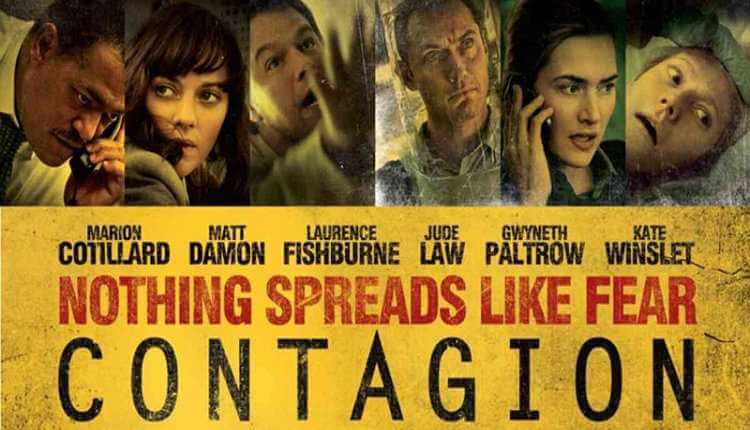 Now as we dwell in this advancing pandemic, many of us may relate and compare this present situation with the 2011 American thriller film “Contagion” which seems to portray a similar situation that the world sees today. One can claim it to be a prediction of the coronavirus disease.

The movie directed by Steven Soderbergh and written by Scott Z. Burns. The film depicts the rapid spread of a virus disseminated by the infected person. When they touch a surface or usually cough, leave behind the virus that others can catch.

Then comes how the health organisations are panic-stricken and have no idea about the virus at the beginning. They frantically endeavour to stop the virus from spreading and Quarantines those who are infected. Under the guidelines of WHO everyone takes precautions. The public health officials made frantic attempts to identify the disease and contain it and the anarchy that involved in the middle of the pandemic. It becomes difficult as the infection spread rapidly. Ultimately vaccine was introduced to break off the spread. Well doesn’t it sound like a narration of the situation we are in the middle of? It is surprising how the movie so precisely depicts the same situation the world is experiencing today.

Burns reinforced the foresight consulting with the World Health Organisation on the peculiarities and traits of the newly spreading infectious disease, and Kate Winslet operating with the U.S. centres for Disease Control and Preservation to recognise the positions and the nature and properties of the epidemiologist imposed with steering the world through the vast catastrophe.

Well, a more shocking scene comes up to us at the ending when the origin of the virus was detected. The final stage of the movie reveals that the mythical “MEV-1” virus developed from a pig which ate a chunk of banana dropped by a contaminated bat decamping from the spoliation of its palm tree forest domain in China. However, the pig was slaughtered and was cooked by a Chinese chef who without washing, shakes his hands with Beth Emhoff transferring the virus to her. She becomes the first identified case. Nonetheless, bats are considered to be the possible provenance for the coronavirus. Laurie Garrett consulted the film as her book “The Coming Plague” written and published in 1994 delineated several pandemics. She described the movie “Contagion” as partial fantasy, partially real, but most surprisingly totally possible. 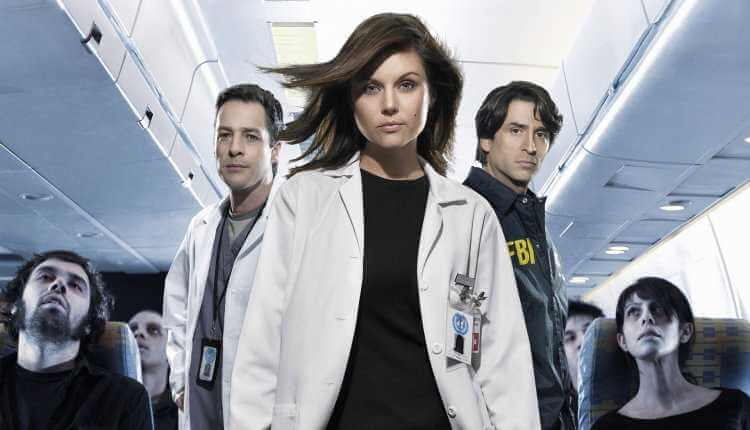 Again while scrolling through the programs one through a 2007 mini-series titled “Pandemic” which also showed quite a similar situation. Let’s see what they interpreted 13 years ago. This disease is transmitted from Australia (not China) on an airline flight to L.A. The inflicted person passes away after coughing up blood on the flight, and that is when the pandemic scare starts. The authorities started managing the people to be put in a quarantine gauged and evaluated for revelation. During their shift to an isolated, remote and preserved place one passenger breaks out for the accomplishment of a business deal and mysteriously, not knowing that the disease was contagious spreads the virus throughout Los Angeles. Though not exactly the same at some phenomena, the movie predicts the upcoming epidemic widespread throughout the globe. At some space, the movie shows the concept “we are all in this together”. 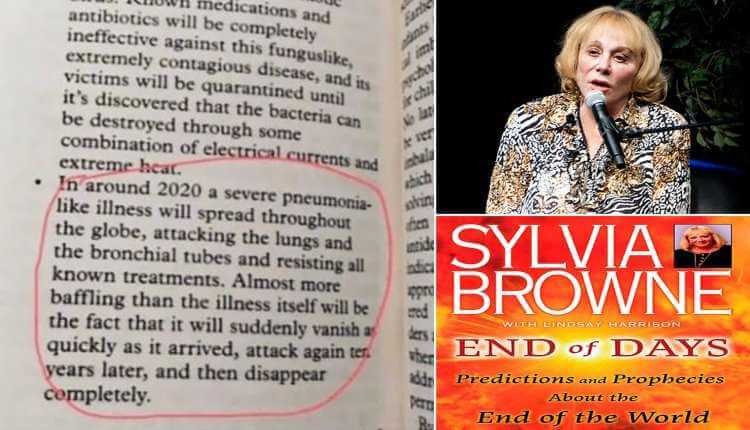 Well similarly, Sylvia Browne’s book literally named “End of Days” which was published in 2008 is again claimed to anticipate the pandemic which the world sees today. Although it might have missed several points, astonishingly it says that in the year 2020 severe phenomena which may be the spread of an illness throughout the globe “attacking the lungs and cartilaginous tubes and resisting all illustrious treatments”. Well, she also included a perplexing fact about the illness. It vanishes suddenly as it has arrived all of a sudden and will again appear suddenly 10 years later mysteriously disappearing again.

If you are creeped out already, await for there is more to come which may terrify you to think again and again, how did literature predict the plot we are in the middle of? 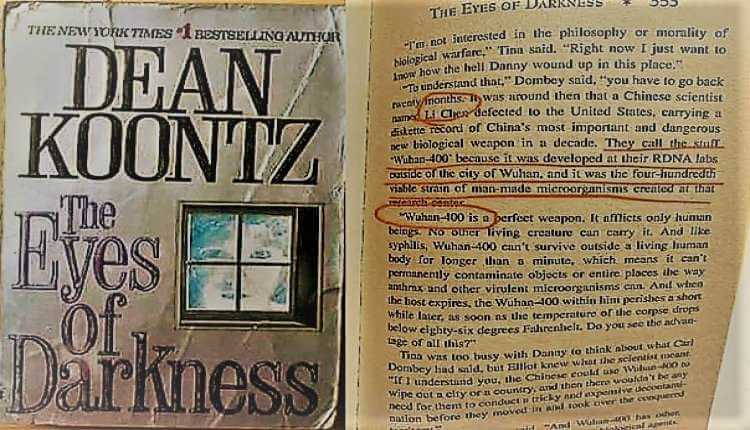 Now several questions may arise to your mind when you read the 1981 crime thriller novel, “The Eyes of the Darkness”, by an author who writes brain-twisting novels full of suspense and thrill Dean Koontz. It is regarding the Wuhan-400 virus, which was fabricated as a bioweapon in a laboratory. Additionally, the virus had the potentiality to exterminate an entire city or country. The aberrant and freakish happenstance spreads a bolt from the blue amounts folks across the globe freaking they as one draws alignments linking the real scenarios with the fiction. Nevertheless, everyone instantly shares an extract from the books which foresees the worldwide pandemic of the COVID-19 almost 40 years ago. 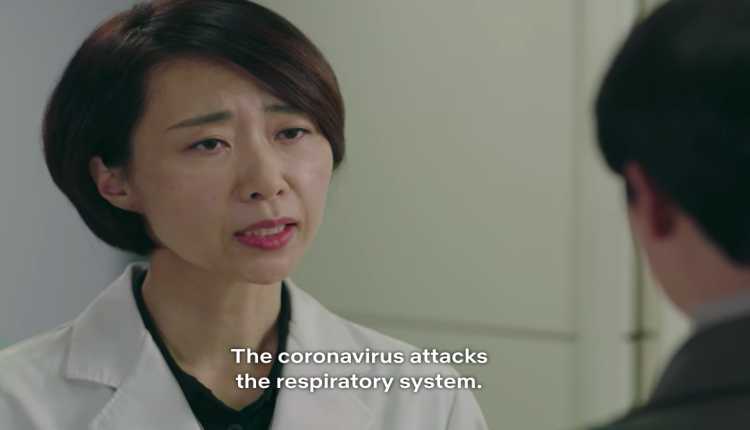 However, not only books or movies as part literature anticipated the virus. The over watched web series in Netflix or Amazon prime made an interpretation too. At the beginning of the spread of the coronavirus, a terrifying episode of the Korean drama or web series released in Netflix was shared saying that the 10th episode of the drama exactly interpreted the COVID-19 pandemic. When the virus becomes a pandemic all over the world affecting millions and killing over thousands and lacs, when everyone was locked down at their homes terrified for the lives, people entertained themselves which movies and mostly web series from Netflix, Amazon prime and so others. Quarantined, people make the best use of time surfing for good entertainments. In the rise of such searching, a web series captured the attention of many. The got fooled of the South Korean drama from 2018 titled “My Secret Terrius”. The show was available in many countries but not in India. 2018! It was so close to a prediction for the devastating phenomena in 2020.

The clip that had gone viral said that the tenth episode of season 1 of the dram shows a man telling his partner why one should not step out of their homes with the scene shifting to the hospital where a doctor is seen to explain the freaking and deviant coronavirus epidemic which attacks the respiratory organs. For more than 53 minutes, the doctor is shown to speak of the coronavirus disease to another character saying “We should do some analysis. However, it is sort of a mutant named Coronavirus”.

The other character, being concerned asks “Corona? Then is it MERS?” “MERS, SARS, the familiar respiratory disease. They all fall in the identical hereditary family with the identical gene information,” the doctor replies “The coronavirus attacks the lungs and the bronchitis system. Throughout the 2015 MERS epidemic, the death rate was over 20 per cent.” The recipient then asks: “But that is not serious enough to be used as a weapon. Am I wrong?” with the doctor replying “Like I aforementioned, this can be a mutant virus. Somebody tweaked it to expand the death rate to 90 per cent.” Several queries were raised after this goes viral. Was this a plot to increase the mortality rate?

Strangely, even two years ago, the human race anticipated the coronavirus, which is killing over thousands today. Animals usually have an ability to sense the upcoming threat on them from beforehand, and it takes necessary precautions to keep themselves safe. Well, humans seem to have the same ability, but they ignore their senses unless and until they come to face it and suffer. Strangely humans become a danger for themselves in different ways either by mishandling nature or butchering its own race or even by being negligent. But the question still remains, will literature be able to predict the more upcoming dangers and will the human race be able to take necessary precautions for it?