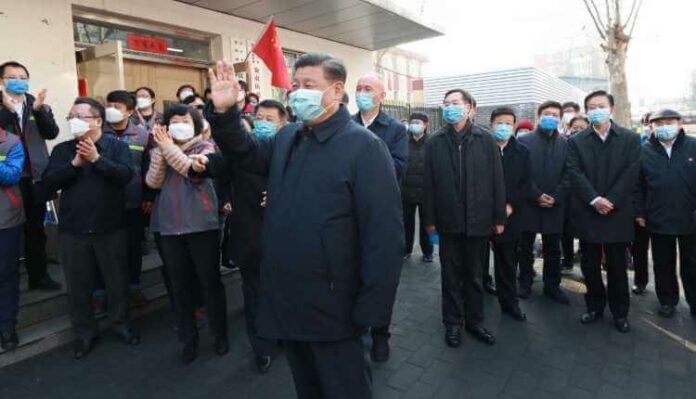 COVID-19 outbreak has brought the whole world at a halt, with a rising death toll and multiplying numbers of people who are infected, the virus spread has had many effects on the society globally. The whole thing started as a small neighbourhood issue, but then after some time, it erupted like a volcano which takes in everything and anything that comes in its way. And slowly it swallowed the whole province of Wuhan which is known to be where the virus originated.

Within days the outbreak spread from the boundaries of Wuhan as people from all over the world hurried to their homelands and this is how the most dreadful pandemic which is known to have taken thousands of lives and affected the whole world. The threat of coronavirus started seeking attention only in March when the number of people who had contracted the virus increased at an alarming speed, and epidemiologists and specialists worldwide tried to figure out ways to control the spread of the virus. Also, read Dos and Don’ts to Safeguard Yourself from Coronavirus Infection.

In India, only the virus has taken a severe form, and as a step to control the spread, a nationwide lockdown has been called. Even though all the economic and other activities have been closed to contain the threat of spread, the numbers are rising at an alarming rate, and this has caused many people to think as to how the virus which originated in a small province in China has come to infect Indian population. There are many questions relating to the origin of the virus as the general knowledge of people says that the virus became active in a seafood market. Now the conspiracy theories about the origin of the virus are only getting more popular day by day as the Chinese government tries to put a smokescreen to cover up the whole outbreak in an attempt to avoid liability and humiliation in the world community.

As internet is the only way to get access to information these days and due to availability of so many platforms feeding us data, it is quite difficult to discern as to what is reliable and what is not. In such case, we rely on universally trusted sources such as big media houses which have a public responsibility to provide us with the correct information or have a reputation to maintain, then come to the government-run platforms to get the information. However, sometimes we believe what is going viral on the internet—now getting viral means that the particular piece of information is being shared with many people like a virus. So one of the most prominent conspiracy theories says that the outbreak of coronavirus is not precisely a natural phenomenon, but a human-made pandemic which was being controlled by Chinese authorities. To add fuel to the fire, the Chinese administration tried to suppress the whole outbreak by shutting out the media and hide whistleblowers, who wanted to warn the public about the pandemic.

Don’t forget to see the 5 Reasons Why Coronavirus Cases in India Have Spread Rapidly.

Earlier the stories of the virus being a bioweapon originated from the fact that when China broke the news about the outbreak to the public, the authorities pinpointed the source of infection towards the seafood market which was near to the Wuhan Institute of Virology, a premier research centre of viruses. This led to the suspicions of the whole pandemic being man-made. The expulsion of certain scientists from a research centre in Canada also raised some questions.

Social media is a powerful tool of communication amongst society nowadays when the internet has become a necessity for human existence. In such times, there are also many problems created due to fake or untrue news being spread clouding the judgment of people. As the pandemic took a more significant form, the rumours of the virus being a bioweapon took a more potent form. There are undoubtedly other factors playing a vital role in fuelling the fire. The story of a novel mentioning Wuhan- 400 a virus which had its epicentre in Wuhan city, the resemblance in the story is striking as the source of the current pandemic is in Wuhan province of China.

Another, rumour which is evidence enough to prove the conspiracy. Though where an American singer is reportedly blaming the Chinese technology for the cause of the pandemic. She linked to the 5G technology developed by China, which was launched in November 2019, exactly a month before the outbreak was reported. But according to the reports, it is being stated that the first patient of the deadly disease might have contracted the virus in November.

These conspiracy theories provide enough evidence to create a dominant theory of the virus being a bioweapon. However, the scientists have denied any theory telling that the virus is human-made. The specialists have examined the internal structure of the virus carefully and compared it with the other viruses of the kind to understand and analyse the basic structure of the virus thoroughly. SARS- COV-2 is the virus which is the cause of the pandemic of 2019-20 new addition to the family of coronaviruses, causing epidemics in the past. The specialists have declared that the virus is not a laboratory-made after analysing its built. They declared that the virus could not be lab-made or a purposefully manipulated virus.

The conspiracy theories have been refuted scientifically and however insignificant their impact was, this social media buzz triggered racist approach towards against China and Asian countries. Such racist behaviour was shown primarily in the US. Still, later the reports suggest that racism is also evident in the Indian subcontinent where a woman hailing from the NorthEast part of the country was harassed publicly in Delhi. Later many more incidents as such were reported by an NGO where the same kind of harassment had taken place against people belonging to the North-Eastern part of the country. In some parts of the world, the virus was named as COVID-19. The foreign minister of China requested his Indian counterpart to fight against such racism.