Why Kaun Banega Crorepati is still so popular even after 19 years? 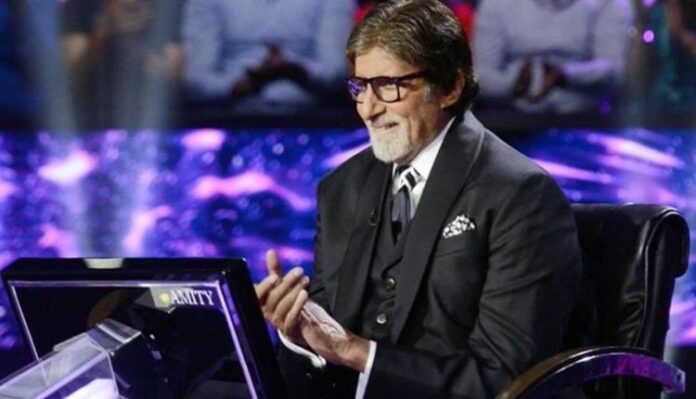 No doubt Kaun Banega Crorepati (KBC) is India’s most successful and most popular quiz show. It’s inspired on the TV programmed “who wants to be a millionaire”; which was the British quiz show. Who wants to be a millionaire was started in more than 30 countries under the franchise agreement. And the contract is with London based Celador productions which produced the first version of British. The game show Kaun Banega Crorepati (KBC) has started in the year 2000.  The host of the KBC is India’s biggest superstar, Shri Amitabh Bachchan, and he is one of the important factors which contributed to KBC’s success. In 2000 there was an era of Sas Bahu daily soaps. So, the new experiment of the quiz show was quite attractive, which was programmed by Sameer Nair and the team from 2000 to 2007 on Star Plus, and the show quickly became the biggest hit.

After that, it has been airing on Sony TV by Big Synergy from season 4 to the present. Previously, this kind of craze was only has been seen amongst the Indian audience for the Ramayana and Mahabharta. Older people often say that there was a time when these serials telecasted everyone used to leave their work and arrange their selves in front of the TVs. It was the time whenever houses do not has a television set, and most of the people would come together to neighbours’ place. Hereafter, the same craze among Indian television viewer has been seen for the KBC. It succeeded to attract every generation who enjoys it be kids or the senior citizen everyone went crazy for this show at that time and used to wait for 9 pm daily.

Even after the ages, KBC is the most significant success in the field of reality-shows and if we talk about the contribution to this industry and success behind the KBC the most important and very first factor would be its host. It was almost a neck-to-neck competition among the broadcasters as when the KBC has started on Start Plus its TRP has practically reached the new milestones, and almost every broadcaster was worried about their TRP and the reason they too came with different quiz based shows with different or similar ideas. Zee TV came up with its show named “Saval Dus Crore Ka” with the host Anupam Kher and Sony TV with “Jito Chappar Phad Ke” with Govinda, but none of the shows became successful although the price money was several times bigger as compared to the KBC.

KBC signed a bond with Celador for the five years and after the massive success of season one and two; they stared Shah Rukh Khan as the host of next season. Season three aired in 2007 with Shah rukh as the host for the two crores. In previous season SRK played a hot sit with Bachchanji, and in the third one, he was the host. But at that time TRP figure was much lower than the previous one, it stated that SRK was way behind the AB senior in KBC. As per the Times of India, TRP did not make the desired impact on the audience. ABs have set such a high standard that its almost impossible to replace him on host seat. Amitabh Bachchan and Kaun Banega Crorepati are inseparable. Besides that, ABs always has that capacity to connect with the audience. The way he interacts with the contestants makes them comfortable at the set. And he always respects every person no matter how much the contestant is younger.

Moving to the next factor, the prize money. Though there is maximum prize one crore or more than; those organisers always set the initial questions very easy for the contestant to win at least a minimum amount of prize money. To help with the difficult questions, there are few lifelines. Previously they were three, but with an increase in the prize money since a few seasons there were four lifelines. But the 50-50 and audience poll have always been there.

The whole KBC set and Amitabhji always make an effort for contestants to feel them comfortable. Since the last few seasons, they stared to filmizing the short documentary on each contestant. It includes their basic introduction of life, interest, family background, and struggles. It makes them feel like a celebrity; in that particular moment, every audience on/offset they are focusing on that single person’s life. For an ordinary middle-class person, it is a huge thing. In the internet era, everything is also available on the online market so one can relive the moment. KBC not only gives attention to participants but also the friends or relatives who come along with them. ABs always tries to communicate with them to know them better.

One more significant contributing factor is on every big festival or occasion organisers invites special guests and celebrities. They play on the hot seat and charity all the prize money. Sometimes the special guests are not always familiar figure but some unknown faces that make a huge difference in someone’s lives by creating extraordinary efforts. They share their knowledge and views. KBC gives them an excellent platform to encourage others. There was a big hit movie in 2009 3 idiots. Everyone knows that is based on the novel five point someone which was written by Chetan Bhagat, but the Sonam Wangchuk inspired the character of Rancho. The legend appeared on KBC in season 10 and shredded his knowledge before that merely few people knew him.

The organisers always try the new experiment for the audience who are enjoying the show on TV. They introduced ‘Ghar beth jito jackpot’ and ‘play along’ KBC. With this medium, even the audience can win generous prizes.

What else a spectator needs from a good, high rated quiz show! The legendary star as a host that is too more in person, good prize money, easy process to reach a hot seat, attractive set and background music, the phrases which became famous through the show like ‘lock Kar Diya jay’ and ‘compuetrji’ along with lots of knowledge and entertainment for straight 90 minutes. Overall these contributing factors lead to Kaun Banega crorepati a massive success in its entire journey of nineteen years.