Why young people nowadays are more inclined towards UPSC 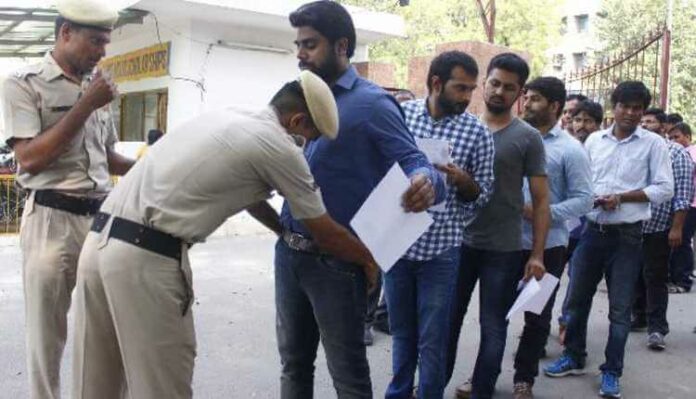 UPSC CSE, one of the toughest exams in India also considered a dream of many college graduates and working professionals. And it is good to have this kind of dream because after all it is a very noble profession and also works for society’s welfare.

One of the major reasons behind this is social status, power and social media influence. Many youngsters choose their aim through external influence they only see the fame and charm of this job without understanding the actual responsibilities of the officer.

But if someone has a vision that what changes he can bring into society and is ready for the hard work and sacrifice go for it.

After Cornwallis, Wellesley joined as Governor General of India in 1800. In 1853 Charter Act came out in this act mentioned that recruitment is to be through an open competition.

Who is an IAS Officer?

IAS officer works in the executive branch as a permanent bureaucracy. They have been given numerous privileges and power. Sometimes they are also the head of policy formulation. Finance, agriculture etc. IAS officer is responsible for law and order in his / her area. In the beginning, an IAS officer joins the state administration at the sub-divisional level or as a sub-divisional magistrate.

Basic salary – Rs 50 – 57 thousand per month, according to the 7th pay commission and the topmost position can earn up to 2.5 lakh/month.

They have also given various allowances including travel allowance, and dearness allowance.

As we know IAS is a government job and a government job is regarded as a higher degree of security. People also join civil services to do noble deeds like serving the nation. Civil Service is the perfect euphony of social and fame that only a few careers can provide. This career option also gives job satisfaction, and diversity of work apart from this great power and prestige. In this job, one can get Government accommodation with many subsidy facilities.

After getting into the civil services you get National Recognition. No other job can offer that amount of power, perks, status and privileges. One can get a chance of studying in foreign countries. But besides all of these, it’s an amazing job where one can work for people and bring a necessary change in society. A civil servant is respected and praised by the entire nation.

No doubt it’s a very fascinating job. Many people left their jobs or didn’t apply for any job after completing their graduation to pursue their dream but the harsh reality is that success in this exam is very low they prepare for many years and end up earning up to 10 – 15 thousand per month. Some people also get depressed which will affect their mental health and they start losing their confidence and doubting themselves.

But one should not get depressed about not getting selected for the exam because knowledge does not get wasted it will be useful somewhere. Knowledge has its own worth. One with knowledge will get wisdom and respect in every society. And if you have a clear mindset that why you want to join the civil services then it’s not the issue.

So, the youth who are motivated to do something good for their society or country’s development can definitely join the civil services. Getting influenced by the people who actually cracked it will not help to clear the exam this is a short-term motivation which will diminish at some time one should a clear vision that why he/she wants to do it and if you are able to find that reason then it is not tough to crack the exam.