10 Fiction on Indian Classic Heroes that Book Lovers must Love 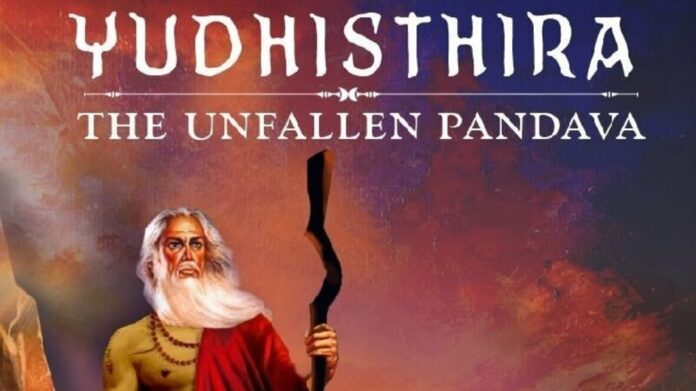 The Indian Classics are all time favorite among the readers of various age group. All children in the Indian family have grown up listening to the wonderful classics stories written in the ancient times. Most of the classic tales are narrated by our elders especially our great grand parents. The classics are always close to our heart and  we pass it to our next generation.

The Indian classics  creates a world of fantasy in a imaginary world and often creates the image of our favorite superhero in our mind. The recreation of our classical hero by the contemporary writers provide readers with joy and new approach to the story.

Being an avid reader and a lover of History and Mythology, I recently came across a series of  fiction based on our ancient classic mythological heroes. The stories are retold in a beautiful way that takes you traveling through the entire journey of the life of the heroes. I here list five of the classic fiction which I think that every book reader will love and surely put them in their bucket list.

Everyone is aware of Yudhisthira of Mahabharata, the eldest of Pancha Pandava, Son of King Pandu and Queen Kunti of Hastinapur. He is also known for his humble nature among his other Pandava Brothers.This latest book on Yudhisthira can be describe as a literary gem as the story is unfold through the eyes of Yudhisthira. This book is a perfect combination of ancient classics with modern outlook. For Mythological fiction lover this book is much recommended. The best part of this book is its storytelling.

Another book which mythology lover will definitely like is written on the another character of Mahabharata named Pradyumna, who all know Pradyumna as the son of Krishna and Rukmini, the book is based on the life of Pradyumna, the combination of classics and fiction and very well written.Once you read the book you can easily imagine the life of the people on that era.

3. Bharat: The Man Who Built a Nation by Vineet Aggarwal

Another work on Mythological and historical fiction depicts the story of King Bharata, from whom the modern name of India or Bharatvarsha had been derived. This book is very well written about the central character of the story Bharata, the son of Sakuntala and Dushyant, the fearless child. Not only the mythology lover but this book can be liked by book lovers of other genre.

We all have heard of last or final Avatar of Lord Vishnu of Indian Mythology; Kalki, who is yet to come to world for justice, but his name and stories are quite popular in classic literature. This book is another gem in the mythology fiction genre, written by a very young author and story is depicted in a wonderful way that anyone who just started to read the book can never keep it away until it finishes. This literary work involves author imaginary work on the life of Kalki.

5. Palace of Assassins: The Rise of Ashwatthama by Aditya Iyengar

Ashwatthama is the son of Guru Dronacharya in Mahabharata. Ashwatthama is another popular character in Mahabharata who are on the Kaurava side on the Kurukshetra war. In the book ‘Palace of Assassins’ Ashwatthama, the only survivor of Kaurava camps, was set out to take revenge against the Pandavas. The book is very well written and is capable to form a visual imagination of scenes in our mind.

6. Seal of Saurya: The legend of Ikshvaku by Amtitanshu Pandey

When we heard about Ikshvaku we remembered the the founder of first solar dynasty of Ikshvaku. He is also said to be one of the ten sons of Vaivaswat Manu. In this book we can found the how the Ikshvaku dynasty was formed and the chaotic situation that had prevailed before the formation of the dynasty. Rest is about the Ikshvaku’s journey after the formation of the kingdom. Another beautifully written book on classic heroes and blend of facts and fiction, which would definitely love by the readers.

7. The Secret of God’s son by Usha Narayanan

This book can be said to the sequel of book listed in 2, as we know it is based on the life the Pradyumna. We all know that Gandhari of the Kaurava clan curse Krishna for the dearth of his clan so in this book Pradyumna is set out to save world, which was in distress condition after the curse. In this book we also found his wife, who provide strong support to her husband.

Another beautifully and well descriptive written book on the life of Kartikeya, the son of Shiva. The book has provided with every details of the Shiva’s family and the condition that prevailed during that time. This is one of the most recent books with a lots of unknown stories from mythologies and hardship of Kartikeya. So, this book can easily be in book worms’ bucket list.

9. Karna: The unsung hero of the Mahabharata by Umesh Kotru

Karna was the most unsung hero of Mahabharata known for his courage and valor. This is another book that have blended fiction with mythology in a well written manner. So in this book can can get a glimpse of the life of Karna and his hardships to life. This book contained already known details stories of Mahabharata along with the lesser known stories related to Karrna.

10. The Legend of Parshu Ram by Dr Vineet Aggarwal

He was said to be the avatar of Vishnu, he was sage yet warrior, so the story is about warrior sage the legend of Parshuram. So, the book is about his life, and the author written it so beautiful that no book lover can afford to miss the book due to it’s detailed description. The book also contains the stories of Chandravanshi emperor Arjun the contender of the story, who is said to killed by Parshurama.