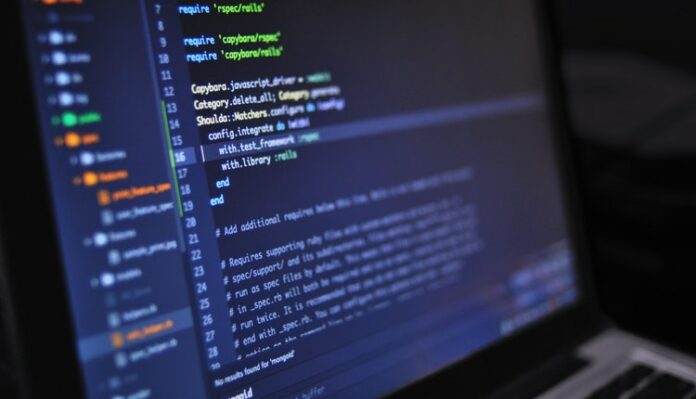 In the mid-1960s, the CLI was the predominant means of contact with most operating systems on computer terminals. It was used on OpenVMS, Unix systems, and personal computer systems such as MS-DOS, CP/M, and Apple DOS throughout the 1970s and 1980s. A command-line shell, a programme that accepts commands as text input and converts them to command, is typically used to implement the interface. As text input, it translates commands into operating system functions.

It’s important to think about the following while making a CLI:

Arguments: that must be used: What are the arguments that are needed for the programme to run? For example, if I’m writing a programme to scrape a webpage, the website’s domain could be a necessary claim.

Documentation: It’s important to spell out the purpose of each choice and point so that a new user can understand how to use your software.

Handle error situations as follows: Let the consumer know what went wrong and where it happened.

Status at this point: If the job does not finish immediately, you can print the current status.

What is a graphical user interface?

Why we prefer python?

1. Python is also referred to as a “glue code” language because of its adaptability and ability to integrate with existing programmes. The majority of Python code is written in the form of scripts and command-line interfaces (CLI).

2. Creating these command-line interfaces and software is incredibly useful because it allows you to automate almost everything. It is interactive into faces; UI and UX matter a lot. We need to add these things to Command Lines, and people have been able to achieve it, and it’s officially used by POpular companies like Heroku.

3. There are tons of Python libraries and modules to help build a command-line app, from parsing arguments and options to flagging to full-blown CLI “frameworks” which do things like colourized, progress bars, sending email and so on.

4. Since we live in an age of beautiful and interactive interfaces, UI and UX are extremely important. People have been able to add this stuff to Command Lines, and it’s now officially used by famous companies like Heroku.

5. There are numerous Python libraries and modules available to assist in developing command-line apps, ranging from parsing arguments and options to flagging to full-fledged CLI “frameworks” which performs tasks such as colourized, progress bars, email sending, and so on.

6. You can make beautiful and interactive command line interfaces like Heroku and Node programmes like Vue-init or NPM-init with these modules. I suggest using Python-inquirer, a Python port of Inquirer’s, to build a beautiful view of CLI quickly.

7. Due to the use of blessings — a python command-line package that imports the _curses and fcntl modules that are only usable on Unix-like systems — Python-inquirer does not operate on Windows.

However, after some serious googling, I came across a python module that I fully fixed and renamed PyInquirer, a replacement for python-inquirer and works on all platforms, including windows.

Also, read Java GUI Program to Find if a number is a palindrome or not.

There are some parameters you’ll need to pass to the script depending on how it’s written, and they can be:

1. Arguments: This is a script parameter that must be transferred. The CLI will throw an error if you don’t have it. For example, in this command, Django is the argument: Install Django with pip.

2. Options: As the name suggests, it’s an optional parameter that typically takes the form of a name and a value pair, like pip instaDjangogo —cache-dir./my-cache-dir. The value./my-cache-dir should be used as the cache directory for the —cache-dir option param.

3. Flags: This is a unique choice parameter that tells the script whether to allow or disable a particular behaviour. Possibly the most popular is–help.

You’ll be able to access several commands that are all grouped under the main entry point with complex CLIs like the Heroku Toolbelt. They are commonly thought of as commands or sub-commands.

The key to success

PySimpleGUI is better for beginners because it already incorporates most of the code that the user will usually write. PySimpleGUI, not the user’s code, handles button callbacks.

Beginners have a hard time grasping the idea of a function, so expecting them to comprehend a call-back function in the first few weeks is unrealistic.

Arranging GUI widgets in most GUIs also necessitates multiple lines of code… Each widget should have at least one or two lines.

PySimpleGUI has an “auto-packer” that builds the interface for you. A GUI window can be laid out without the use of a pack or grid scheme.

Finally, PySimpleGUI makes clever use of Python language constructs to reduce code length and straightforwardly return GUI data get in a form layout; it’s configured right away, not after you’ve written a few lines of code.

Let’s look at the distinctions between GUI and CLI:

2. It uses a small amount of memory- During this time, more memo command-lined.

3. We can achieve high precision with CLI- Low precision is obtained when in it.

6. The appearance of CLI cannot be changed or modified. Its appearance, on the other hand, can be altered.

7. In the CLI, only the command prompt is used to enter data. Input can be entered anywhere on the computer when using the GUI.

10. CLI does not have any graphics.
Graphics are used in the GUI.