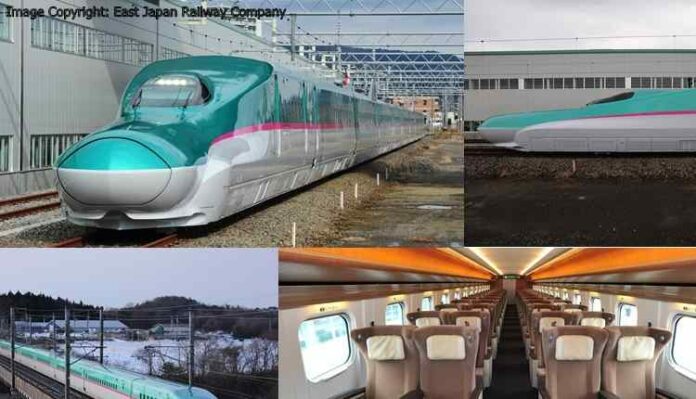 Biomimicry, the latest technologies, and artificial intelligence have roots in nature? Yeah, so, all the recent inventions and engineering techniques that we see around us, the robots, and skyscrapers to a number of future architectural delights and innovations are based on Biomimicry! It s the buzzing science-inspired from mother nature.

Biomimicry was made popular by the author Janine Benyus in her famous book of biomimicry named “Biomimicry: Innovations inspired by Nature.” Nature is breathtaking and well equipped with techniques that are required for its sustenance. Flora and fauna are well designed to cope up with the circumstances and extremities, which is just magical. From a tiny microscopic lichen to big animals, nature has equipped them to tackle the situations and self-healing techniques. Biomimicry is the science that uses the replications of natural shapes, patterns, and features that are used in the most advanced technologies in the world. It is an emerging sector of a future science that take inspiration from nature and use them for human sustainability and comfortable survival. Biomimicry engineering has already started to give its best from the latest bullet train technology to the bricks being made from bacteria and much more.

Here is the list of 9 Innovations that are Inspired from nature (Biomimicry):-

1. The latest bullet train technology is inspired by the beak of the Kingfisher bird! The aerodynamics of the Bullet train, the Shinkansen, and other super-speed trains in Japan are pushing the limits by traveling as fast as 400 Km/hr is due to its front shaped like the beak of the kingfisher bird and will be faster than China’s Fuxing Hao. The current trains are also running as fast as 300 km/hr speed due to a reduction in noise due to their shape and also using fewer electricity costs. 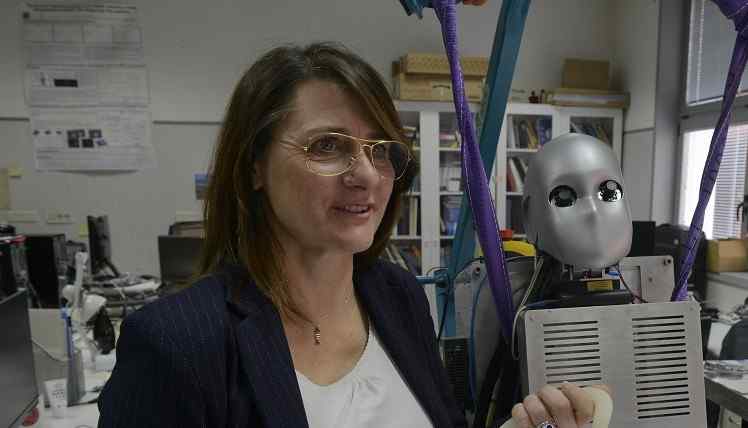 2. Octopus inspired soft robots are being made by the use of biomimicry techniques. These are made from a new type of cephalopod skin that can be transformed from a 2D surface to a 3D surface in a matter of time. The researchers have induced this technology from the octopus, and this type of robot with smart control mechanism and soft skin could be used to perform a large number of tasks as they can stretch, crawl, swim and grasp things! 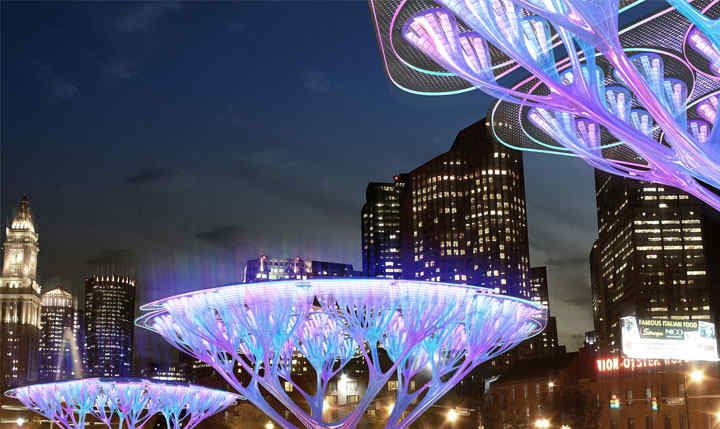 3. In order to lower the global warming temperature changes, scientists have taken inspiration from trees and are creating techniques by designing artificial that can soak harmful carbon dioxide from the air by using leaves that are 1000 times more efficient than normal green leaves. About a million of these artificial trees have the capacity to remove 3.6 billion tonnes of Carbon-dioxide per year! These are now functional in Boston and are called TREEPODS. This type of artificial tree is also capable of producing Oxygen gas by using a technique called “humidity swing,” by which decarbonization method. These treepods are being made by reusing plastic bottles, and the design depicts the branches of nature’s tree. These will also be based on the human lungs functioning style as well. During night theses tree can function as eye-catching canopies of the brilliant colorful display.

4. Yeah, you just heard it right. Bricks grew from bacteria! Researchers have developed microorganisms that can absorb light, nutrients, and carbon dioxide and produce calcium carbonate, the main building component of cement. The scientists and researchers are very hopeful this can bring a change in the rigid traditional method of making bricks, and the environmental advantage has also inspired other researchers to try the commercially available cement that is made sand and cyanobacteria that emits a very low amount of carbon dioxide. The scientists are also hoping that they can use many different types of bacteria to build more future prospects in the future.

5. The invention of robots and microrobots to tackle many life-saving techniques and to detect the defects or the diseases inside the human body and on the water, the surface, is just a next step in biotechnology where snakes and lamprey are used as inspirations to create such active robots that can pass through human blood and also some robots are used to detect the water quality and swim like snakes! The microrobots that can pass through the arteries and veins and can swim inside the bloodstream are loaded with censors taken from mammalian cells, can record stimuli which are converted into electrical signals. These are extremely helpful in finding any tumors or blood clots inside the blood and are helpful to do operations too. The medical world is so glad as these tiny robots can even take pictures and locate the exact areas of infection and a boon in the medical field of study. There are robots salamanders that can swim and walk on water, water strider robots, tree climbing robots, etc. 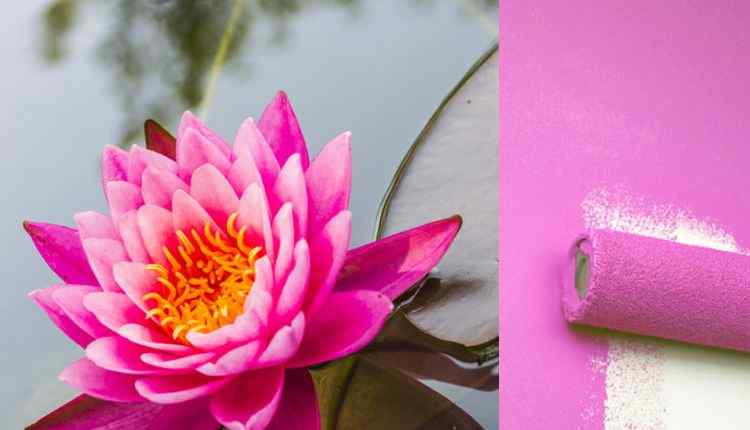 6. Nature has beautifully equipped lotus leaves to remain waterproof even though the big round leaves remain on the surface of water bodies like ponds and lakes. Lotus leaves have very small microscopic structures or nanostructures, and the micro protrusions are coated with waxy hydrophobic substances that don’t allow the water to wet the surface of the leaves. The same technology is being used in the field of substances that are water repellant, oil repellent, and fats repellent. When this water-repellent liquid is sprayed over any surface like glass, paper, cotton, wood, concrete, plastic, etc., it makes the structures hydro and oil phobic! It is a real breakthrough in small to high areas of its application, which can make work easier, less time consuming, safer, and hassle-free. It can also work wonders in architectural sectors and as these can put water, oil, dust, etc. away. Biomimicry technology is very useful and is used to make some super paints too.

7. The biomimicry heliotropes, the ways to trap the solar energy or the sunflower project is the project consisting of artificial solar tracking and capturing panels work on the principle that imitates the way sunflowers track the sun energy by tilting towards the directions the same way as the sunflower flowers do. It is developed by a team of 3 MIT students, and they have shown ways by which these mounted arch could be built on more economically efficient ways and is also based on the process of photosynthesis by the plants to trap more solar energy and to create carbon-free electricity.

8. The very popular Mercedes Benz bionic car was also based on the principles of biomimicry. The car is designed to take inspirations from a boxfish, and the aerodynamics are closely related with boxfishes features of withstanding high pressure and their tough hexagonal outer bony plates allowing them to survive without a scratch with coral elements and other marine creatures. This iconic car is made out following all little detailing, thus making it more efficient and super fast and super stylish!

9. Shark swimsuit is quite popular and got lots of attention from the media in the past. The concept is taken from the skin of the shark as we all know that sharkskin is made up of countless overlapping tough scales. These tough denticles are seen under the electron microscope, and these dermal denticles disrupt the turbulent swirls of water and controlling the flow of water and also to keep it immune to any type of algae growth. The same technology is used to create swimsuits and is quite a rage among swimmers as they prevent bacterial growth and making the swimming more easy and enjoyable. The same mechanism is also being used to make the bottom of ships and boats. The sharkskin concept is also popular in hospitals to make surfaces resistant to bacterial growth!

Biomimicry is an expanding, futuristic aiming field, and almost all new inventions are inspired by something from nature’s cradle. Creative minds are always looking for newer and better innovative ideas, and there is nothing as inspiring as nature, so there is an immense scope of seeking newer breakthrough which is highly sustainable for the comforts and luxuries and also environmental saving and serving techniques that can create pollution less and better lifestyle generating scientific products. There are butterflies inspired solar panels, gecko-inspired glass walking materials, many biomimicry inspired buildings and architectural units, a number of robots inspired by many animals and insects, automobiles, tentacles shaped prosthetic arms, humanoid robots and many things coming and catching our views are the things that are possible and are on the making as there are creators, engineers, and scientists creating by the help of natural things! Biomimicry is a constructive, modern, and futuristic way of living. As nature never stops amazing us with its new discoveries, human minds will tend to evolve more, creating more impactful creations.