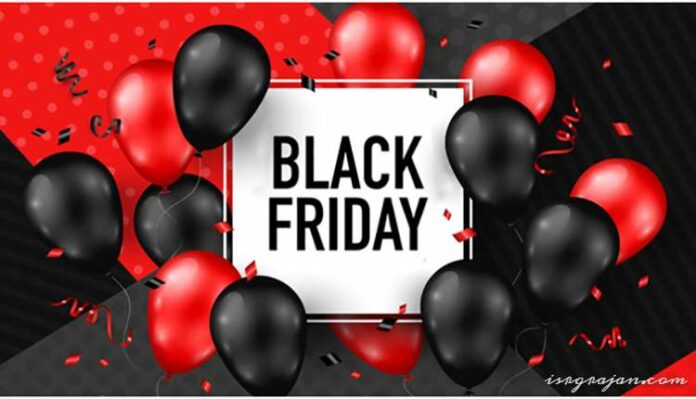 Black Friday Sale has just gone by, and almost all of us have bought something or the other, no? Many waits for the whole year to buy everything from their checklist during this sale. But, do you know why such huge discounts are given during the end of November? It has a fascinating history that will blow your mind. It is probably one of the most incredible tales of marketing strategy and seeing “the glass half full”. I guess you are already curious. So let’s get started!

Black Friday Event: The one and Many
While we Indians are primarily aware of only one ‘Black Friday’ in history, there have been many Black Fridays, that too, strictly in American history. “Black Friday” is not a particular day. It means the day after Thanksgiving. Interestingly, Thanksgiving, a festival for celebrating the blessings of a good harvest, is a foreign version of what in India is known by many names (Makar Sankranti, Lohri, Bhogali Bihu, Pongal, Onam, Nabanna etc.) -Relatable much? It is celebrated in many parts of the world in different ties. In the United States of America, on the 4th Thursday of November. “Black Friday” is the following day.

However, the story of Black Friday is a little complicated. Black is usually referred to as a bad day which is in complete contrast with our image of the happy sale on Amazon. One of the earliest mentions of Black Friday dates back to 1869. In the American administration system, two men of higher rank, Jason Gould and James Frisk Jr pull some threads in the shadow to manipulate the gold market. The then-president Ulysses Grant gave orders to release gold from the central treasury to handle the situation, but panic had already spread in the market. Many built their fortunes, and many lost theirs. In fact, the president’s brother-in-law named Abel Corbin incurred significant losses.

Later for two consecutive years, in 1951 and 1952, the term Black Friday appeared in a famous engineering magazine called the Factory Management and Maintenance. Please refer to the calling in sick by the employees around the USA on the following Friday of Thanksgiving 4-day long weekend. Businesses around the country met with loss during this time.

However, this is not it. The term Black Friday got publicity one more time in the 1960s, thanks to the Philadelphia police and New York Police Department (NYPD) in Rochester city. People from around the nation came out to the towns for Christmas shopping everywhere. Obviously, there was no saying how bad it turned for the police when the Christmas shopping rush coincided with a football match in the city stadium. Nonetheless, the flow of people started to increase every year. The New York Times announced 29th November of 1975 as the busiest day of shopping on the streets of Philadelphia. The numbers increased even more in the next decade as the American economy started to grow very fast.

Businesses had hardly recovered from the shock of two World Wars and the great depression of 1929. During that time, merchants faced losses throughout the year except for the holiday season. The shopping rush got them profit. The business started to see a new ray of hope. Usually, merchants used to mark their losses ‘in the red’ and gains ‘in the black’ in the account books. Their accounts from January to November used to be in the red and came in the black only during the holiday shopping. Merchants started to give sales and freebies to maximize their profit and attract more and more customers. This jumping into the black was officially first recorded in the journal of Philadelphia Inquirer in 1981. Here, black doesn’t sound that bad, right?

So, from then on, American merchants, big and small alike, are using the opportunity of the festive session to make up for the losses. On the occasion of the “Black Friday” sale, huge discounts are given almost on every object. Starting from grocery to toys, from jeans to wedding dresses, from restaurants to jewellery shops, the Black Friday Sale is everywhere in America.

Seeing the quick prosper of the American merchants, many followed in their footsteps. It did not take long to spread among the Western nations. The USA saw a boom right before the crisis of 2007. During that, American companies spread all over the world. They did a great job in carrying forward the culture of the “Black Friday” sale.

The period of globalization had already started. The massive spread of the internet was the next element in the game. In the last few years, digitization has gone quite deep. The e-commerce platforms like Amazon have reached remote areas and offered a new and westernized shopping experience. As a result, the consumption pattern of Indian people has changed. Thus, it is not a surprise that the Black Friday sale is a culture in India now like plenty of other third world countries in the region.

Modern-day advertisements are very efficient and effective. They follow us everywhere on social media, which is an integral part of our lives in the 21st century. The e-commerce shopping platforms have used this tool to get customers successfully over the last few years. The Black Friday sale is just another jewel in the crown. Even Indian shopping sites I’m startups are giving away Black Friday sales for some time now. Some prominent examples are Myntra, Nykaa, Bewakoof etc.

It is the best time for electronics companies to clear out their old stocks. All over the world, mobile phones sell like hotcakes during this. Other electronic devices like laptops, headphones, even home appliances are not far behind.

The “Black Friday” sale is now a global phenomenon, and there is no going back. It is a part of our online shopping experience now.

The small shops in India and even some shopping malls are still outside the periphery of Black Friday sales. Globalization and digitization have been going on at a faster pace online than on the ground. The common mass of India is not familiar with the westernized culture yet. Thus, the idea of the Black Friday sale is still foreign to them. While we are very sure that the Black Friday sale is not going anywhere from the online world, there is no surety this marketing strategy will ever work in the shops of India.

We also have our festive season of Eid, Durga Puja and Diwali from October to November, and it is synonymous with the Black Friday of West. 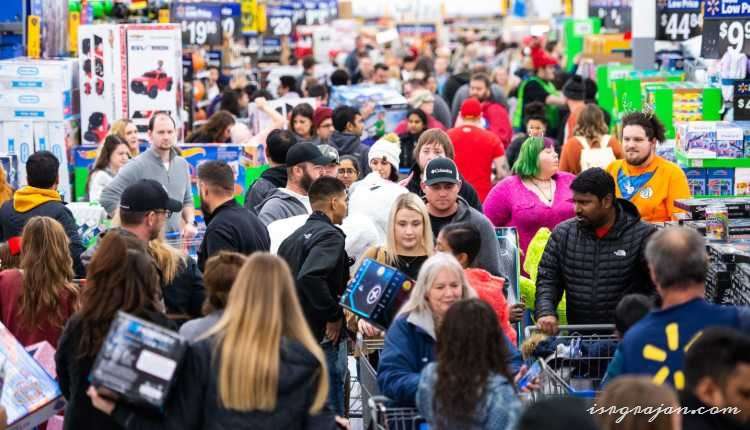 Conclusion of the Story

Strictly in the present sense, the Black Friday sale is about making a profit. Although it started back in the 1980s, it didn’t take long to spread to the countries that had no connection with Thanksgiving. It was possible due to the internet, online shopping giants, changing consumer preferences in the third world end effects of globalization. It will not be an exaggeration to call the event of Black Friday sale winning march of western capital lists saw a great opportunity to make a profit.

Even the Indian companies have adapted to the change quite successfully. The mono Poly of Western companies on the Black Friday market has ended. Indian companies do get their share of profit too. Bewakoof, a famous Indian online shopping platform, has modified the “black Friday “sale. They call it the “Yellow Friday” sale since the theme of the website is yellow. Thus, we have come so far as to Indianize the Black Friday sale. Although it was once dominated by American businesses, that is not the story anymore in this interconnected world.