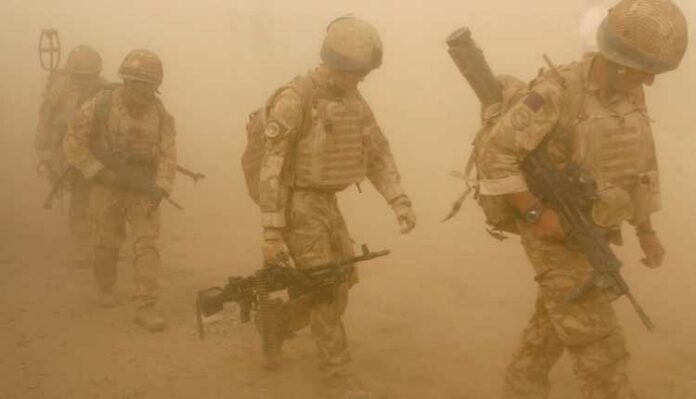 As stated by Army Veteran Daniel Somers, I am left with basically nothing. To trapped in a war to be at peace and too damaged to be at war.[1]

Various research studies have presented data, likewise, as stated by Daniel Somers. In one major study, 13.5% of deployed and undeployed soldiers detected as suffering from Post Traumatic Stress Disorder after witnessing Iran and Afghanistan war. Other research studies have narrowed that as many as 500,000 U.S troops and army who have worked for over 13 years have been diagnosed with post-traumatic stress disorder. The Indian Armed forces have also lost 900 soldiers, who suicided in the last 7-8 years, and the major came to suffering from post-traumatic stress disorder.

What is Post-Traumatic Stress Disorder?

A psychological condition developed when a person has experienced a traumatic event in their recent past has been scary, dangerous, and overwhelming. In current situations of COVID-19, many people have to experience conditions wherein one feel traumatised or overwhelmed by their past or traumatic event they have witnessed recently. Still, many people recover from the initial symptoms due to various factors, such as family and peers, financial resources, community resources and many others. Many people find it challenging to come out from the trauma and even experience a repeatedly traumatic event. The anxiety, fear symptoms can stay for a more extended period. Likely, the case with individuals enrolled in the army who left their families places for the nation but after a traumatic war or a disaster, find it difficult to adjust to their everyday lives.

Let’s take an example from a prominent English web series named Peaky Blinders. The series revolves around the life of a gangster and shows a different angle. Still, this series has also presented how being in a war (the main character Thomas Shelby was in a fight) and witnessing thousands of people’s death. Injuries affect individuals from the military and the army. In this series, Thomas Shelby is dealing with many anxiety issues and even hallucinations, stress and nightmares regarding the wars and traumatic events) converting their stress, anxiety, nightmares and numbing into a more prolonged range disorder, Post-traumatic Stress Disorder (PTSD).

Symptoms of Post-traumatic Disorder in Soldiers:

Post-traumatic stress disorder has various signs and symptoms that can help identify individuals suffering from psychological condition to provide better treatment. But, to be noted is that every individual experiencing a traumatic event do not experience or witness post-traumatic stress disorder due to various internal factors (coping abilities, self-esteem, self-confidence, resilience, perceived locus of control) as well as external factors (severity of the traumatic event, duration of the traumatic event, peer and family support, social conditions, economic conditions). Sometimes, one can experience symptoms of this psychological conditions just after the traumatic event, as noted by various researches in many studies. Still, many-a-times, people show different signs and situations in 3 months, as presented in the TV series, Peaky Blinders and the Bollywood Movie, Raazi (where Alia Bhatt played the role of a member of RAW).

But, how one can identify individuals suffering from this unique psychological condition? It can be through identifying the various signs and symptoms mentioned below:

When one knows about these symptoms and can identify those in individuals, especially soldiers who have witnessed a recent traumatic event, they should be treated immediately by professionals and rehabilitated in ordinary life.

In the end, anyone around the world can experience any unique psychological condition or a psychological disorder irrespective of their caste, class and background. But, Mental Health only needs candour, sunlight and more unashamed conversations.