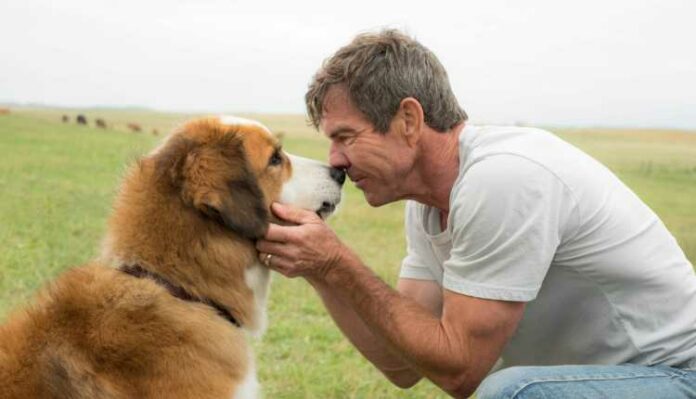 The privilege of a lifetime is you are — Here, the line refers to having a self and then describing the individual by their personality, qualities, and characteristics. Take a look at the phenomena of self. WHAT IS SELF? Self is the varied way in which we define our existence. It consists of all the experiences in an organised manner that helps us find uniqueness in an individual and differentiates a person from the other in society. From different researches and surveys, we know that people hold different ideas about themselves that refer to themselves.

For example, a girl is committed to every work of her life, so she describes herself as a committed person to things. There is a self-concept with self that refers to the ideas, thoughts, beliefs, and perceptions about our competencies and skills. From a general point of view, this can be overall positive and negative. Self-concept is there in humans but not in animals because they do not hold beliefs about their selves.

They do not process ideas, thoughts, feelings, and emotions consciously as humans do. The other three categorisations within the self are-

It is an aspect of self. It is a value judgment of a person about himself/herself. As humans mainly, we often tend to make evaluations about ourselves as worthy or unworthy. Some people can have high self-esteem, and, some have low self-esteem. Some surveys show that the profession, colour, gender, age of an individual also impacts their self-esteem. These factors can lead to stereotypes, prejudices, and discrimination. Humans have self-esteem that may be low or high depending on the individual factors, but, there are not many types of research that support the development and maintenance of self-esteem within animals. But two-three journals are supporting the idea of self-esteem in animals. Animals who are intelligent like birds, mammals as they involve in higher processing and thinking still this self-esteem formation involves very high order skills, so not much data has been received yet. Self-esteem shows a strong relationship with our everyday behaviour. For example, children with high academic self-esteem perform better in schools than those with low academic self-esteem, and children with high self-esteem are more liked by their peers than those with low self-esteem. This type of process does not work with animals.

It is another aspect of our self. Self-efficacy deal with thinking of a person about their efficiency and control on various problem-solving tasks and decision-making processes. Humans who have a powerful belief that they will solve the problem effectively have a higher self-efficacy and vice versa. According to some surveys and articles, animals, have self-efficacy as if they believe that they can find something to eat and survive. Animals will put in all their efforts but mentioned above animals, do not possess higher-order skills to incorporate these kinds of self and their concepts. People with higher self-efficacy are found to stop smoking the moment they decide to do so. Our society, our parents, and our own positive experiences can help in a strong sense of self-efficacy.

This is another aspect of self but the difficult one as it involves controlling and regulating oneself emotions, thoughts, feelings, urges, and desires. It refers to the ability to organise and monitor one own behaviour. In Indian culture, one gets various chances or concepts for self-control like keeping fasts or Vrat, Rozas. It also provides a safe place to keep a distance from worldly and materialistic matters. This concept has received varied evidence in animals for self-control and regulation. Many experimentations and journals show that animals have self-control in the Indian culture and, pets also have this kind of domain within themselves. For example, when we see many people who keep their pets away from junk food or give dog treats and pedigree only when they agree to the person. Many surveys show that animals having a big brain can regulate themself than those who have small brains. Experiments show that animals having big brains can control themselves than animals having little brains. Large brains, there will be higher processing and high order skills. This becomes possible through what is commonly known as ‘will power’.

The privilege of a lifetime is being you are.

NOW, LET US MOVE ON TO ANOTHER INTRIGUING CONCEPT WITHIN SELF THAT IS SELF-AWARENESS

Ability to focus on oneself and how one actions, thoughts, feelings, desires, urges, and behaviour align with your internal standards. It is the comparison of one-acts with the stated internal standards. It knows oneself and how you place yourself with the internal standards a person holds. For example, one can identify that they are angry or happy at a particular moment and can differentiate between his/her emotions. Another example of self-awareness is that they can recognise their primary coping apparatus that if they are using avoidance-based coping or emotion-based coping. Another intriguing example can be to stand out in society with your own beliefs and differentiate yourself from others.

This concept of self-awareness should not be confused with consciousness. Consciousness refers to the awareness of one own physical body, thoughts, and emotions. On the other hand, self-awareness refers to the recollection of that consciousness that extends further to recognise the reasons for own existence beyond the body, physical and biological aspects of life. For example, Infants are conscious of all the events, body urges, and lifestyle, but, they are not self-aware. As when an infant is born, they do not possess any high order skills, but, they have a sense of being that refers to their consciousness. Infants develop a feeling of self and awareness about their thoughts, emotions and try to differentiate their own with others in the world till their first birthday. It is a small step in the development of self-awareness. INTROSPECTION is a process through which one can be aware of oneself.

It is our perception of us having a distinct sense of self from others. It refers to the awareness of organisms to differentiate them from the physical environment. The world revolves around us based on our experiences and perceptions and how we perceive ourselves as distinct from this sensory and physical environment. For example, when an infant start maturing, they start noticing changes in themselves and now behave more independently. They can see themselves as distinct from the environment and others in society, as Sheena states that I am small and Meena is tall. It is the first level in developing self-awareness in humans and organisms.

It is having an awareness that one can be the object of own reflections and awareness. An organism can be the object of its attention. It is a state of self-awareness where the individual can reflect herself and perceives them as an object. For example, Sheena states that I am a person who gets hurt very easily. Here, the girl Sheena is objectifying herself as an object that gets affected. It involves comparing oneself with other organisms and then correcting our behaviours by projecting and reflecting on our beliefs and seeing the problem. Objective self-awareness allows the individual to notice all the wrongs in their behaviour and, now can come up with different ways to correct those aspects according to needed thoughts and ideas. In objective self-awareness, the person recognises one thoughts, emotions, ideas, and desires that they want to maintain for their internal standards and customs.

It is the third level of self-awareness and self-functioning that is reached only by humans and, it is not present in animals as presented by many pieces of research, surveys, and journals. It refers to an ability to form an abstract representation of them through language. Different surveys show that humans are the only ones who can develop language and speak with one another in a verbal and non-verbal organised way. On the other hand, animals can make the human ability to express their emotions, feelings, different sounds but cannot speak in a language. It is a unique thought and desire through the use of language. Due to the use of language, it is just limited to Humans and not in animals. It is a uniquely human capacity to represent everything through language.

DOES ANIMALS HAVE SUBJECTIVE AND OBJECTIVE SELF AWARENESS? LOOK INTO THAT BELOW:

Likely humans, animals also have a thought process, but, this thought process is not as enormous as humans possess. Animals have the self that is unique to them and distinguish them from others. Especially pets such as dogs and cats have a higher sense of self as they live, eat and procure a lifestyle almost the same as a human. Differences do occur in human-animals thought processes and a sense of awareness and being. Animals can recognise their identity but are not aware of their thoughts, emotions, feelings, desires, urges, and actions just as adult human beings do. Sometimes, infants thought processing and skills are equated with that of an animal as they both lie on the same level. In human life, the infant grows and develops higher-order skills. Animals have a contrasting nature as they do not have these types of emotions and thought except a few who have a large brain and high intelligence like mammals and birds. Apes, elephants, monkeys, and dolphins are studied most frequently. Relevant self-awareness studies recently are done on monkeys, chimpanzees, dolphins, and magpies that focus mainly on mirror self-regulation leading to test the objective self-awareness in individuals. Except for symbolic self-awareness, other types of self-awareness is present in different varieties of animals presented by various researches.

Animals have this awareness as they focus on different stimuli in an external world. For example, Lions have to kill another animal to feed and survive their day, so the awareness is on another animal that is a stimulus in an outer world to which the lion will react, feed and survive. Another example can be of pets, as when an individual throws a stick to a great distance and expects the pet to grab it, the pet goes to grab it and bring it back to the person. Here, a pet such as a dog shows a sense of being or awareness focused on the outer world and directed towards it. This type of self-awareness is present in more or less every animal as all organisms have a sense of being and can emphasise the environment and external objects. They can differentiate their own body and qualities from the physical environment. For example, Animals know that they have to run and survive but come back to their homes like caves or forests.

All the organisms do not have this type of self-awareness, but, some animals or primates do have it depending upon their intelligence level and higher-order skills. Here, some animals such as chimpanzees and monkeys have been often used in different experiments to test this type of objective self-awareness in animals. Experiments show that when animals see themselves in a mirror, they can recognise themselves and even see as an object where they focus all the sense of being and awareness on themselves and away from the stimuli present in the outer world, as mentioned above in subjective self-awareness. It also includes awareness about sensation. Other animals like dogs, and cats when shown reflections in a mirror or shown their shadow can think them as an object focusing all the attention on the image of oneself.