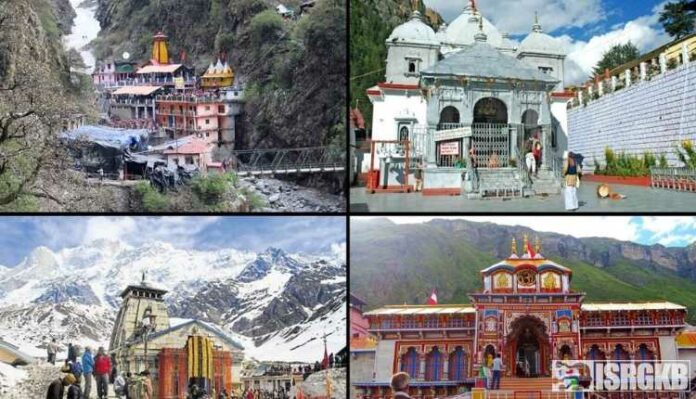 To complete the tour of the holy pilgrimage of Char Dham is the ultimate dream of all Hindus. Hindus believe that meeting the Char Dham yatra will help them achieve moksha, i.e. freedom or liberation, and this is why Hindus believe to visit all the four Dham at least once in their lifetime. The 5 holy pilgrimage sites that make the Char Dham includes Kedarnath, Dwarka, Puri and Rameswaram. These 4 religious places hold greater significance to Hindus. Apart from these, there is also the Chota Char Dham based in the state of Uttarakhand. The state of Uttarakhand is also known as Dev Bhoomi (abode of Gods). The Chota Char Dham is situated in the Garhwal region of Uttarakhand, including the Badrinath Dham, the Gangotri Dham, the Yamunotri Dham, and the Kedarnath Dham.

These 4 sacred temples are also the spiritual sources of four scared rivers. Badrinath is located on the head of river Alaknanda, Kedarnath on the head of river Mandakini, Gangotri on the river Bhagirathi (Ganges) Yamunotri head of Yamuna river. There is no explanation as to how these places got linked in a pilgrimage circuit. However, there is an individual rich historical story associated with each of these temples. Lets’ briefly learn about the significance of each of these holy sites. 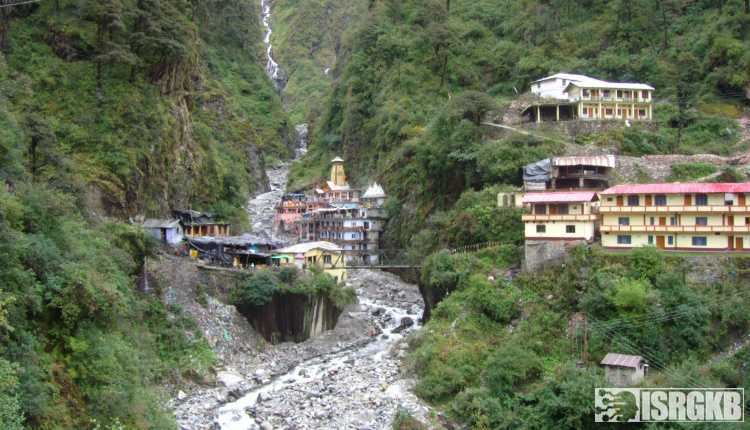 Yamunotri Dham is the first stop in the holy yatra of Char Dham. In the Uttarkashi district, India’s second most sacred river next to Ganga, namely the Yamuna, originates. The temple was built in the early 18th century by Maharaja Pratap Shah of Tehri Garhwal. It was again reconstructed in the !9th century by Maharani Gularia of Jaipur.

The Yamuna, the Goddess, is believed to be the daughter of the Sun God, Surya. There the temple is dedicated to the Yamuna. The deity of Goddess Yamuna is made of black marble. The Goddess came down to earth to glorify the world that is why there is a belief that taking a dip in the holy river will release one from all the mortal sins and get a place in Heaven are not afraid of the painful death. Near to the temple, there are five kinds or thermal springs gushing out of the mountain caves- Surya Kund, Jamuna Kund, Vishnu Kund, Tapth Kund and Bhram Kund. The prasad prepared with the hot steaming waters of the Surya Kund is an essential prasad for the devotees. Before worshipping the main deity, the devotees first prepare and offer their offerings in Divya Shila. 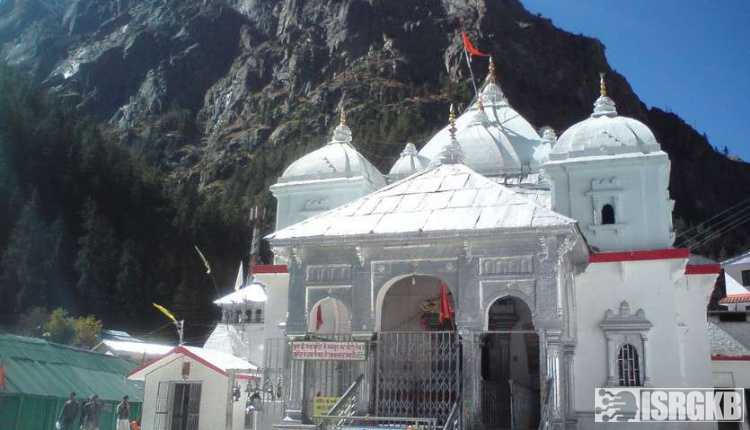 Ganga or Ganges, which is the longest and the most sacred river in India originates from the glacier of Gaumukh located around 19 km away from the holy temple of Gangotri. Thus, the shrine of Gangotri is dedicated to Goddess Ganga. The temple was built in the early 18th century by a Gorkha Commander, Amar Singh Thapa on the left bank of Bhagirathi river. Bhagirathi river is named after King Bhagirath who had meditated to please Lord Shiva. Lord Shivas, being pleased by him, released river Ganga from his locks of hair. The devotees take the water from here to offer to Lord Shiva because it is believed that this water has nectar which soothes Lord Shiva’s throat who gulps the poison.

The Jalamagna Shivling (associated symbol of Lord Shiva) made of natural rock is submerged underwater in Gangotri. It can be seen clearly in winter months when the water level decreases. It is said to be where Lord Shiva sat on while he tied Ganga in his dreadlocks. Also, read Best Yoga Ashrams in India. 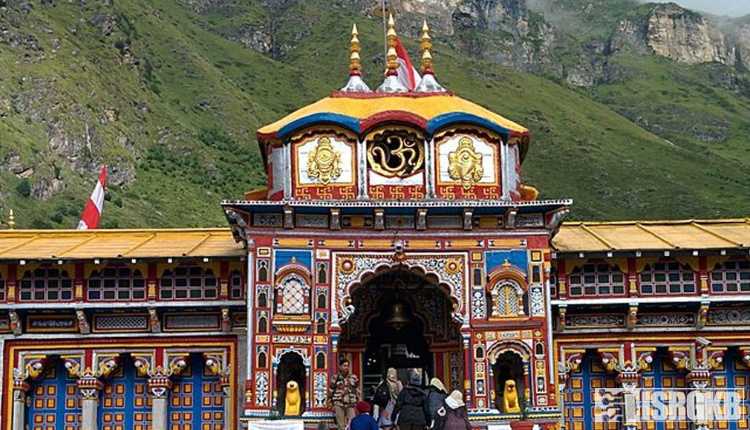 The highest destination in the pilgrimage journey is Badrinath. According to Skanda Purana, Adi guru Shankaracharya found Lord Badrinath’s idol (one of the forms of Lord Vishnu) in the Alaknanda river and put it in a cave. A quoting from the Skanda Purana: “There are several shrines in Heaven, on Earth, and in Hell, but there is no shrine like Badrinath.” A Gharwal king enshrined it in the 16th century. However, due to several natural catastrophes, the temple has been rebuilt several times. Since then, Badrinath is one of the most important holy shrines for Vaishnavites (devotees of Lord Vishnu) among the 108 Divya Desams (Divya meaning ‘Divine’ and Desam meaning ‘place of abode) incarnation of Lord Vishnu. Badrinath knew a Vishal Badri is a part of the Panch Badri, where Lord Vishnu is worshipped in different forms. The other four Badri include Yogdhan Badri, Bhavishya Badri, Vridha Badri, and Adi Badri.

According to the old legendary mythological believes, a sage criticised Lord Vishnu for his easy-going lifestyle. He decided to go and meditate as an act of penance in these mountains. His wife and consort Goddess Lakshmi accompanied him. She took the form of a berry tree to protect her husband from the weather’s harsh elements, including the sun. Thus, the name of the Badrinath derives from the word ‘Badri’ which refers to a wild berry in the local language. Badrinath is believed to the home of Lord Shiva and his consort Parvati. They were tricked by Lord Vishnu when he took the form a small child to enter their home and lock Lord Shiva and Parvati outside. In this way, they became outsiders and had to leave their home and move to a new place.

According to the puranic stories, the Pandavas brothers and their wife Draupadi went past this place. Even Lord Krishna, Nara and Narayana, and several other great sages are associated with this pilgrimage. The main entrance gate of the temple is known as Singhdwar. The temple is tall with a small cupola on top which is covered with a gold gilt roof.

The Badrinath temple is divided into three parts: 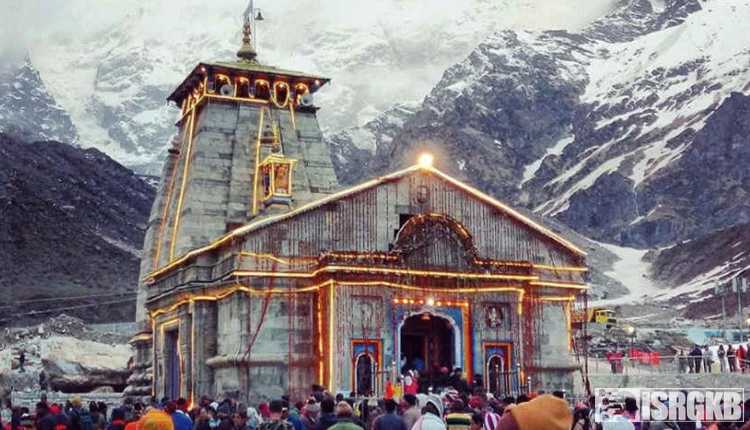 It is situated in the Rudraprayag district of Uttarakhand, and it is an essential Hindu pilgrimage. It is a part of both Char Dham and Chota Char Dham. The auspicious temple is surrounded by three magnificent snowy mountains-Mt Kedarnath, Mt Kharjkund, Mt Bharatkund. It is also believed to be the five rivers’ meeting point Mandakini, Madhu Ganga, Cheer Ganga, Swarngauri and Saraswati. The Kedarnath temple is situated in the banks of river Mandakini. Jyotirlinga is a shrine where Lord Shiva is worshipped, and there are 12 Jyotirlingas, one of which is Kedarnath. Thus, the main deity of Kedarnath is Lord Shiva.

There are two famous mythological stories about the origin of the temple of Kedarnath. According to the first story, the Pandavas brothers and their wife Draupadi were on a quest to search Lord Shiva to get forgiveness for their mortal sins that they committed in the war of Kurukshetra. However, Lord Shiva seemed very angry with their sins and kept disappearing and transformed himself into a bull whenever they approached him. The Pandavas did not give up. They followed him to the mountain of Kedarnath. But Lord Shiva dived into the ground, and it is said that Lord Shiva’s hump is there in Kedarnath, which is why the Linga inside the temple is in a conical shape, making it very different from the rest of the Lingas. Other parts of Lord Shiva came up in different regions, arms at Tunganath, navel at Madhya Maheshwar, face at Rudranath and hair emerged at Kalpeshwar. These different regions are together known as the Panch-Kedar. To please Lord Shiva, the Pandavas made a temple at each of these five places.

Another story narrates that the great sages Nara and Narayana, meditated at the peak of Mt Kedarnath to please Lord Shiva. Lord Shiva was very impressed by their efforts and decided to reside there in the form of a Jyotirlinga in Kedarnath.

Science reveals that Kedarnath is an ancient temple. It was submerged in the snow for nearly 400 years. The temple structure is truly one of a kind that has survived through centuries of harsh weather conditions. It is built with massive stone slabs over a large rectangular platform. There is no specific explanation as to who built the temple of Kedarnath. Still, it is believed that Adi Guru Shankaracharya constructed the present structure of Kedarnath in the 8th century adjacent to the old temple site. The bull of Lord Shiva, called Nandi, is also built outside the temple as a guard. There is also a belief that Adi Guru Shankaracharya died in Kedarnath and his Samadhi(body) is in the backside of the temple. There are recent controversies that his Samadhi is present in Kanchipuram (Tamil Nadu).

We are all aware of the 2013 flash flood that occurred in Uttarakhand. It is one of the worst natural disasters that happened, and it affected more than nine million people since it occurred in the peak pilgrimage time and affected the devotees. Due to this cloud burst in 15th and 16th of June 2013, Uttarakhand when through significant damage of civilisation and livelihood. The floods hurt downstream at a rapid pace, destroying everything that came in its way and carrying the remaining with a great force. The most affected districts were Bageshwar, Chamoli, Pithoragarh, Rudraprayag, and Uttarkashi. Out of which, Kedarnath was the worst affected region. Everything around Kedarnath was destroyed and swept away by the flood, including the local and guest houses, hotels and buildings. But the mighty Kedarnath temple stood firm. The foundation of the temple was not affected at all, although minor damages did occur. According to government records, about 6,000 people killed, found missing or presumed dead, 4200 villages were affected, 9200 cattle/livestock were lost, and 3320 houses were fully damaged. The floods leftover 1,70,000 tourists and local inhabitants stranded in the mountain, who were later rescued through several rescue missions. Uttarakhand’s state is still trying to recover from this catastrophic trauma, but the damage is beyond control. The pilgrimage journey was on hold for two years to repair the damage. After which, the pilgrimage started again.

Due to the harsh weather conditions in this religious Himalayan state, most religious shrines remain close during the winter season for nearly six months. The temples are submerged in heavy snow, making it difficult for the devotees to go and worship. These temples are usually open from April/May to October/November. The ideal season to go on a journey to visit these temples is summer, from May to June. It is the perfect season for sightseeing as the weather is moderately cold climate. From July to mid-September, the weather is accompanied by regular rains during monsoon, and the temperature drops down. The roads are mostly closed during the season due to frequent landslides, making travelling difficult and risky, especially for older people.

These mountain regions are not easy to reach, but the government has put many efforts to make the pilgrimage approachable. The nearest airport is the Jolly Grant airport, which is well connected to Delhi with daily flights. The nearest railway station is Rishikesh. Railway networks well connect it with major destinations of India. There are lots of buses and taxis available daily to help you reach your goals. There is trekking required to achieve the temple, and there are pony and horse services to carry the luggage and older people. Even helicopter services are made available, which makes the journey faster and more convenient.