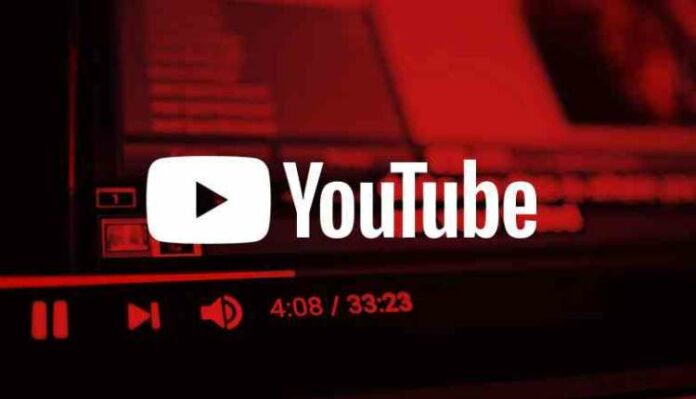 The T-Series vs PewDiePie, the epic battle that has taken the YouTube by storm. Yes, even I, am talking about it. Interestingly, it’s becoming a global issue from hackers hacking printers worldwide to urge people to subscribe to PewDiePie’s channel to fans buying billboards to support him. The extent of its reach is unbelievable. The Indian Youtubers have taken it personally and have now started to spread the word about T-series. Though there are exceptions like the channel Saiman says that came full throttle to side with PewDiePie. But in my opinion, both the channels have rolled out a brilliant content and they both deserve the top spot. Moreover, there is no point in comparing an individual to a company.

The video sharing site was founded in the year 2006 and is headquartered in San Bruno, California. Since, its inception it has created ripples all around the world. At times it has also come under the scanner and has been largely criticized. Like the YouTube Rewind video of 2018 is the most disliked video on the site.

Each day, it’s notching up millions of views universally. India hasn’t remained immune to this. Though it discovered YouTube much later than other countries. It has one of the largest subscribed channels in the world. The Indian YouTube community is a strong group of like-minded people from all walks of life. The roasters, comedians, sketch artists, motivational speakers or technical experts are all an integral part of the community. The camaraderie they share is infectious. But it is also characterized by occasional feuds between two channels.

It is an ever-expanding umbrella under which many new channels have emerged. Once unknown now turned stars are enjoying their new found fame. But they must stand by what they preach since we Indians do get a little touchy about certain things.

YouTube is fast becoming a phenomenon spearheaded by the success of T-series. It has become a money spinner for many youngsters. Many in India now nestle the dream of following in the footsteps of their favourite Youtubers. Here are ten Indian YouTube channels that have the maximum subscriber count:

The very much in news company or recording label has proved its mettle. The company headed by Bhushan Kumar is already a force to reckon with in the music industry. He took over the reigns of the company from his father when the latter was mercilessly killed. The channel, upload Bollywood film songs and also albums. Apart from the T-Series channel dedicated to the Bollywood it is also running several regional channels like a Punjabi. It is on its verge of becoming the highest subscribed YouTube channel and the dethrone PewDiePie who has sustained this position for the past five years.

SET India also known as the Sony Entertainment Television is an entertainment channel that promotes serials, daily soaps, reality shows and crime dramas. The channel just gives us a sneak peak at their television shows, thus creating a greater viewer. It is another corporation ahead in the subscriber race. It is the highest grossing entertainment channel on YouTube. It has also given us the longest running show on television, CID.

Zee TV owned by Essel Group stirred the Indian audiences with their Zee Horror Show and constantly churn out the slice of life dramas for television. Though the content categories are same as of SET India, but when it comes to the followers count it is givne neck to neck fight to the SET India. The most watched TV series on ZEE TV include Kumkum Bhagya.

SAB TV is a part of the Sony Pictures Networks that owns SET India broadcasts the same categories of television shows as that of SET India and putting up most of the shows on it’s YouTube channel. The twist to the tale is that it airs only comedy shows mainly sitcoms. It comes with no surprise that it have the highest subscriber count as people love to watch and re-watch the old shows. The most popular shows include Taarak Mehta ka Ooltah Chashmah which is quite popular.

Zee Music is owned by the Essel Group that produces music that has also joined the YouTube and now running its own YouTube channel. It has produced tons of Bollywood songs and albums under its banner. The channels have numerous hit songs that are viewed uncountable number of times thus notching up views.

The YouTube channel started by Mr. Balwinder Singh and Mr. Raman Kohli is a premiere destination for Punjabi music. The ever growing popularity of Punjabi music and it is synonymous with pop music in India today has led to its formation.

Remember the inaugural season of Big Boss? No one had anticipated its humongous success and look at it now. Every out of work celebrity wants to be in it. The show has single handedly put it in the list of top ten most subscribed YouTube channels in India.

Shemaroo Filmi Gaane YouTube channel is operated by Shemaroo Entertainment Limited which is a Music Channels that has soared the popularity charts and is now charting out a path for YouTube. It is an initiative under Shemaroo films. As the name suggests it offers a range of Bollywood songs. It was a household name in its heydays and has now received a new lease of life on YouTube.

Sony Music India is the another YouTube channel operated the Sony Pictures Networks which means Sony Pictures Networks owns three channels that are within the top 10 list of most subscribed YouTube Channels in India. As the name suggests that it is a Music channel in India that runs a music production company. It has given lots of memorable chartbusters in recent times. With the inception of new age technology it too has transitioned into YouTube. It has collaborated with Dharma productions for many foot tapping numbers in the past.

YRF OR the Yash Raj Films is the production company owned by its chief Aditya Chopra is a name to swear by in the Bollywood industry. They are the powerhouse and a perfect launch pad for many debuts. YRF YouTube channel most popularly uses to upload trailers, teasers and song videos from their upcoming films. They are the messiah of the Bollywood newcomers eyeing for the one opportunity that could change their lives.

Apart from big companies there are individual YouTubers as well making a name and fame for themselves. Some of them are: Amit Bhadana, BB ki Vines, Technical Guruji, Ashish Chanchlani Vines, Sandeep Maheswari, Ts Madaan, Fact Tech, Dr Vivek Bindra, Harsh Beniwal, CarryMinati and my favourite though is Nisha Madhulika who creates some mouth-watering dishes and has over 6 million subscribers.