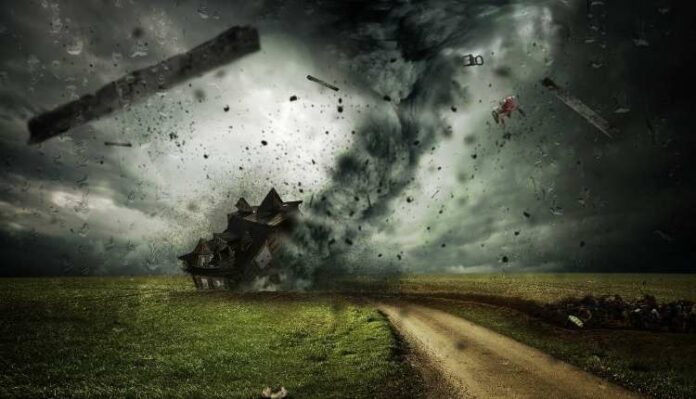 With the advent of science and technology, our country is heading towards the path of development. However, it has caused severe environmental issues in India. The major environmental problems in India include soil erosion, various pollutions, deforestation, ozone layer depletion, water scarcity and many more. 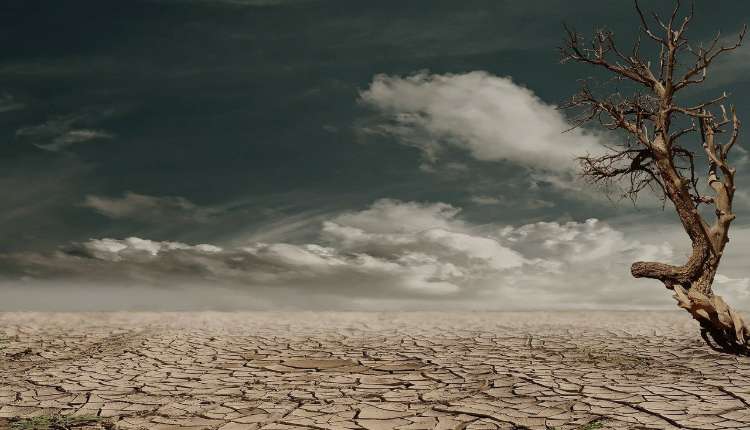 Soil erosion is one of the most important environmental issues in India.  Soil erosion refers to the degradation of the soil quality by the removal of the upper layer of the soil by various agents such as rain, blowing wind, human beings, animals, storms, ice and many more.

In short, it can be said that soil erosion is the destruction or the shifting of the topsoil.

Generally, soil erosion is classified into four types. They are –

The first phase of soil erosion is termed splash erosion. It occurs when the rain waterfall on the soil and shed away the soil. It is seen in hilly areas, near beaches, and coastal areas. However, this can be reduced by planting more and more plants.

This type of erosion covers a very wide area. Sheet erosion refers to the washing of the topsoil by heavy rainwater. And its complete layer is taken away into a larger area along with the water.

Rill erosion means when small channels are formed by the running water.

Gully erosion refers to the erosion caused by the removal of the topsoil by the surface water, which in turn results in the enlargement of the rills into gullies.

The most important reason for soil erosion is deforestation. As the need and demand of the people are increasing day by day, so the trees are cut down for basic human satisfaction such as making of buildings, furniture, and various others household purposes. And ultimately, it gives rise to soil erosion.

Overgrazing by the animals is also an important factor in soil erosion. Various small plants and grasses fix the Soil to prevent soil erosion, but due to the increasing livestock, it had an adverse effect on the soil.

The lack of proper drainage also results in soil degradation.

Planting the small plants and shrubs-

Soil erosion can be prevented by protecting the vegetation cover by planting the small plants and shrubs, which in turn protects the soil from being washed away by various agents such as wind or rain.

Contour ploughing is also the best way to prevent the soil from getting eroded. In the contour ploughing, the farming is done across the mountain slopes. 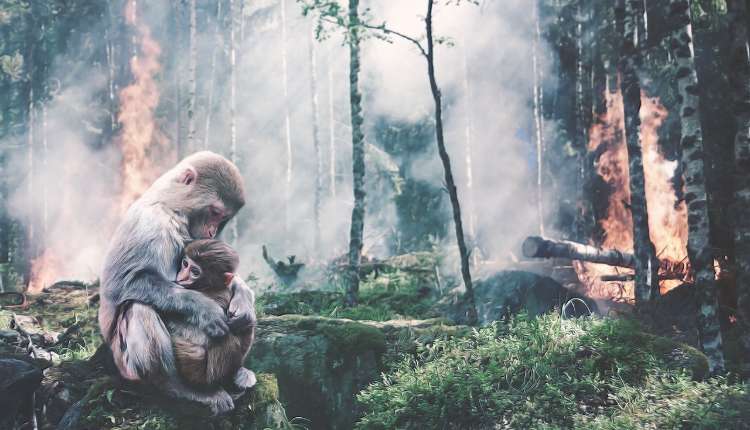 Forest cherishes a variety of plants, trees and a number of wildlife resources covering a wide area of the land surface. India is an agricultural country. So they cover around 80% of the total area of the country. They are generally found in the tops of the Himalayas, Vindhyachal, Eastern and Western Ghats. And deforestation is a very growing issue of our India.

Every year there is a huge loss of trees by the forest fires. It occurs during the hot summers.

The mining of coal and iron in the forest also had an adverse effect on the forest.

Overpopulation is a rising concern for India. With the increase in the population, the needs of the people are also increasing, contributing to deforestation.

Urbanization means the shifting of the rural people to urban areas for better living opportunities.

Thus urbanization consists of the construction of the roads, buildings, factories and many more out of the forests.

Disturbance in the food chain:-

The forests are also a part of our biodiversity. And these excessive cuts down of trees have an adverse effect on us. These create an ecological imbalance and gradually disturb the food chain.

Various animals and birds are dependent on the forests for their food and shelter. Thus deforestation makes them homeless, and in turn, they cannot adapt to the changing condition, which results in their extinction.

Increase in the level of carbon dioxide and greenhouse effects:-

Trees use carbon dioxide and give back oxygen to the atmosphere. But due to deforestation, there is a significant rise in the level of carbon dioxide. And as carbon dioxide is a greenhouse gas, it leads to global warming.

Disturbance in the water cycle-

Water cycle means the cycle in which the water gets evaporated from the surface and get accumulated and get precipitated in the form of rain or snow.

However, deforestation harms the water cycle, which in turn reduces the chances of proper rain.

Deforestation leads to floods and drought. Forests are known to absorb the water, will in turns prevent in flood condition.

Similarly, tress also increases the fertility of the soil. So the deficiency of trees causes drought and other natural calamities.

Afforestation means plantation of the tress. So this prevents deforestation.

Preventing the excessive cutting of trees will also reduce deforestation. Forest plays an important role in the economic life of our country. Hence their utility is very great, and their importance cannot be minimised. It is, therefore, the duty of the government to adopt a realistic policy for their development.

Government should also check for the conservation of the forest and the wildlife resources.

Common people should also get aware of the consequences of the unnecessary cutting of the trees. There should be the promotion of 3Rs- Reduce, Reuse and Recycle. 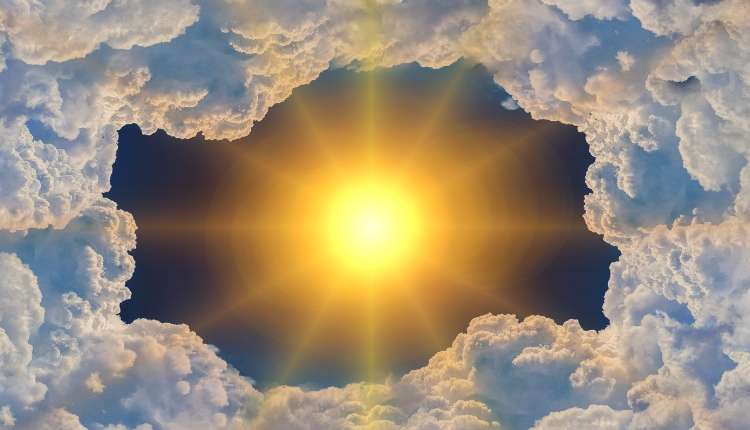 The ozone layer acts as a protecting layer for our earth from the harmful ultraviolet (UV) rays of the sun. Recently it has been found that the ozone layer over Antarctica is getting holes which may lead to various environmental problems. And the main reason for this is the rise of Chlorofluorocarbon (CFCs) in the environment. Thus such reduction of the ozone layer causes pores in it, and this may lead to cancer and other infections. This may also lead to blindness. 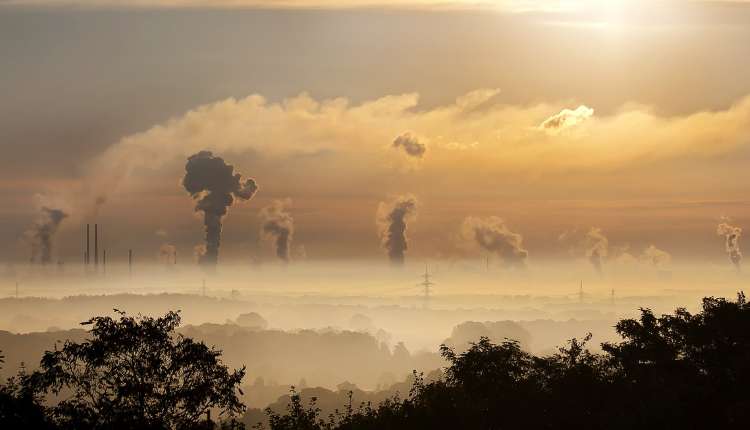 Whenever man tried to progress and head towards growth or development, pollution took place. It has been seen that man always had to pay very when he did some progress. The more man advanced, the more problem related to pollution arose. Pollution can be of many types in soil, water, air, noise and many more, and all types of this pollution had an adverse effect on the health of the human body. Environmental pollution is even a question mark for the survival of mankind. Though this success has been achieved by human beings through scientific and technological methods, it significantly results in pollution.

There are many four types of environmental pollution. They are-

The availability of pure water is very less. And the main reason for this is because of human activities.

The addition of harmful chemicals or substances in the water is termed water pollution.

Human activities in the water-

People perform different household activities inside the water bodies such as bathing, washing clothes, utensils etc. make the water polluted. And they also use this contaminated water for drinking purposes which causes various diseases such as jaundice, cholera, typhoid fever, skin infection, diarrhoea, dysentery, meningitis, eye infection and many more.

Many water resources such as river canal seas are getting polluted day by day. And this is also because of the dumping of garbage or waste materials into the water bodies.

As our country is heading towards urbanisation, industrialisation, westernisation and globalisation, so it is obvious that it will give rise to various mills, factories as well as industries.

The main problem is that the factories and industries are releasing all the harmful chemicals, poisonous substances and waste products directly into the water bodies such as rivers, ponds and seas without its treatment. Thus, it results in the death of various creatures living inside the water. It also affects the health of human beings.

The waste released after the mining also increases the pH level of the water. It may result in the rate of increase of the quantity of the minerals, salts and harmful substances. And this had an adverse effect on living beings.

Nowadays, farmers use a number of fertilizers, herbicides, weedicides, and pesticides to increase crop yield. But during the rainy season, these fertilizers get washed away and get accommodated in the water bodies causing water pollution.

The presence of harmful substances and gases in the air, such as chemicals from the mill, factories, dust, smoke, pollen, etc., in the air, is called air pollution.

The smoke released from the vehicles–

The smoke and the pollution releases from the vehicles such as car buses are the major contributing factor for air pollution. Air pollution mostly occurs in the town and cities where each and every person owns their private vehicle.

The air released by the vehicles produces harmful carbon monoxide, nitrogen dioxide (NO2) and hydrocarbons into the atmosphere. This air pollution damages the cells of the respiratory system.

Industrial waste in the air-

With the changes in society, there is the high growth of industries and factories. The chimneys of the mills and factories began to release out harmful smoke, and this result the pollution in the air. This air pollution can cause lung cancer, chronic respiratory diseases, asthma, emphysema, heart failure, bronchitis and shortened lifespan. This smoke is harmful not only to human beings but also to other creatures.

Soil pollution means the depletion of the quality or the fertility of the soil for the addition of harmful or poisonous substances.

Unnecessary use of fertilizers-

The unnecessary use of fertilizers such as pesticides, herbicides by the farmers reduces the quality of the soil and leads to soil pollution. Plants draw their nutrients from the soil, and as a result of the air pollution, the toxic material destroys the life of the plants. Hence, it has a very bad effect on all living beings. Soil pollution may lead to different diseases such as cough, irritation etc.

Acid rain refers to the rainfall consisting of sulphur and nitrogen oxides. Acid rain is also a major contributing factor for the degradation of the quality of the soil and also leads to soil erosion.

Dumping of garbage is generally found in each and every rural area. Such dumping of waste is also responsible for soil pollution.

Noise pollution means the disturbances created by the noise in the environment.

Solution for the environmental pollution-

Use of public transportation-

Instead of using private vehicles like bikes and scooters, public transport like buses should be used. And this will lead to the reduction of air and noise pollution.

Use of the plastic should be banned. And the recycling process should be promoted.

Awareness among the people for planting trees-

Awareness should be created by the government as well as by the non-governmental organisation (NGOs) to plant trees which results in the prevention of the different types of environmental issues such as soil erosion, degradation, and different pollution.

The government is checking the pollution, the population growth is also checked, and the recourses are also redeveloped.

And India should follow the ways of sustainable development. Deforestation should also be totally stopped. And all these measures will definitely help mankind to fight against the environmental issues in India.