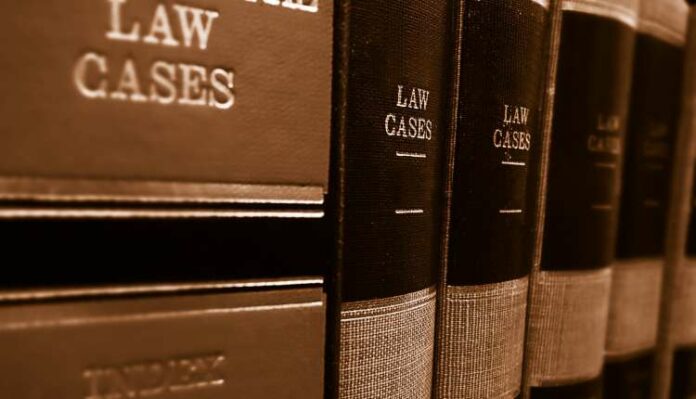 “Knowledge is power” many of us remember Little Finger says this to Queen Cersei, and it is true as Margret Atwood says, ‘a word after a word after a word is power. When I told my friends and family I wanted to become a lawyer, they immediately told me to get ready to read lots and lots of books, because that’s what they have seen other lawyers do and after my own experience and seeing so many people leading the field, it is true to its core. Lawyers read a lot and after some time books become an extension of our personality. From enjoying comic books and sweet romance novels to reading commentaries on the constitution of India, the journey is filled with so many books, and it is amazing. Reading books, not just for fun but also doing the very basic such as preparing an argument or backing an already prepared argument with requisite case laws, the books not only provide us grave details and help us understand difficult concepts, but sometimes these books change the way we have seen society or the purpose of the law which we had comprehended wrongly.

This list of books includes books every lawyer should read once in their lifetime. These books help us understand the vast field of law and understand the societal impact it has.

1. To Kill a Mockingbird:

To Kill a Mockingbird is a classic and a book that every lawyer should read and everyone should read. Top of the bestsellers’ list, this book was first published in 1960, written by Harper Lee. Right after its publication, the book won the famous Pulitzer Prize in 1961. The story is set in the Southern part of America, and the story is from the perspective of a 10-year-old girl. The novel revolves around the theme of race and the justice system. Justice is the prominent theme of the book and the clash of morality with the legal system. This book is definitely a classic, and with all the ingredients such as race, the idea of justice, morality, and legal system all in one place pushes one to think and question the system.

2. Before Memory Fades: An Autobiography:

Before Memory Fades is written by Fali S. Nariman, Fali S. Nariman was one of the prominent lawyers and senior advocates in the Supreme Court of India. Not only was he a well-known lawyer but also an eminent jurist. His autobiography introduces his early life and mentioning the details of his work as a lawyer. The main highlights of the book include his decision to defend the Union Carbide Company and controversy surrounding that decision, his resignation from the post of Additional Solicitor General of India coming in opposition to Indira Gandhi’s declaration of national emergency.

The book outlines his ideas about the principles laid down in the constitution and the functioning of the judiciary. His concerns about the relationship of politics with the welfare and functioning of the judiciary were not only relevant in 2012 when the book was first published but today also when the contempt proceedings have been started against people for asking the same question and raising the same concerns. The book is so refreshing and gives a guiding hand to young lawyers and law students.

3. The Trial by Franz Kafka:

The Trial is a book that is not only on the must-read list of every law student but any reader, and if it’s not on your to be read list, then you need to add it. The Trial was written by a German author Franz Kafka originally published in 1925. The book is one of the major works of the author and is a story of a common man trapped in law, bureaucracy. The book is a lamp throwing light on the helplessness of a man facing a completely incomprehensible system. The book is about the protagonist’s encounters with the law, which he cannot understand, comprehend and see and the courts, which he cannot approach. The use of symbolism, imagery and metaphors binds a reader, and it feels almost suffocating reading the book and seeing how inevitable the protagonist’s fate is. The book sometimes even acts as a mirror reflection of the present time courtroom proceedings. Overall it’s a worthy read and completely opens up the mind to new perspectives and full disclosure; it might be a little difficult to understand for some readers given that it’s a very complex work of art.

As many as 13 editions of this book have been published since the first time it was published in the year 1973. For most of us who see bureaucrats and people holding public offices succumb to the demands of people in power and give in to the pressure created by highly influential people, it is not only refreshing to read about someone who would be bold enough to stand out in the crowd and to think not about the consequences which would ensue from his words he was a man who stuck to his principles. The book is a collection of many events of the former judge’s life, and a mention of Morarji Desai here and a mention of Jinnah did not let the recollection of events a dull one. The warmth exuding from the book has all the readers hooked to it apart from the exceptional persona of the great person that the author was.

This exceptional book authored by a known name in the corporate world is an absolute delight not only because of the choice of judgments which are analysed but also because to the students building an interest in constitutional law this provides an extra advantage by making them familiar with the political background and courtroom politics, the reasons which led to these judgments and here I do not mean the main point of dispute but to the specific reasons why a particular judge chose to interpret the law the way it was interpreted. Zia Mody is not only an exceptional lawyer successfully running a major law firm, but also her insights into the field of law and profound knowledge makes this book a must-read for every lawyer or law student. The book starts with Soli Sorabjee writing a foreword mentioning the importance of the constitution in our lives and then the author carrying forward writing about women in the legal field. This is what makes this book the best in the category.

I do not know any lawyer or law student who does not know Nani Palkhivala. Being a stalwart in the legal arena and easily one of the most sought lawyers at that time, Nani Palkhivala was known for his phenomenal persuasive advocacy skills. From being the lawyer arguing in the most important constitutional matters to representing India in international disputes as well, the book throws light on his life and career, which gives us a glimpse of his rare personality. The authors, as they write the book, provide us with a pathway to learn about the phenomenal advocacy skills and deep knowledge, which Nani Palkhivala possessed.

7. Anita Gets Bail: What Are Our Courts Doing? What Should We Do About Them?

Written by Arun Shourie, this book is a representation or, as many would like to call is a misrepresentation of the working of our legal system. The book starts with the anecdote of the author’s personal encounter with the crumbling judicial system of India, followed by the dissection of judgments covering instances of judicial corruption, individuals failing the institution. While he does raise god questions about the sad state of affairs of the legal system, the book does the job of convincing us that the system is in shambles and nobody is doing anything about it. Although the book succeeds in making the readers criticize the way things are working right now and maybe pushing them to scrutinise the judgments, it somehow only provides a one-sided story. Still, nevertheless, the book is a great read for everyone who is interested both in law and politics and the part where both these collide.

The famous double murder of Arushi Talwar and the house help in her parents’ home became a case every household knew about. The main reason being the coldblooded murder, but that’s not the only reason the consequent handling of the investigation and the mysterious murderer’s involvement made it more famous. The book is a collection of interviews and documents etc., which reveal the horrifying image of the judicial system of India, which failed us. The judicial system here is not limited to the courts and courtroom officials, and it also includes the law enforcement agencies viz. the police and CBI. The book highlights the rash manner in which the case was handled by police and the use of unethical means by CBI to close cases, and for what? Just to maintain their image. The book obviously does not give us any answers as to who killed Arushi but certainly is a mirror reflection of the functioning of the court and police investigation in murder cases, especially a high profile case like this one.

9. Abhinav Chandrachud — Republic of Rhetoric: Free Speech and the Constitution of India:

The book is about Abhinav Chandrachud’s journey exploring the history of free speech jurisprudence in India. The book encompasses discussions on hate speech, obscenity, political speech, sedition laws and contempt of court. The author goes on to delve into the state of free speech in the colonial era and how it’s different from the present times, later concluding that, in fact, nothing has changed with the coming of the Constitution of India and as far as free speech is concerned the Indian situation is still set in the colonial period. The book is a great read, especially since the free speech jurisprudence is all the more important now, given the social media activism and the State imposing more and more restrictions.

Correlating free speech in the colonial era with the recent instances and issues in the present time provides a deeper insight into the development of free speech jurisprudence.