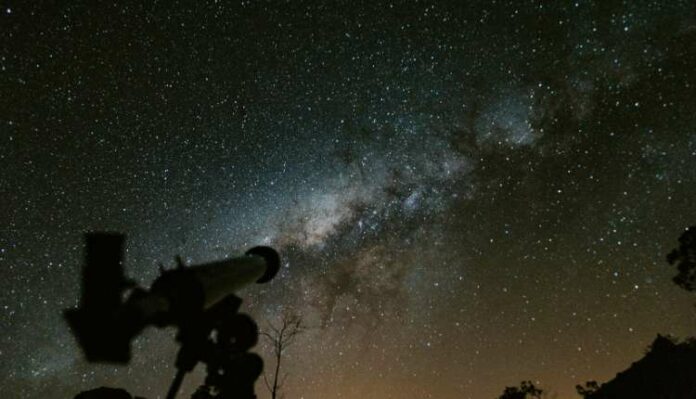 Since the stone age, humans have been fascinated by the sparkling stars in the night sky, which made our ancestors curious to explore the deep mystery and understand the facts about the solar system planets in the universe.

The most complicated question which has fascinated our mind was: How And From Where It All Begins?

It was not until the 1920s when Sir “Georges Henri Lemaitre”, who was a Belgian Church Priest and an Astronomer, came up with the widely accepted cosmological model named “The Big Bang”. The Big Bang model shows how the universe began. According to this model, the universe we look at today was just a small point, smaller than an atom with a region of infinite high density and temperature enclosed by singularity.

14 Billion years ago, this compact region exploded, and the inflation of our universe began, creating the Star, Galaxies, Superclusters, our own Sun; this is known as the “Big Bang Model”.

Solar System means that a system which Solar creates (Sun) with its immense gravity allowing Planets, Asteroids, Comets, and other Celestial bodies to orbit around the Sun. Our solar system works on extremely complicated theories and is filled up with mysteries. Do you know how big our Solar System is? Planets where the Sun rises from the west? The planet which can float on water? So before surveying the universe, we should explore the facts about the solar system planets; let’s Begin

How These 10 Facts Will Change The Way You Look To The Solar System?

1. How Big Is Our Solar System? 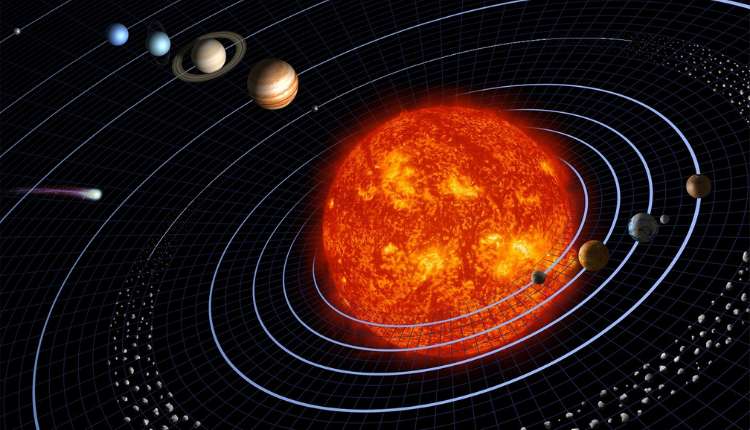 If you went to school before 2006, you have read in the books that our solar system consists of 9 planets, i.e. Mercury, Venus, Earth, Mars (Asteroid Belt), Jupiter, Saturn, Uranus, Neptune, and Pluto, but after 2006 you would have read that the solar system has only 8 Planets (Pluto is no longer considered as a planet) with our Sun energizing the solar system. Do you think that our solar system is only limited to Neptune? Then the answer is No. Our Solar system has a reach way beyond what we can think of. It reaches beyond Neptune, Kuiper Belt, Dwarf planets, and today it marks its boundary with the ice made objects like crystals known as “Oort Clouds”. The distance of the Oort Cloud is approximately 100,000 AU (Astronomical Unit); for your reference, 1 AU = Distance between the sun and the earth, which is equivalent to 150 Million Km (15 Crore Km). Now you can imagine that our solar system is far more compact and puzzling.

2. Requirements to Be a Planet in Our Solar System: 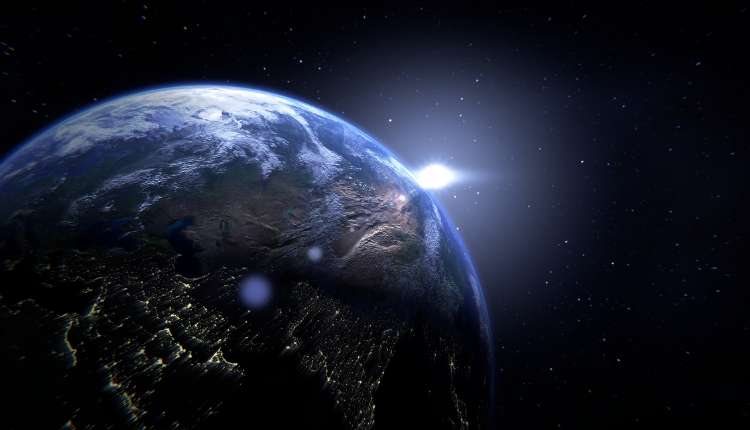 There are 3 important requirements in Astronomy set by IAU (International Astronomical Union), which celestial objects should fulfil to be a planet.

Additionally, we can say that the celestial body should not have its heat and light. 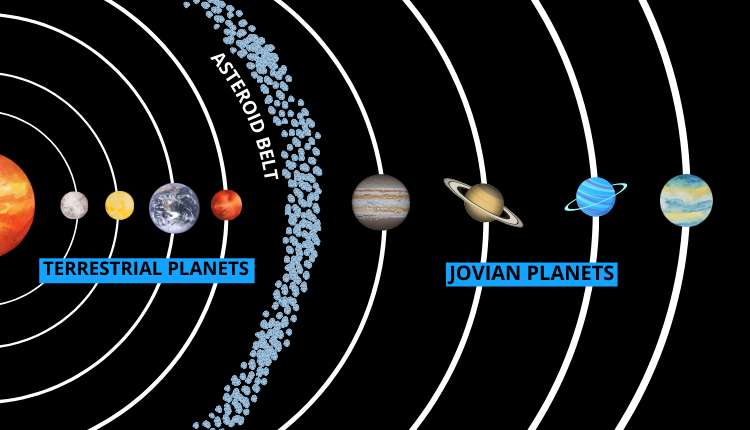 The planets in our solar systems are divided through Asteroid Belt into two categories:-

Terrestrial Planets: The first four planets from the Sun, i.e. Mercury, Venus, Earth, Mars, are Terrestrial Planets; as the name suggests, these have a solid outer crust creating a land surface on them. These plants have very few or no natural satellites (moon). A long time ago, Mercury and Venus had their moons, but due to the higher gravity of the sun, it was no longer held by Mercury and Venus. Mars has 2 moons named Phobos and Deimos. Deimos is the smallest natural satellite of our solar system.

Jovian Planets: The four planets beyond the Asteroid Belt are known as Jovian Planets, including Jupiter, Saturn, Uranus, and Neptune; these planets have similarities to Jupiter, which has given them the name of Jovian Planets. As they are mainly composed of gas, and they don’t have a solid land surface or solid outer crust, thus they are also known as the Gas Giants. The outer planets have numerous moons. Scientists believe that Jupiter itself has 79 moons orbiting around it and the biggest moon of our solar system is withheld by Jupiter’s Gravity, known as Ganymede. The famous moon of Saturn is Titan and Titania is the moon of Uranus.

4. Why Venus Is Hotter Than Mercury? 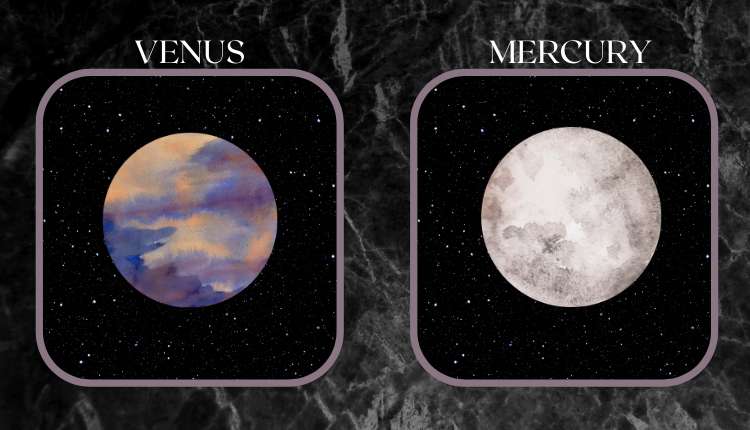 Mercury is the first and the nearest planet to the Sun, but still, Venus is the hottest planet in our solar system. The reason behind this fact is that Mercury does not have any atmosphere around it; hence all the energy taken by the planet through the sun during the daytime doesn’t remain at night, and Mercury observes a huge temperature difference during day and night. Daytime, the Temperature of Mercury Rises Up To 435℃ but during the Night, the Temperature drops to -180℃. This makes Mercury the planet observing the most temperature difference in a day.

On the other hand, Venus has a layer of atmosphere containing more CO2 (Carbon-Di-Oxide). CO2 Gas helps in maintaining the greenhouse effect similar to that of Earth; thus, the energy taken by Venus is being trapped on the planet for the whole day and night, and the temperature of Venus rises more than Mercury. The Venus temperature rises to 470℃ in the day, and due to the greenhouse effect, the temperature doesn’t go down very much hence becoming the hottest planet in our solar system. 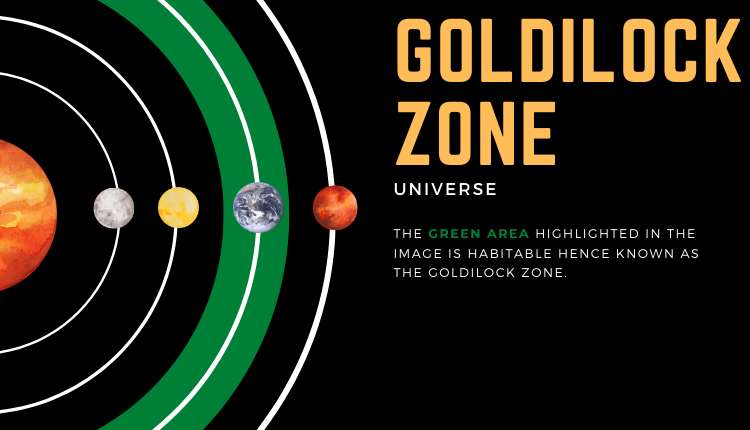 Goldilock Zone is the zone located to a certain distance from the Star/Sun, where the temperature would just be perfect on the planet to have liquid water and this liquid water will give the living organism a chance to survive life could sustain under these conditions. This type of habitable zone around our sun or any star in the universe is known as the “Goldilock Zone”.

6. Planet Which Will Not Sink but Float on Water? 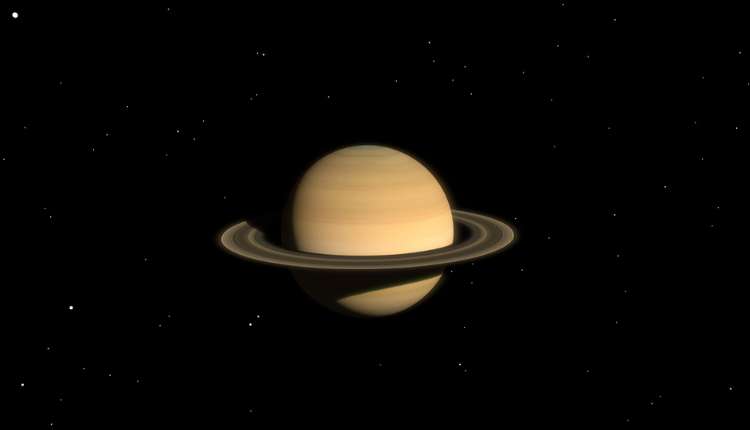 Yes, you have heard it right; there is a planet in our Solar System that will not sink in the water. Can you still guess it? One more hint, it’s the second biggest planet in our Solar system. I think you guessed it right, the name of the planet is Saturn. With the 7 beautiful icy rings around it, Saturn is the only planet that cannot sink in water. As Saturn is a Gas Giant and the 2nd biggest planet of our Solar System after Jupiter, The density of Saturn is less than the density of the water on Earth. The density of Saturn is 687 kg/m3, whereas the density of the water is 1000 kg/m3. What does the unit kg/m3means or kilogram per cubic meter? Let’s try to think practical, take an empty container whose Length is 1meter, Width is 1meter and Height is 1meter. Now fill the container with water; once the container is filled, measure the weight of the container, it will be 1000 Kg.

We all know that any object whose density is less than water will not sink and start floating on water. This is the reason Saturn will float on water.

7. Planets on Which the Sun Rises From the West? 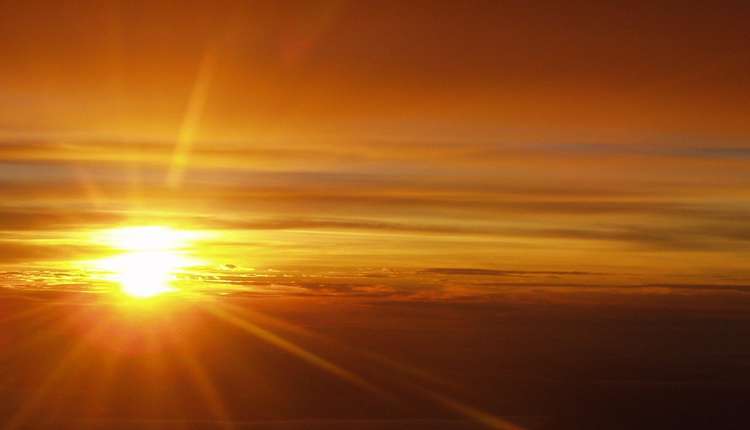 Supposedly, if you somehow time-travelled to an unknown planet and you wake up in the morning and bang, you are surprised by looking to the Sun as it was rising from the West. Then do not panic; you might have either landed on Venus or Uranus. These two beautiful planets rotate (on their axis) in clockwise directions, i.e. East To West, as compared to the rest of the planets whose rotation is Anti-Clockwise, i.e. West To East. This is the reason that on both these planets, the sun rises in the West and sets in the East.

As you have already read this article and you know that Uranus is a Gas Giant, it doesn’t have any land, but Venus does have a solid surface; thus, you surely have landed on Venus.

8. Planet on Which One Day Is Almost Equal to One Year and Why? 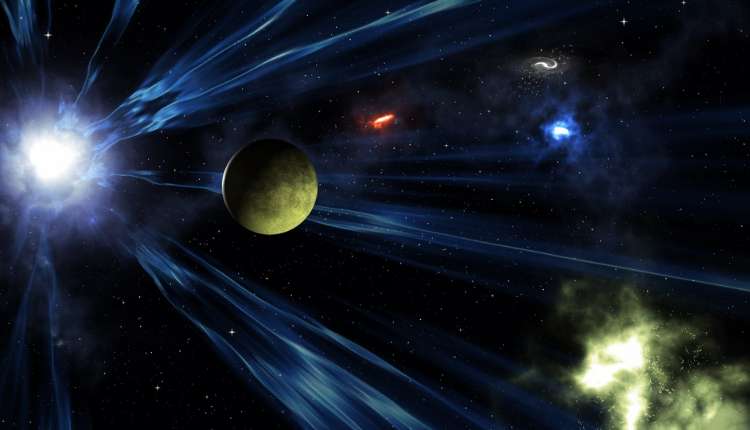 Venus is the planet that completes its rotation on its axis in 243 Earth Days and completes one revolution around the Sun in 225 Earth Days. If you are on Venus, then you might have celebrated your birthday early in the morning, and on the same day, you might celebrate it late-night too, now that’s something interesting. 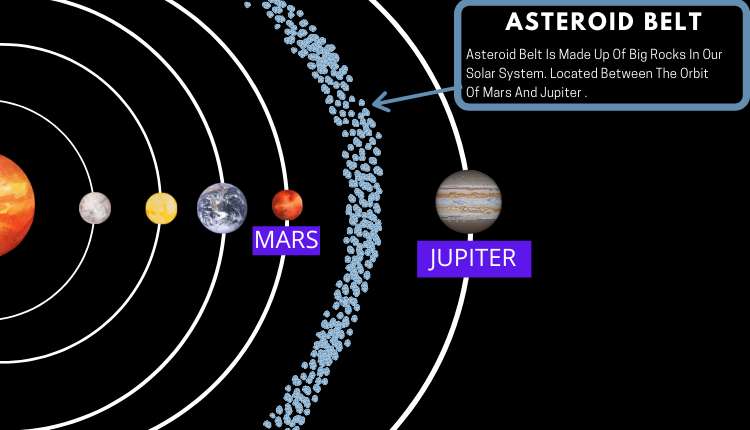 The Asteroids are made up of rocks found in the Asteroid belt between Mars and Jupiter. Smaller forms of Asteroids are known as Meteoroids; when they enter Earth’s Atmosphere, they are known as Meteor, which we call shooting stars. Most of the time, they burn up in the Atmosphere, but if Meteor is big enough to survive the atmospheric drag and hits the earth’s surface, it is known as “Meteorite”. The impact of Meteorite causes a crater (a large hole shaped like a bowl created by the impact of Meteor on the surface of planets and moons) to form. This effect can be seen in India in the form of Lonar Lake, situated in the Buldhana district of Maharashtra, India. Lonar lake is a “Crater Lake” (Lake formed by the impact of Meteorite) estimated to form by the hard impact of Meteor around 50,000 to 55,000 Years ago. 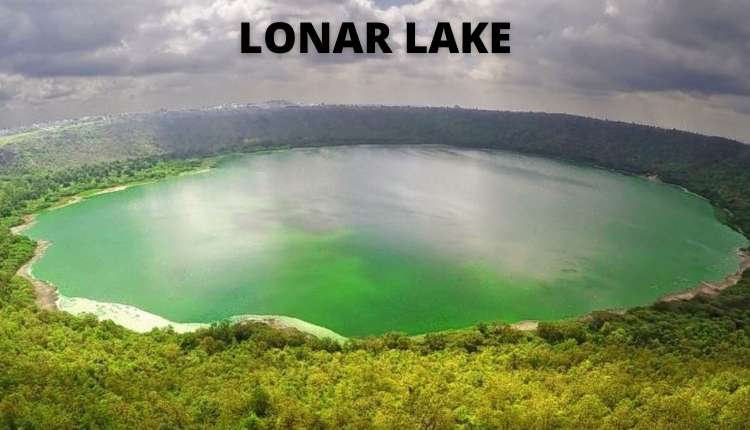 As meteorites are heavy and solid rocks, they are also increasing the Mass of our planet. If the mass of our planet increases, it will gradually slow down the rotation of Earth on its axis. This will create a huge impact in the future as the day will be longer than 24 Hours. If the Mass of the earth will increase, the gravity will increase too because Gravity is the direct function of Mass.

10. Speciality of Every Planet: 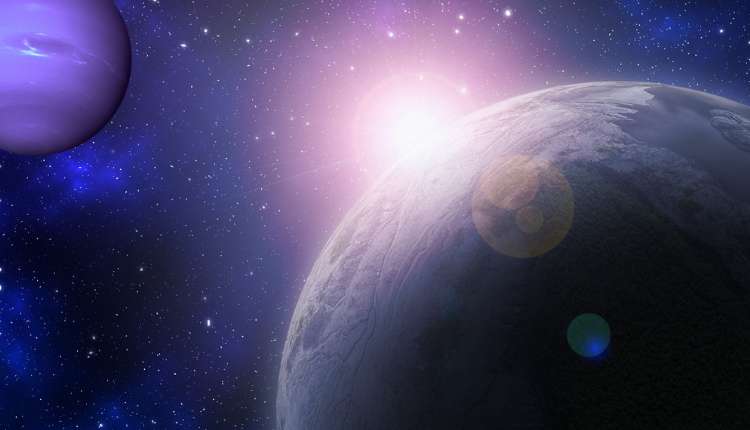