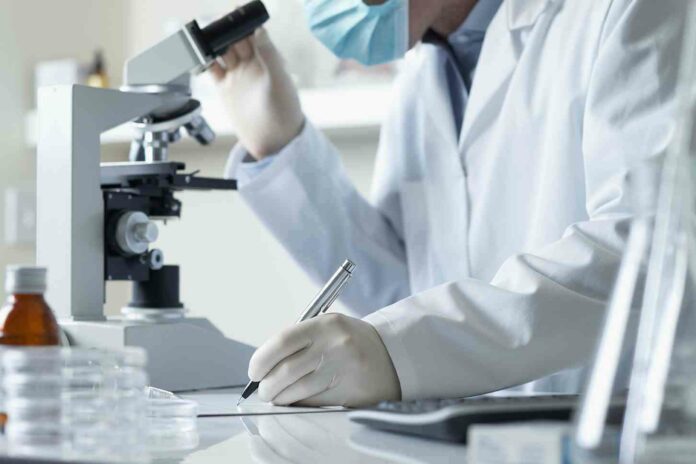 As the last Sunday of January approaches near, the world gears up for celebrating World Leprosy Day with the theme – ending discrimination, stigma and prejudice associated with leprosy. The day will be celebrated on 27th January with an attempt to raise awareness about the age old disease also known as Hansen’s disease or ‘kushthrog’ in layman terms.

The idea of celebrating the day was first given 60 years ago by a French humanitarian Raoul Follereau who spent most of his life helping people suffering from leprosy and creating awareness about the pain and mental trauma that they go through not only by the dreaded disease but also from the discrimination and stigma attached with them throughout their life. 60 years past the objectives remain the same as people are still working for the sufferers to let them get back their lost identity and respect.

In 2005, India was declared to have been succeeded in eliminating leprosy as per the arbitrary definition given by WHO that the disease is said to be eliminated when there’s less than one case per 10000 of population is detected, but alas, one would be shocked to know that the same country still accounts for about 60% of new cases of leprosy emerging across the world every year. One would wonder what exactly leprosy is and why such a disease, as old as human civilization, still persists in the country which is known to be one of the fastest growing country in the field of medicine and science. Hence this article is an attempt to answer all the questions regarding leprosy – the emerging, silent emergency and the stigma associated with it.

Leprosy: what it is ?

Leprosy is a slow developing mildly contagious disease that often affects the skin and peripheral nerves of the infected individual. The skin lesions appear as granuloma or nodule like hence it is also considered as a granulomatous disease similar to tuberculosis.

Although it is easily treatable condition with antibiotics, if left untreated, it can lead to severe disfigurement. As a result, in the past leprosy was considered to be a punishment given by God and for treatment was unknown that time the patient was usually secluded from the society. The discrimination still exists in many countries, including India.

Leprosy is an infectious disease caused by a slow growing rod shaped bacilli Mycobacterium leprae or Mycobacterium lepromatosis. It grows best at a temperature as low as 80.9 F- 89 F hence cooler areas of the body are most commonly affected. The organism also grows best in the cells that cover and protect the nerve axons so nerves are usually affected after skin.

The disease is known to be endemic in certain parts of the world that includes India, China, Egypt, Japan Nepal, Mexico and Caribbean areas, hence people of these regions are at greater risk of developing leprosy especially those who are in constant contact with the affected person. People who come in contact with animals like armadillos, African chimpanzees and sooty macaques can also get infected with the disease causing organism. Moreover, a genetic predisposition has also been linked with the disease where the person carrying the chromosomal defect in the immune system, particularly q25 region of chromosome 6 is said to have a higher risk of acquiring leprosy.

Leprosy is an airborne infection. The microorganism spreads through infected secretions of upper respiratory tract and nasal mucosa. This occurs when the infected person sneezes or coughs. Close contact with the affected person is the most likely mode of transmission. Although this mode of transmission seems to be the best answer to the questions concerning the spread of disease, about 50% of those who did contract the disease didn’t seem to report constant contact with the infected person. Hence other factors like environmental factors, degree of exposure, genetic makeup and the susceptibility of the individual also govern the spread of the disease.

The pathogen can also enter the body through breaks in the skin. It is apparently unable to enter the intact skin. Very rarely the infection may spread through infected animals as already mentioned. Although rare, but transmission through these animals is the most likely reason for the disease to not being able to get completely eliminated from the endemic regions.

It is noteworthy that the disease does not spread through sexual contact . The infected mother cannot transmit the infection to her unborn child.

Signs and symptoms of leprosy

Early signs and symptoms of the disease are subtle and very slow to develop (may take even 20 years to develop) making early diagnosis difficult. The disease usually starts in the areas which are cooler like nasal mucosa, hands, feet and testicles. Some of the first symptoms of leprosy include muscle weakness, numbness in the hands and feet, loss of touch, pressure and temperature sensation or needle prick like sensation.

As the disease progresses pale discoloration of the skin, blisters and ulcers that don’t heal for several weeks are noted. Patients would complain of pain in the joints and sudden weight loss. If the disease infects the eyes it may lead to dryness of the eyes, reduced blinking, iritis, glaucoma and ultimately damage to the eye resulting in blindness. Similarly, itmay also lead to loss of hair when the eyebrows get affected. It can also cause nasal congestion, nose bleeds and collapse of the nasal septum, erectile dysfunction and even kidney failure.

When untreated, it leads to severe deformity of the face, hands and feet resulting in ultimate loss of the nose or digits of hand and feet. The affected person often gets significantly disabled.

The doctor or health care worker does physical examining and looks for the obvious signs and symptoms of leprosy. In addition to it skin biopsies are taken I.e. a small piece of skin or nerve is taken out and tested in the laboratory for confirmation.

It can be prevented by avoiding close contact with the infected patient. Animals shouldn’t be handled without wearing gloves.

The disease is easily treatable by the use of MDT (multi drug therapy) as recommended by world health organisation (WHO). The regime consists of Dapsone, clofazimine and rifampin. Drugs like minocycline and ciprofloxacin have also been used. The drugs are available free of cost. Treatment usually continues for at least 6months to a year or two. However, these medicines only eliminate the pathogen and prevent further progression. The deformity that has been caused is permanent and cannot be reversed with medications.

Why the adherent stigma with the disease?

Although easily treated the disease has been highly misunderstood since ages. Research suggests that in the past many cultures assumed that it is a curse given by God to the sufferers as the disease is highly disfiguring, is slow to develop and progress and that time there was no known treatment. As people noticed that the disease got transmitted by close contact with the affected person, they resort to seclude such people from the society. These people were considered as unclean or labor and they were compelled to wear ring bells or special clothing so that they could be recognized easily. Although it is now well known that the disease can be completely treated the discrimination against the affected still continues. In fact, even today, there are about 295 different kind of laws that help discriminate against the person suffering from leprosy. To name a few, Hindu marriage act that allows a person to take divorce, legal on the grounds of leprosy although it is now well established that the disease is mildly infectious and as soon as the treatment starts the period of inactivity cease to exist. Many states don’t allow such patients to avail employment opportunities and they resort to begging to make a living. They are prohibited to contest in a local election, debarred from travelling by train and not even allowed to get a driving license.

Although the central government decided to repeal all the obsolete laws promoting discrimination against the leprosy affected person in the year 2014 and despite the constant effort of TLMTI (Leprosy Mission Trust India) in submitting the report on ‘eliminating discrimination against persons affected by leprosy’ (EDPAL Bill) to the union minister of law and justice, the act of Bill becoming a law and its implementation seems to be an uphill task.

Leprosy is an endemic disease in various parts of India. The disease is constantly maintained without any external outputs in most Indian states that include Madhya Pradesh, Chhattisgarh, Uttar Pradesh, Bihar, Jharkhand, Maharashtra, Odisha, Andhra Pradesh and Tamilnadu. The endemic nature might be due to the transmission of the pathogen in animals.

The second most important reason is the associated discrimination and stigma that the leprosy affected person suffers from. With the fear of being outcast from the society and losing employment and other means of livelihood people don’t come forward voluntarily for early diagnosis and treatment of the disease. The still persisting discriminatory laws add to the mental trauma that these people go through.

In 2005 when WHO declared India as free from leprosy based on an arbitrary definition of less than one case per 10000 population, most of the awareness and eradication programsdeviated from leprosy to other diseases like HIV and AIDS. In addition to lack of adequate health care personal and fund raising further diluted the public health programme.

Moreover, at the primary health care level the doctors and health workers often fail to diagnose the early signs of leprosy or certain atypical cases or silent neuritis. Hence, timely treatment is not started and the disease progresses unhindered.

Although the treatment of leprosy is available free of cost, the condition is often diagnosed late requiring more set of medications like steroids, which need to be purchased and are not available free of charge. A study has suggested that such patients are burdened with about 40% of their monthly income going away in the treatment resulting in too early fall out.

The need of the hour

Due to the above stated reasons it is alarming to note that despite being declared as leprosy free by WHO, every year about 1.25 lakhs of new cases of leprosy are being reported in India itself, most of them being children and this number is definitely an underestimate of the real leprosy burden. The number continues to increase, which calls for urgent public attention. The need of the hour is that the policymakers, health professionals, NGOs and other private agencies come together to work against the dreadful disease. Quality training, advanced technology and up-to-date knowledge to the doctors, nurses and paramedics should be provided for accurate diagnosis and treatment. Public awareness that the disease is curable and not to be feared is imperative to end the existing rampant stigma that prevents the patients from obtaining early treatment until the deformities become irreversible.

On the grounds of humanity, it is our responsibility to not only give back the lost respect, identity and dignity, but also mainstream the affected individuals which they not only deserve but have a right too. By doing this we would make our country one step closer to the world free of leprosy.