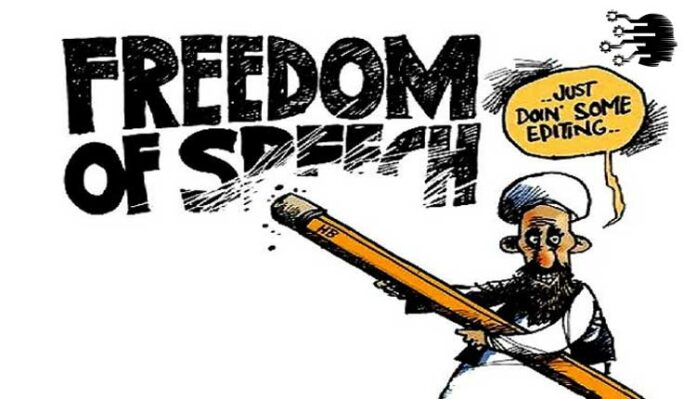 The right to free speech is one of the most celebrated as well as vigorously guarded civil liberties from any sort of government intrusion. The United Nations Universal Declaration of Human Rights provides in article 19 that the freedom of speech is an inherently ambiguous concept. It requires definition and elucidation and the Government of a country is the conspicuous place for such illuminations to be made. The freedom of speech is significantly limited in countries like China, North Korea and South Korea whose Government is officially atheist.

They believe that different countries and civilizations have their core values that other countries need to respect and therefore they have been rejecting criticism from other countries of their restrictions on political freedom. In India, the freedoms are comparable to those in the United States and Western European democracies who appropriately restrict anything which is deemed to be offensive. In Islamic countries like Saudi Arabia, Iran and Iraq there is strict restriction on blasphemy against their religion. The penalty for committing such a crime can be as fatal as death.

Taking the work of Central Board of Film Certification (CBFC) in India as an instance, it can be easily brought to light that how it helps in avoiding disputes which the motion pictures could otherwise incite. Censorship helps to negotiate the boundaries between prohibition and acceptability. Giving people the right to freely express themselves is surely a commendable step any free country can take but a line surely needs to be drawn as the maturity of people cannot be always acceptable.

The ubiquitous news of the massacre related to the French magazine, Charlie Hebdo, in the year 2015 led to a new debate worldwide that whether the freedom of speech granted by the democratic nations to its citizens should impose limitations on it or not. The French satirical magazine which is known for its anti-religion approach had to suffer an outrageous attack for publishing blasphemous cartoons of Prophet Mohammad.

Though terrorism was the main issue in the Paris attack, still the debate they incited – about the parameters of free speech – saw a majority of Muslims and other people of the world being in support of curtailing the offensive views from the freedom granted to people.

By publishing a special survival issue of the magazine with another cartoon depicting the Prophet after the massacre, the magazine workers along with the support of several people in France and other parts of the world, tried to declare that their freedom won’t be suppressed by such acts of violence. The hypocrisy of people is evidently blatant as terrorist attacks on rather innocent people in countries like Gaza needed such protests too.

The Government of France, at least at this stage, should take remedial steps in order to restrict their freedom. Acknowledging the fact that the extreme step taken by the terrorists, who were overtly offended by the cartoon, is to be condemned but the tragedy could have been surely avoided if the magazine’s workers considered the sentiments of the Muslims once.

It surely doesn’t mean that terrorism is condoned in anyway but acceptably prevention is better than cure. Maybe the magazine workers could have thought of some other way to increase the sale of their magazine instead of creating such a mockery of people’s belief. Though now they have eventually gained huge fame worldwide but all this at the cost of the lives of workers was surely not an anticipated dream of the people of the magazine.