Generation X : Struggling to Strike a Balance Between Conflicting Demands 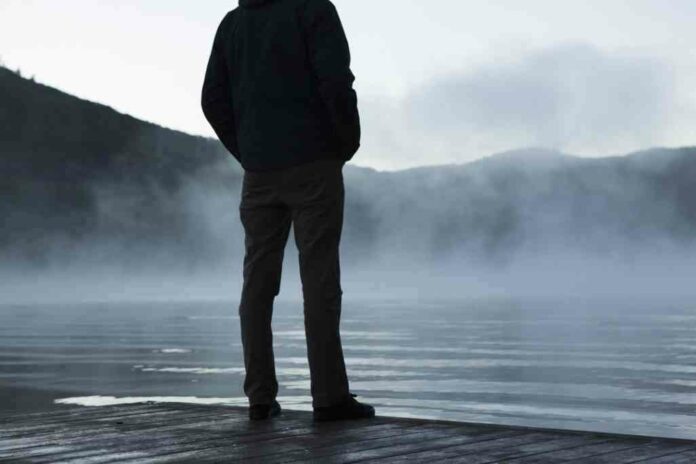 Krishna P (not his real name) will be nearing 53 years by next February. Krishna’s wife is a software geek and his only son Vimal is cooling his heels in college. Vimal has entered college with the sole idea of having fun. Krishna hails from Rajahmundry in Andhra Pradesh and his only brother lives in Muscat. Krishna has diabetes, thyroid and high levels of uric acid in his blood. Last month, Krishna was advised medication to deal with hypertension related issues. Krishna works as a SEO expert in a Bangalore-based firm after two decades experience in sales (hardware).

Krishna has been visiting the shrink since last May. His parents keep making unreasonable demands – yet Krishna is so emotionally attached to them that he cannot say no to them. Besides trips to their family gods/goddesses in their ancestral village, Krishna has to escort them to his brother’s house in Muscat. He has to also escort them for their frequent medical check ups.

As is the common complaint, Krishna’s parents do not take care of their health and fall sick more often. This puts pressure on Krishna’s schedule. Last year, Krishna’s father underwent open heart surgery. At home, Krishna has no respite. His wife is forever busy at work leaving him to depend on Swiggy, Zomato and Food Panda for meeting his daily dietary needs. Krishna is now eating tablets as they have now become an integral part of his diet. To make matters worse, one of his colleagues Nirmala with whom he interacted quite closely, fell for his charms leading to an extra marital affair between the two. The affair was short circuited when Krishna’s wife Mala discovered their affair and hauled him over the coals.

Vimal, Krishna’s 20 year old son is a cool dude who looks down upon his dad, zips on bikes and cars with pretty 20-somethings; Vimal’s percentage scores in college have never crossed 60. Krishna and Mala want to send Vimal abroad to do a MBA. Vimal has been involved in quite a few skirmishes on his college campus. He was even arrested for reckless driving.

Sounds like a cinema plot? It is not. It is definitely not fiction. The above example illustrates the wrong choices Gen X makes – compelled by circumstances and compelled by their own inner/ hidden desires. Parents have to be managed intelligently with tact and abundant patience. They would seldom see reason. They would behave like adamant children. Gen X have to be assertive and put across their point cogently. The much-pampered children of Gen X will continue to demand from them – one perk after another – smart phones, latest gadgets and gizmos, four wheelers and two wheelers. Gen X have to be patient here too and deal with the situation carefully.

No wonder Krishna was diagnosed with pre-diabetes when he was barely 38 years old. When he continued to ignore medical advice, he was afflicted with diabetes. Krishna who has mostly had a platonic life with his forever busy spouse Mala, had no option, but to succumb to the charms of his office colleague Nirmala. Now Krishna has to shell out a few lakhs to ensure that Nirmala keeps her mouth shut. The only saving grace for Krishna is that his office atmosphere is so peaceful – he can do whatever he wants and no questions would be asked. The Krishna-Nirmala affair was the talk-of-the-office until a fellow worker who knew Mala spilled the beans to her.

Are the incidents in Krishna’s life unique to him? May be; may be not. To each his own. The premise is the same. Incidents may be different. Gen X is often torn between the love for parents and love for children. It is truly a case of being “sandwiched” between the two generations. This pressure is leading to enormous stress and eventually causes lifestyle diseases and psychosomatic illnesses. Krishna is also suffering from insomnia. Fear, frustration and anger (FFA) are building up within him leading to angst. He is sensing a feeling of helplessness.

A few sessions of hypnotherapy only revealed the dark, ugly secrets in Krishna’s life – how, as a teenager, he seduced his cousin; how he cheated in his exams; the affairs and brothel visits when he was an engineering college student in Kerala, how he is deprived of a man’s basic need after marriage; how his loyalty and devotion to his aging parents has been taken advantage of, how his younger brother takes him for a ride….

What has been narrated here is only the tip of the iceberg. There are many individuals like Krishna who are running behind hypnotherapy, therapy, counselling etc. without understanding what is really bugging them. Our conscience is the biggest power in the world. It has tremendous influence on our well being. When we act against our conscience, we are bound to be plagued with such ills and ailments. Meditation is the best solution – to burn FFA.

There are no quick fixes to problems such as these that seem to be afflicting Generation X. However. a reasonable degree of assertiveness is not wrong. Krishna can talk to his wife and apologize to her. He may need to tell her that her 24×7 busy work culture is leaving little time for them to inndulge in physical display of affection and more. He needs to explain to his wife that forever depending on food aggregators is playing havoc with his digestive tract.  Lack of intimacy with his spouse is what is causing Krishna sleepless nights.

Some of these aspects may need Krishna to speak to a counselor. But he has to choose someone who has got good credibility – not someone who features on top of the SERP (search engine results page) thanks to Google Ads. He also needs to demonstrate abundance of tact while dealing with his parents. Krishna’s son Vimal is a spolit-brat and unless both parents have a sit-down with him, things can only take a turn for the worse.

Generation X are a hassled lot. They face challenges in dealing with their parents and their children. Therapy is not a solution. Simple meditation can also work wonders. In metropolitan cities, therapists charge a bomb for listening to your grievances. They also do not offer a guarantee that they will solve your problems. Often people get fooled looking at all the testimonials. At  the end of the day, it is the therapist whose bank balance keeps on growing even as problems faced by people like Krishna keep mounting. The dual stress faced by Gen X is leading to a host of illnesses – both physical and mental; So it is better to start taking action before the problems get aggravated and spiral out of control.