Vitamin D The Sunshine Vitamin: Its Deficiency and Prevention 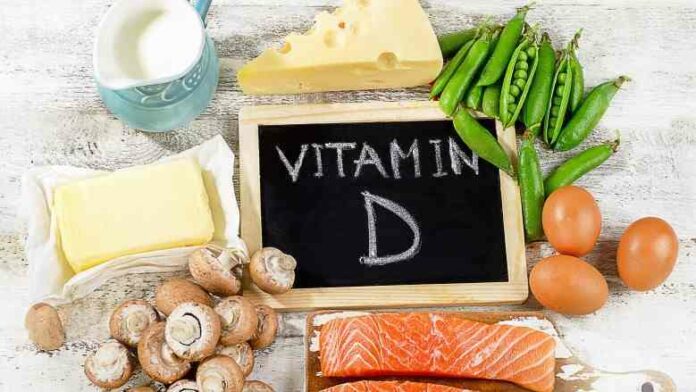 Vitamin D also known as the sunshine vitamin is a crucial vitamin that belongs to the group of fat soluble vitamins. It helps in the absorption of calcium in the body. Calcium is the main constituent of bones and teeth. Vitamin D deficiency is the most under-diagnosed and under-treated nutritional deficiency in the world. Its deficiency is prevalent in both rural and urban areas. Vitamin D deficiency plays an important role in prevalence of rickets, osteoporosis, cardiovascular diseases, diabetes, cancer and infections such as tuberculosis in India. Vitamin D is also known as an “anti-ricketic” factor. It is considered as a unique nutrient because it can be synthesized endogenously (skin) and it functions as a hormone. This fat soluble vitamin is required to maintain the normal circulation of calcium and phosphate in the body. Some  important conditions like nerve conduction, blood coagulation, bone mineralization, insulin balance are directly affected by adequate calcium levels in blood.

The scientific name of vitamin D is Calciferol. The vitamin was isolated in crystalline form. Most foods are low in vitamin D, although it is found in small quantities like butter, cream, egg yolks, and liver. Fish liver oil is the best source of vitamin D. Although many people consider sunshine as an important source of vitamin D, is it not exactly a source. It helps in the synthesis and absorption of vitamin D rather than providing vitamin D itself. There are at least 10 sterols which are provitamins D. Two major sterols that are converted into vitamin D by the action of UV light or sunshine are ergosterol which gives ergocalciferol and 7-dehydrocholesterol which gives cholecalciferol. This vitamin is stable during preparations of food containing it and can be kept for long periods without any degradation. There are several reasons for its deficiency which include low vitamin D content of foods, unaffordable prices of milk and milk products and rampant dilution and/or adulteration of milk and milk products. Another common reason for decreased vitamin D intake in Indian women is less exposure of skin to sun light, because of cultural and traditional habits like “burqa” or “parda”. Also people prefer to stay indoor these days. Further there are misconceptions that only early morning sunlight is good for vitamin D synthesis, slight exposure to sunlight can initiate skin cancer and fear of skin tanning are other factors that contribute to less vitamin D intake amongst people.

Like other fat soluble vitamins, vitamin D can be stored in the body. Its function is to produce an important hormone called vitamin D3 hormone. This is formed by the liver and kidney and this is essential for overall functioning of the vitamin which includes promotion of growth and proper mineralization of bones and teeth, absorption of calcium, transport of phosphates in instestines, maintaining proper calcium and phosphorous levels in the serum etc.

Vitamin D deficiency in children during the period of active skeletal growth causes rickets which results from the defective mineralization of the ends of rhe growing bones. As a result the ends becomes pliable and takes a bent form resulting in bowlegs, enlargement of bones and joints. In adults, the deficiency causes osteomalacia owing to defective mineralization. This leads to decalcification of bone shafts and there is a tendency for fractures rather than bending. Symptoms include bone pain, muscle weakness. Lower levels of the vitamin is also associated with increased risk of cardio vascular disease, asthma in children and cancer. Osteoporosis occurs when the bone density decreases. These deficiencies can however be prevented by adequate diet and exposure to sunlight. Foods rich in vitamin D like oily fish, egg yolk, butter etc should be incorporated in the diet. Exposing face, hands and arms on a summer day for 5-10 minutes,two or three times a week is sufficient to maintain vitamin-D nutrition.

Also, dark skinned people require more exposure to sunlight because of the presence of more amount of melanin content in their skin. One international unit of vitamin D is defined as the activity contained in 0.025 mg of cholecalciferol. For infants, children and adolescents a daily allowance of 10 mg is required. During pregnancy and lactation an additional allowance of 5 mg is required. Vitamin D supplements are also available. Higher doses of these supplements increases the levels initially, but then it comes back to its normal level once the supplementation is stopped. Another way is of food fortification. Food fortification is the method or a process of enriching the additional micronutrients to food. This is important to ensure that the population of engaged in a balanced diet. As supplementation is expensive and cannot be practiced by eceryone, food fortification can be done to ensure proper levels of this vitamin. In countries like USA and Canada, milk, orange juice, cheese, cereal products are fortified with vitamin D. In India, staple foods like roti, sattu, besan etc can be fortified with the vitamin to function as an effective vehicle for carrying vitamin D. In a study it was shown that mill fortified with vitamin D given to teenagers showed an increase in the levels of vitamin in their body. There are certain conditions that might interfere with the absorption of vitamin D which includes celiac disease, which can damage the intestinal linings and prevent absorption of vitamin D, certain types of cancers and lastly, kidney and liver disorders.

India is a country with abundant sunshine, still there is prevalence of vitamin D deficiency and this prevalence is higher in females than males.  Factors responsible for this deficiency includes inadequate diet composition, insufficient exposure to sunlight, unaffordable prices of milk and milk products etc. Thus, to prevent these deficiency diseases, suitable measure should be adopted. Government should see to the fortification of foods with vitamin D so that each one of us can get the appropriate amount of vitamin in our diets. Therefore, each one of us should understand the importance of this vitamin to keep ourselves free from deficiencies and diseases.